In addition to the impressive new launches to be exhibited at the upcoming ...
Browse News Section

In addition to the impressive new launches to be exhibited at the upcoming Monaco Yacht Show, including Wally 50m superyacht Better Place as well as Baltic 72 sailing yacht Stig, Hall Spars fitted yachts have celebrated plenty of victories on the race course this season. 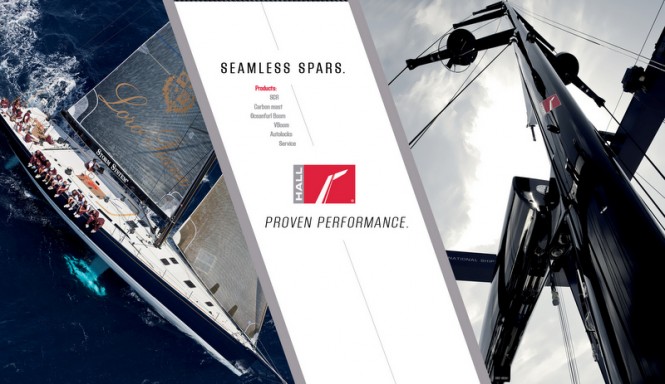 2012 has been a good year for Nilaya
The Baltic 112 superyacht Nilaya is fresh from a victory in the Supermaxi Class at the Maxi Yacht Rolex Cup, where Hall-rigged yachts swept the top three. Other highlights for Nilaya include a Groupe Maxi second place finish at Les Voiles de St. Barth and Line Honors in the Rolex Volcano Race, with Hall-rigged Wally luxury yacht Y3K taking second.

JV72 sailing yacht Bella Mente has seen her share of victory this racing season, with a win in the Mini Maxi Rolex World Championship, second place in the IRC1 division of the New York Yacht Club Annual Regatta, and third place in her class from Newport to Bermuda.

Wally 101 luxury yacht Indio claimed first place in the Loro Piana Caribbean Superyacht Regatta, second place in her class for the Newport to Bermuda Race and 1st in Class and 1st Overall in the Newport Bucket Regatta. 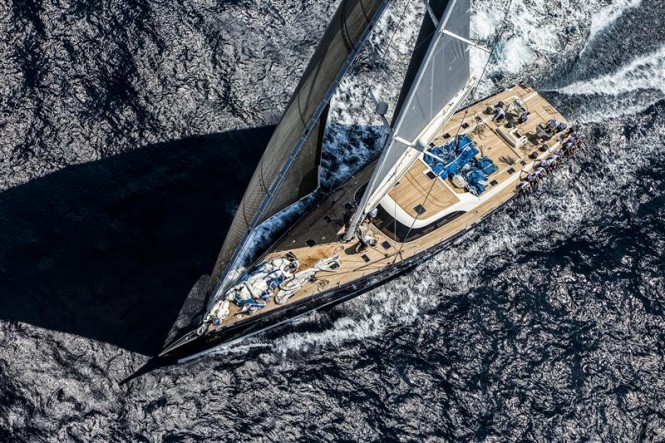 What a ride for team Puma! Mar Mostro scored a first place win in the Discover Ireland In-Port Race, securing victory in the In-Port Series and third place overall in the 2011-2012 Volvo Ocean Race.

Quantum Racing took first place in the IRC 52 Class at Key West Race Week, and went on to win the 2012 Audi Sardinia Cup, claiming victory in the TP52 class and joining Soto 40 Iberdrola for a first place finish for Team USA. 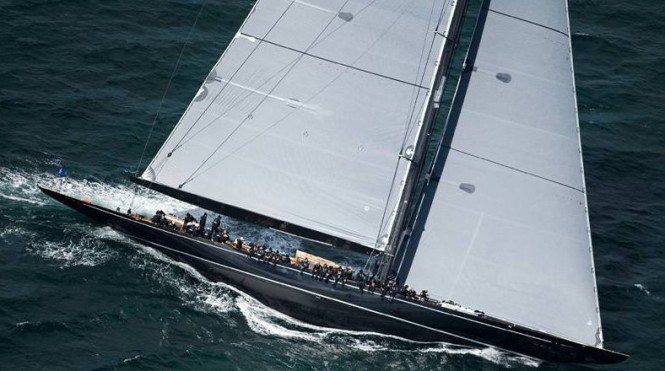 These successes came on the heels of the International Rolex Regatta, where Powerplay claimed first, Antilope (a Grand Soleil 46 and Hall customer) took second, and Mayhem third.

Jongert 29m superyacht Scorpione dei Mari earned second place in the Cruising Division at the Loro Piana Superyacht Regatta, and another podium finish in Class 1 at the Superyacht Cup in Palma, taking third. 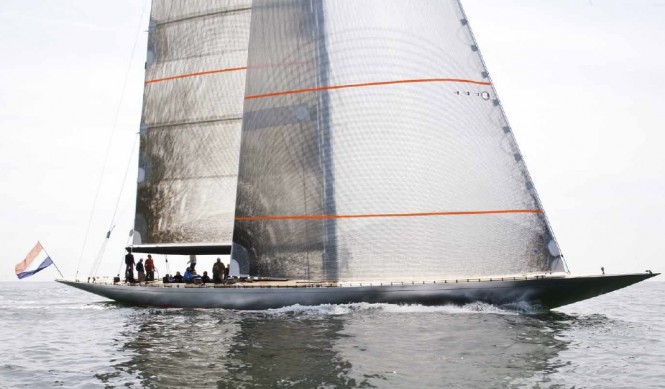 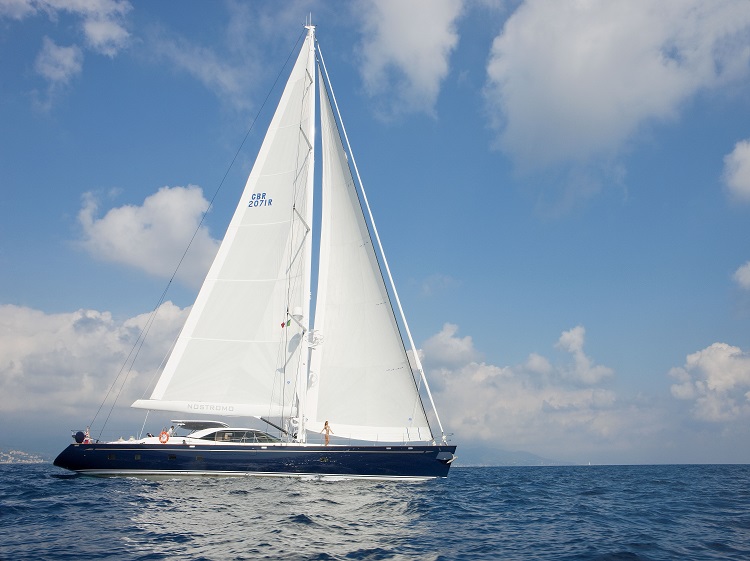 Hall SCR: Seamless Carbon Rigging – The Ultimate Performance Upgrade
Hall’s revolutionary SCR Seamless Carbon Rigging is made by fusing the vertical and diagonal shroud elements form a single, homogeneous piece of rigging. Hall SCR is solid carbon and therefore impervious to water. Other composite rigging products, with braided covers and air pockets inside, let moisture in, which adds weight and can reduce strength.  With proper maintenance, its life expectancy, like that of a Hall carbon mast, can be many decades. 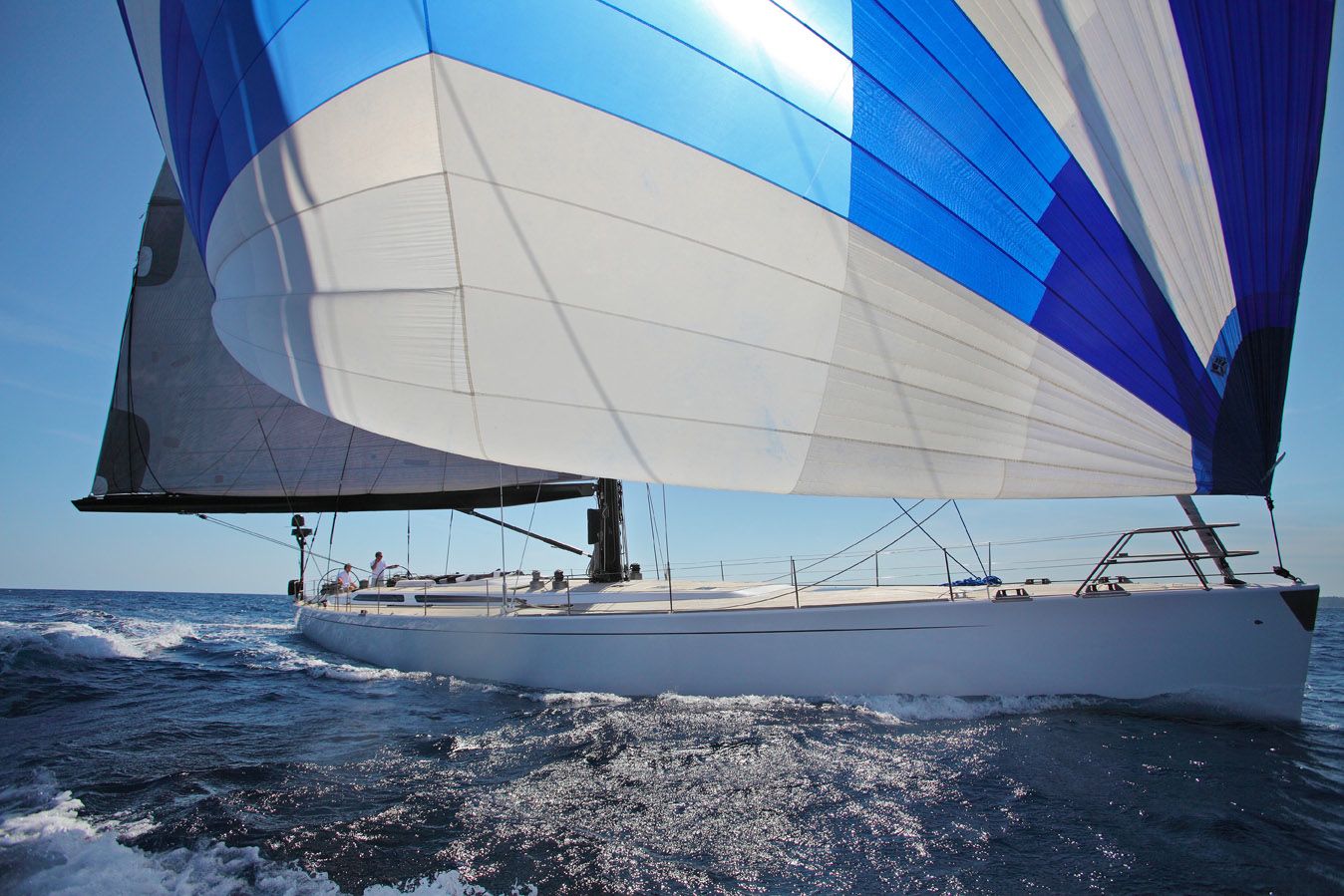 LUPA OF LONDON Under Sail

SCR Round: Hall SCR round rigging has a profile almost identical with Nitronic 50 rod. It has a smaller diameter – and therefore less drag – than bundled carbon and PBO systems. 2012 Maxi Yacht Rolex Cup Supermaxi winner, the Baltic 112 superyacht Nilaya, is outfitted with Hall SCR round.

SCR Continuous: The low-profile rigging shape of SCR continuous as it passes through the spreader allows us to offer a minimum size, elegant spreader tip design. SCR Airfoil continuous rigging can be found on the recently launched Ker 51 Varuna. A sample will be available at the Hall Spars booth, situated at QS32 in the Darse Sud Tent. 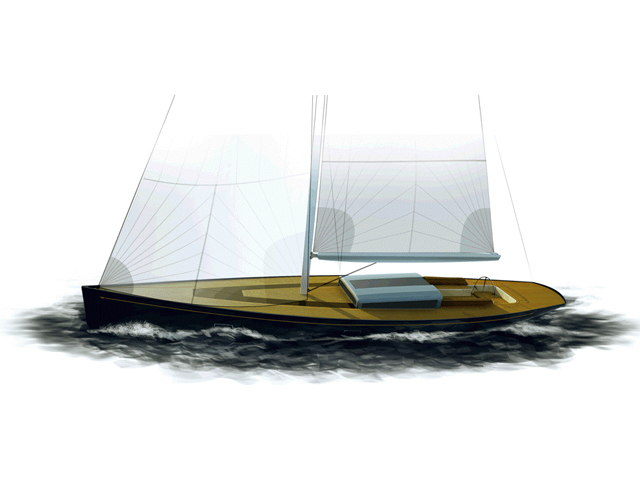 SCR Retrofit Package
Hall SCR carbon rigging is up to 70% lighter than metal rod rigging.  Upgrading to Hall SCR is the best way to improve performance, and one of the easiest. Hall has introduced an SCR retrofit package to replace conventional stainless rod rigging simply and easily. The system is “plug and play” with no mast re-work or spreader modifications required.  New rods can be installed in a matter of hours, and in many cases, Hall rods interface with existing mast and deck hardware for further cost savings.

New AutoLock Design
New for 2012, Hall introduces an internal lock with visual and audio proximity indicators. It is a simple and refined device using standard Hall AutoLock bodies and components that can handle multiple bullets for use with mainsails. Proven to be easily serviceable, the lock can be taken out of the mast with the halyard still in it – no messenger lines needed.

AutoLocks have proven consistency and performance on boats including the Swan 45, Ker 43, Antrim 40, Ker 40, Gunboat 90 and Baltic 78.  Compact and versatile, all parts are self-contained and there are no trip lines to tangle on deck or in the mast. The most consistent and easy-to-service solution on the market, Hall AutoLocks provide a new level of elegant simplicity.

Hall Spars built the tidal turbines with carbon fiber reinforced composites, an ideal material for the loads the turbines will encounter and the marine environment in which they will operate.

Hall Spars Service
Hall Spars and Rigging has more than 30 years of experience building and servicing the world’s most innovative high-performance spars and rigging. No one is better equipped to service one’s superyacht’s mast and rigging. With locations worldwide, technicians from Hall Spars international service team will travel to one’s boat. Hall spar or not, one can still get the famous Hall Service. From annual inspections to rigging replacement, Hall Spars is here to provide the expert service that guarantees the best ongoing performance. 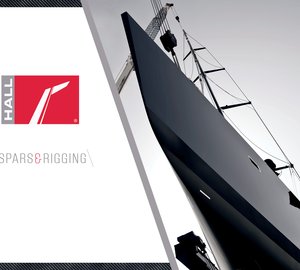 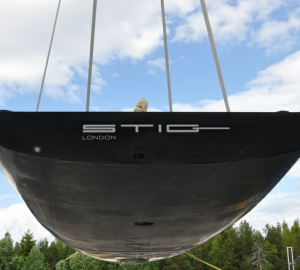 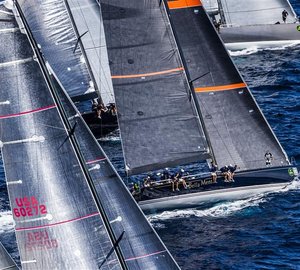 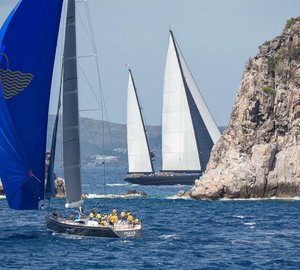