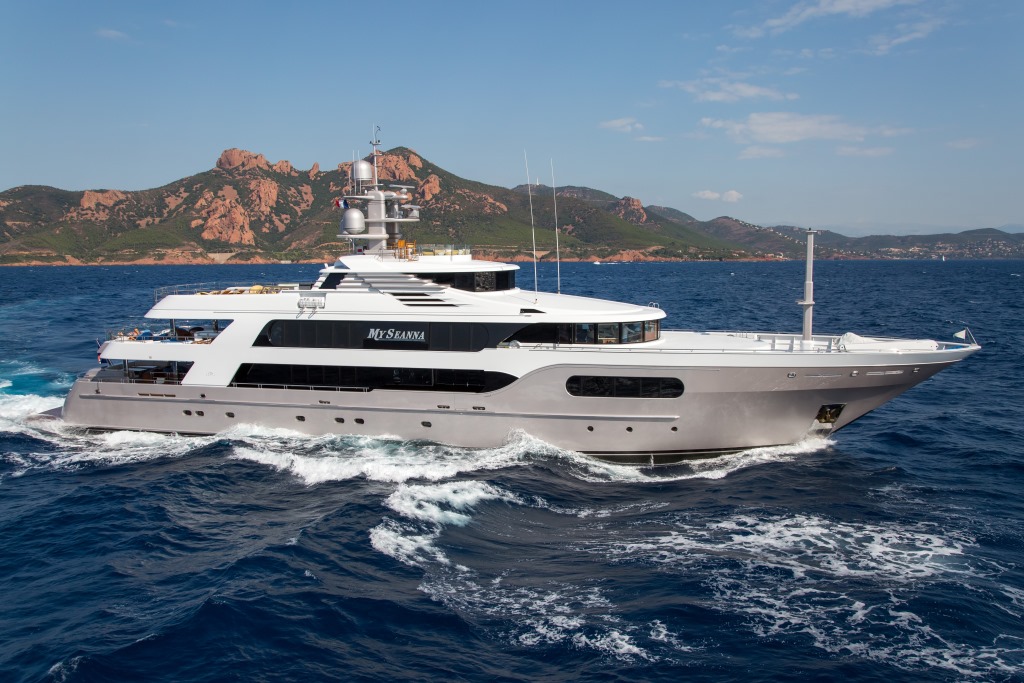 56m/185ft superyahct SEANNA from Delta Marine is available for charter in the Mediterranean and has a confirmed zone 1 berth for the Monaco Grand Prix. Capable of hosting up to 150 guests when dockside, her salons and aft decks are designed for accommodating large groups and the main salon can convert into a dance floor. There are plenty of facilities for after the party as well: a sauna, spa pool and beach club enhance guests' choice for relaxation after a busy day exploring the land and sea or attending the Monaco Grand Prix. ... read full story 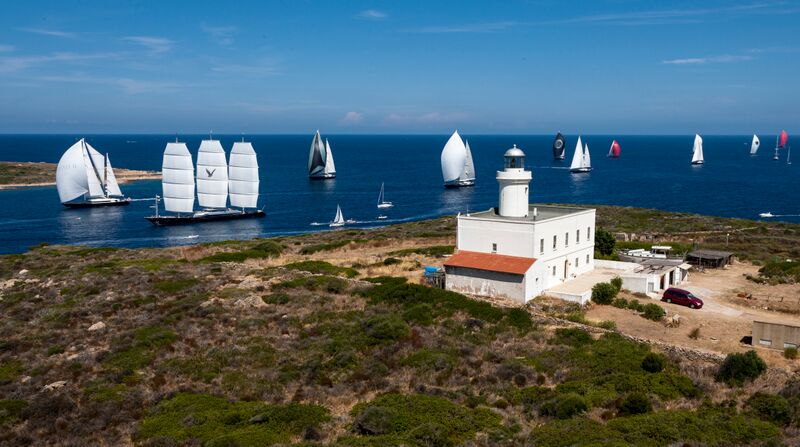 Three luxury vessels wrapped by Wild Group International are currently on display in Monaco. These include the 68m superyacht AVIVA - the largest hull that has been ever wrapped. ... read full story 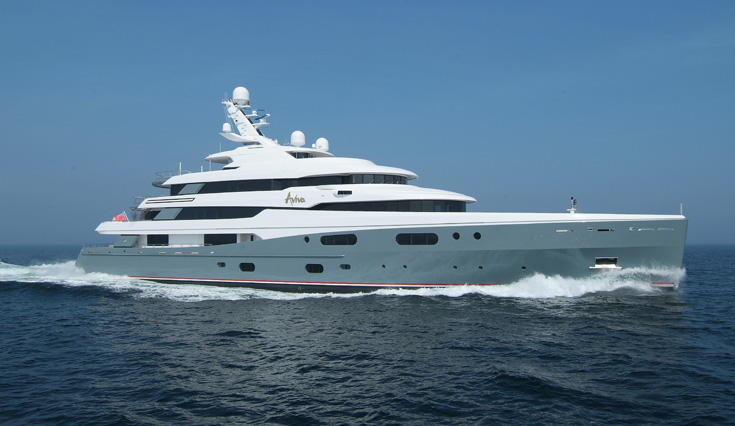 Launched by Abeking & Rasmussen in 2007, the outstanding 68-metre mega yacht Aviva (ex Aviva III) is currently undergoing a full hull wrap at Rybovich yard. The refit is due to be completed at the end of February 2015. ... read full story

Wild Group International has proudly announced the launch of the superior vinyl films 'Färben' into the yachting market. Färben have supplied Wild Group with a colour matched battleship grey for mega yacht Aviva, that is currently undergoing a full hull wrap to her 68m hull in Rybovich, Miami. ... read full story 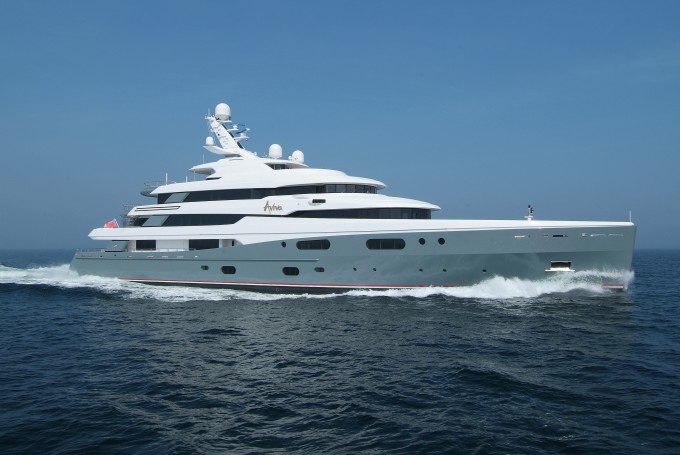 The impressive 68m Abeking & Rasmussen super yacht AVIVA (ex Aviva III) is currently in the Rybovich shipyard for a major refit. Next month will see her become the largest yacht to be wrapped in the new high tech Färben marine foils and films by Wild Group International. ... read full story 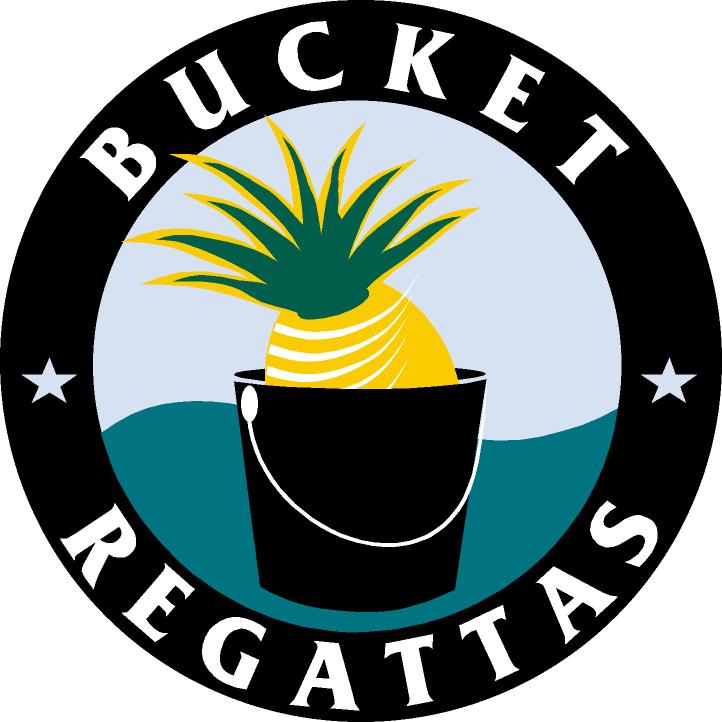 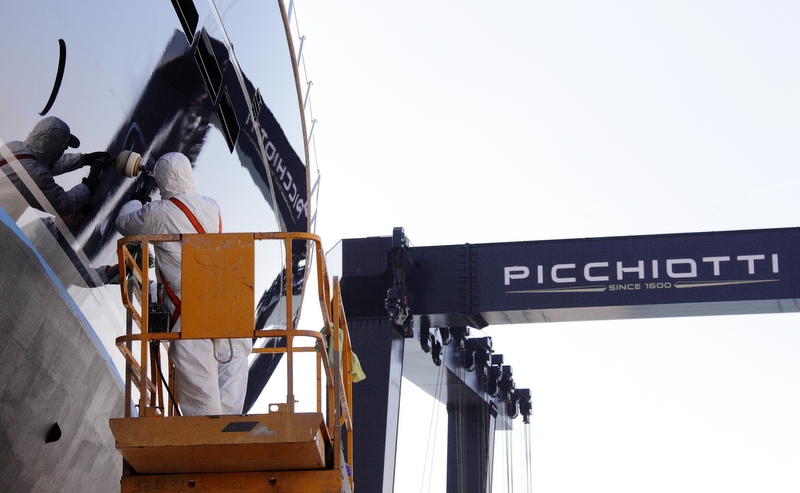 The Authorized Service Facility Agreement has been recently signed by Perini Navi and Picchiotti, both companies of the Perini Navi Group, and Rybovich. Next year, the 73m mega yacht Grace E will be hosted by Rybovich for service work. ... read full story