The latest M60 Motion Pulse superyacht concept by CentroStile was presented with a 1:100 scale model during the 2014 METS. The vessel is a 60-metre maxi yacht, with extreme lines that mainly resembles a military boat. ... read full story 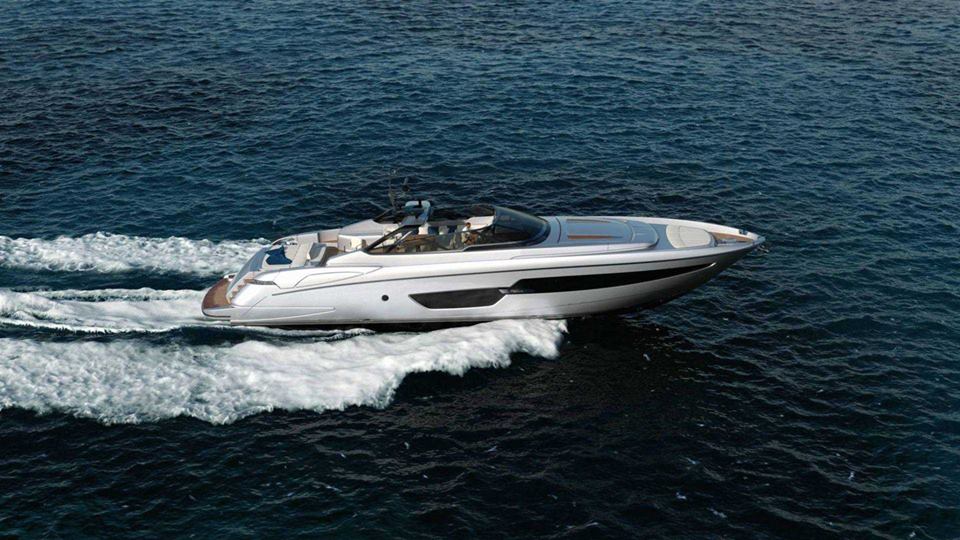 Set for launch at the end of this year, luxury yacht Riva 88 Florida is a revolutionary vessel, boasting the Convertible Top patented system, which turns her into a multifunctional yacht, “convertible” because it can be transformed into an open or a coupé with one single and easy movement. ... read full story 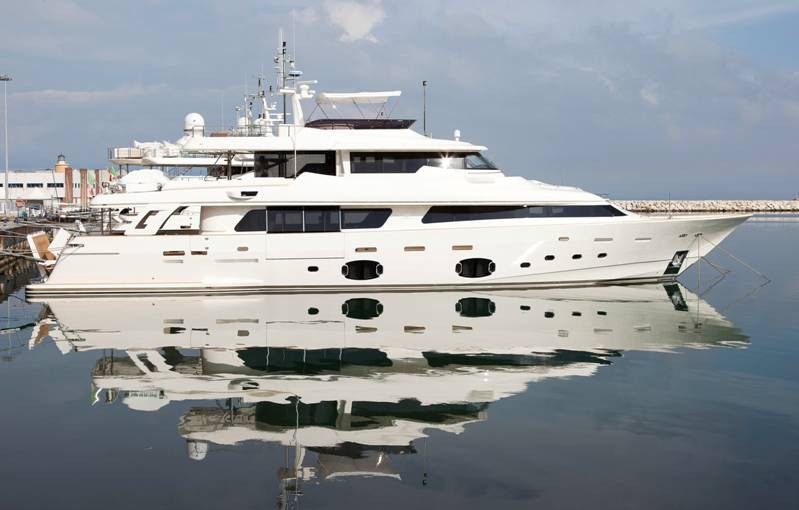 Ferretti Custom Line has announced the delivery of the Hull N°12 Navetta 33 Crescendo superyacht to her Owner. Navetta 33 Crescendo yacht hull 12 is a result of the a close collaboration between Studio Zuccon International Project and the AYTD - Advanced Yacht Technology & Design. ... read full story

The leading Italian builder, Ferretti Yachts, has successfully launched its new flagship, the splendid superyacht Ferretti 960, at its Cattolica yard. She will make her world debut at the upcoming Cannes Boat Show. ... read full story 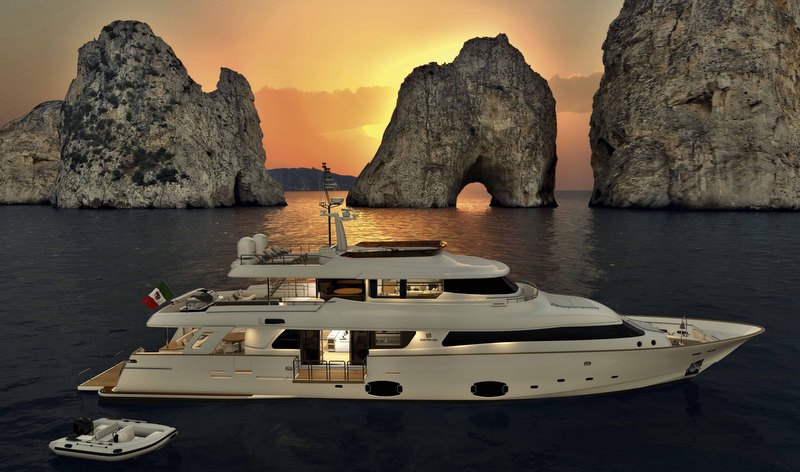 Part of the Ferretti Group, Custom Line Spa is currently finishing the works on the 12th Navetta 33 Crescendo superyacht, that is expected to be launched soon. She will easily accommodate 10 guests in total, just like her sisterships. ... read full story 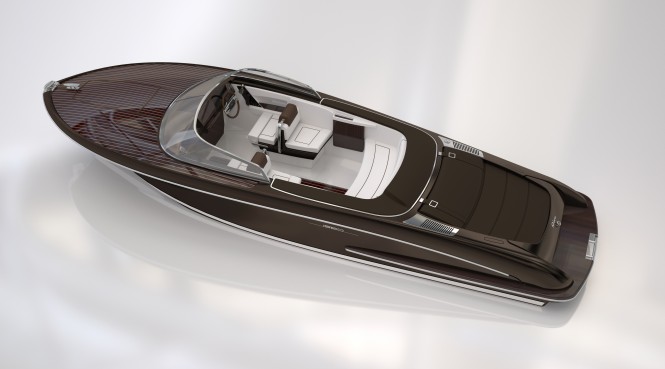 The well known Italian builder Riva is presently concluding the celebrations of its 170th anniversary at Courmayeur, positioned in the center of the Alps, showcasing one of its most successful models, the splendid 27' Iseo yacht tender. ... read full story 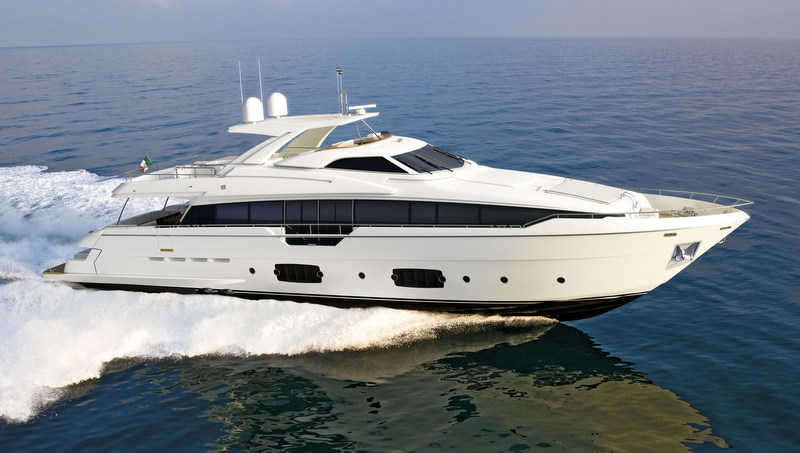 Measuring 29 meters in LOA, the all new superyacht Ferretti 960 Project has been proudly presented by the respected Italian manufacturer, Ferretti Yachts. Due to be launched in spring 2013, Ferretti 960 will offer luxurious accommodation in 5 well appointed cabins. ... read full story 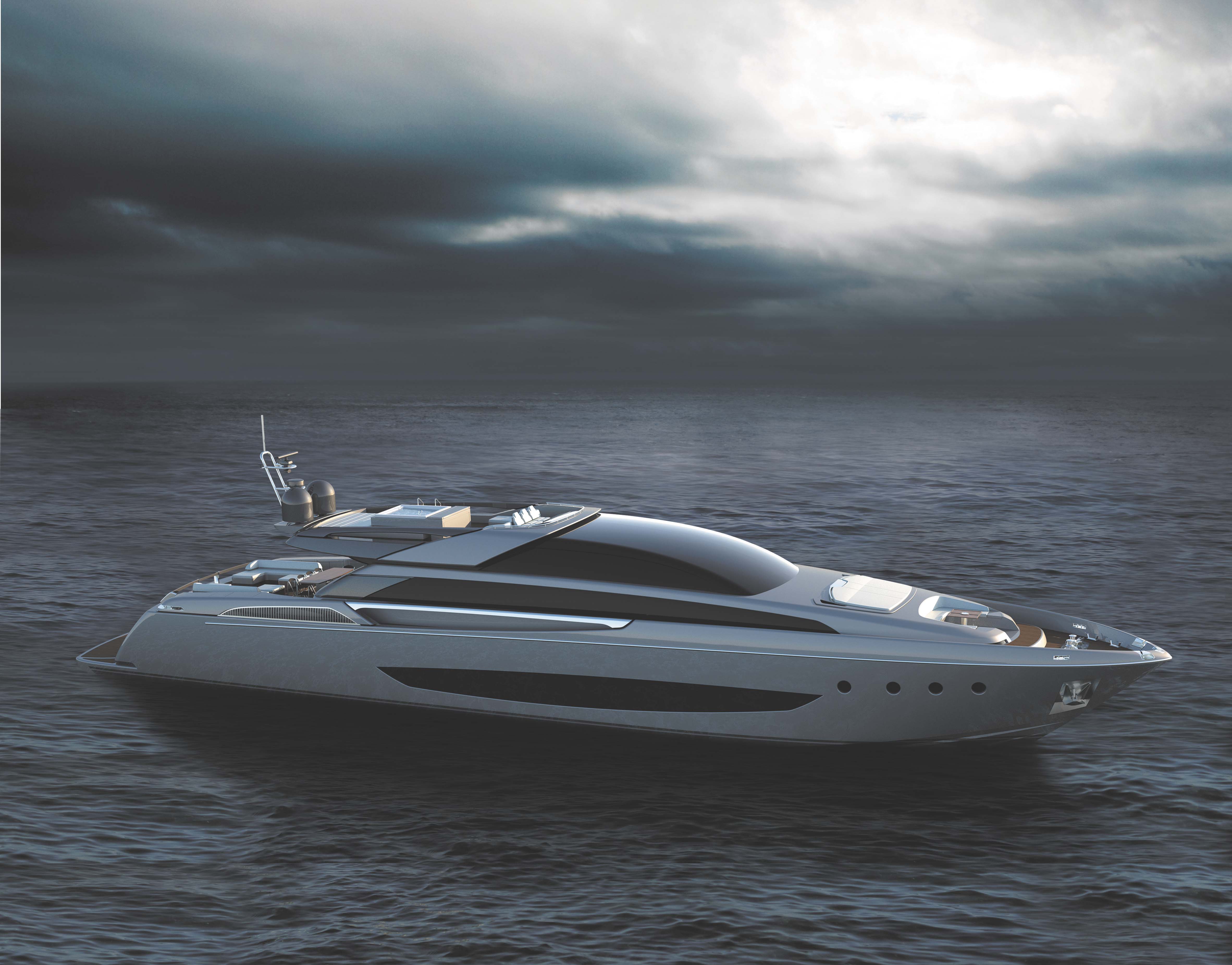 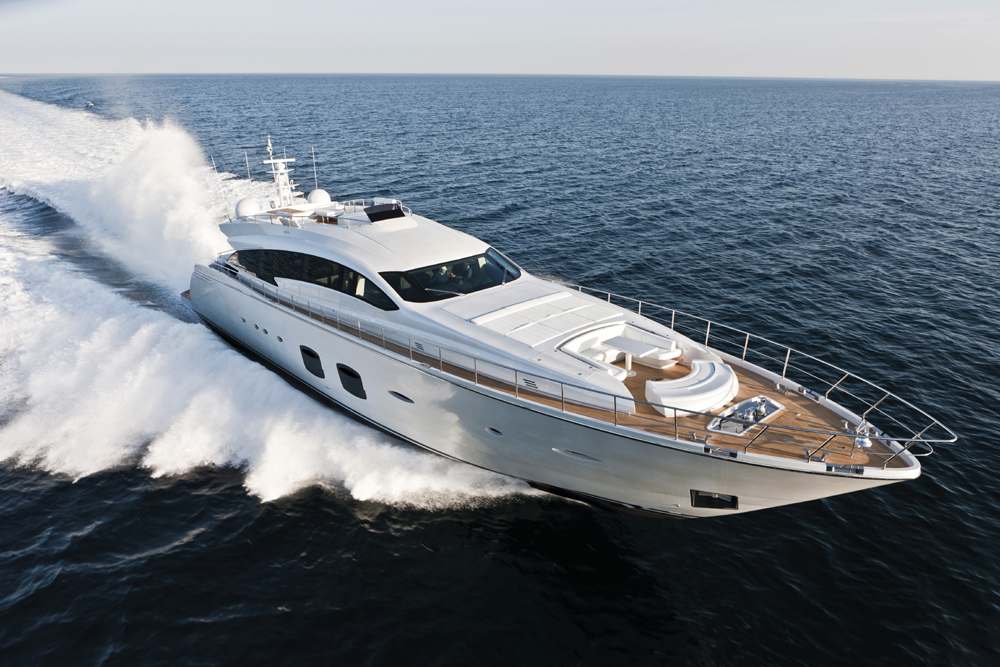 This year's Ft. Lauderdale Boat Show is being marked by US debut of the splendid Pershing 108' superyacht, as well as Pershing 74' yacht. There are also Pershing 64' and luxury yacht Pershing 92' on display. ... read full story