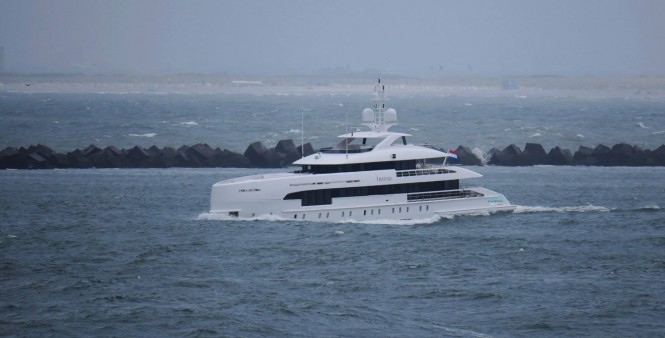 HOME showed some impressive results at the sea trials: her range exceeded by 500 nautical miles, with a total of 4,200 nm at 12 knots, with 45,000 litres of fuel capacity. She also showed some fantastic results in terms of noise and vibration levels, running at faster than 9 knots in silence. 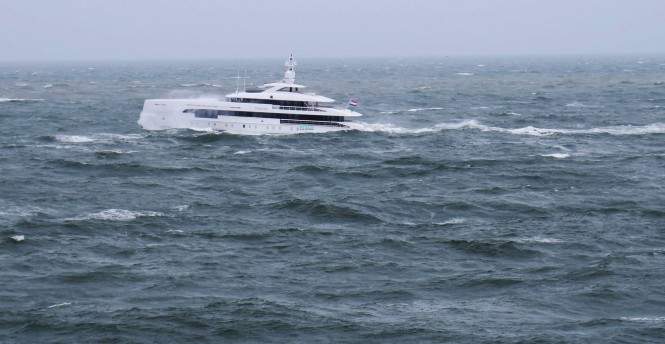 Motor yacht Home was built to the design by Omega Architects, while bespoke Cristiano Gatto took care of her amazing interior layout and decor. 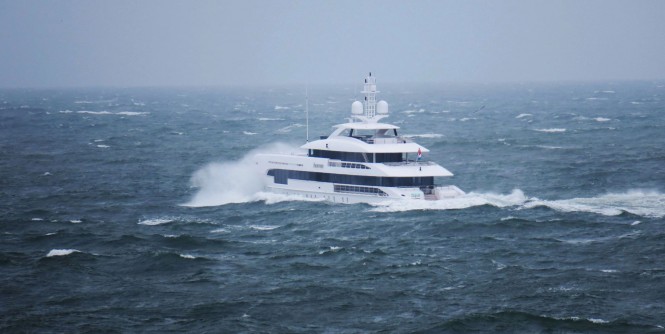 Superyacht Home in the stormy weather in the North Sea. Photo: © Dutch Yachting

Watch the thrilling footage of Home running through the waves in North Sea storm on her way to Gibraltar:

Home will make her debut appearance at the Monaco Yacht Show 2017. 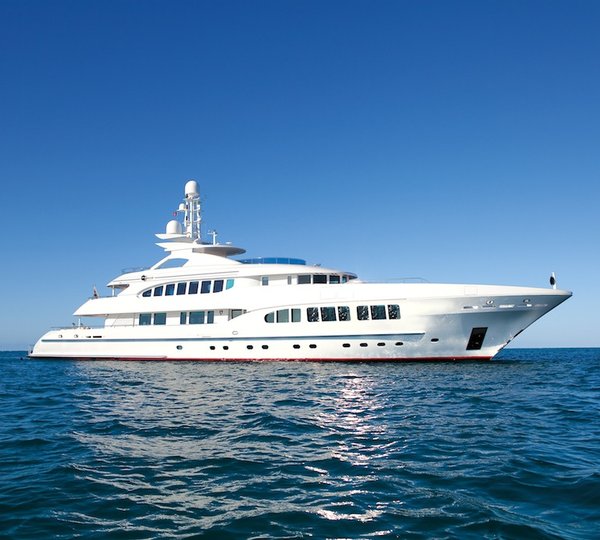 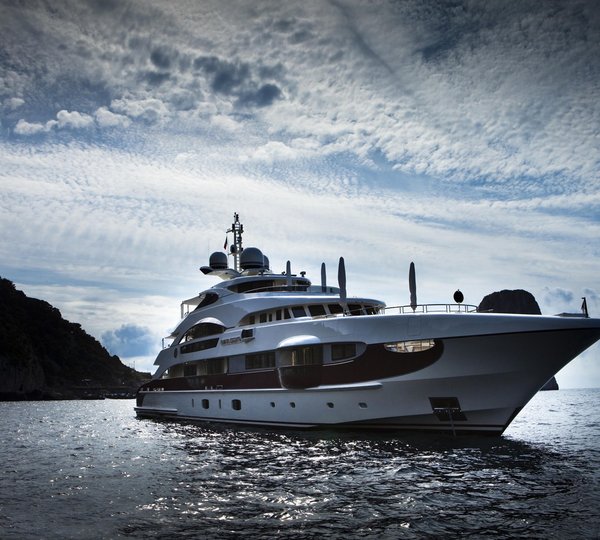 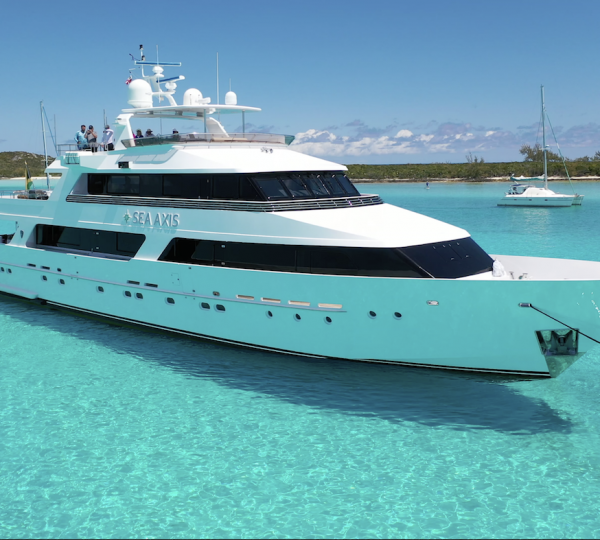 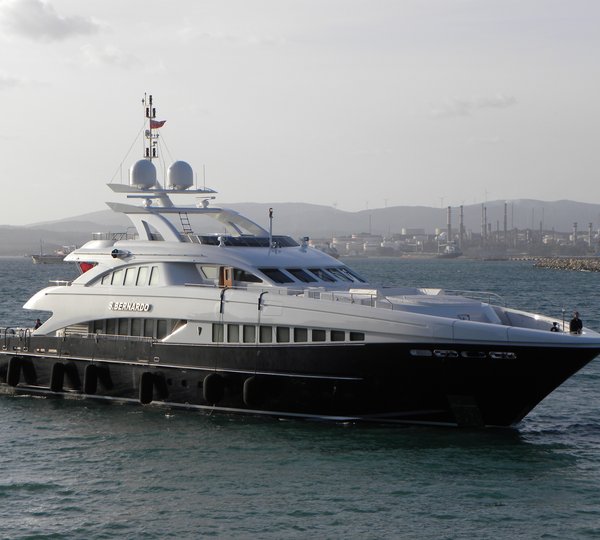 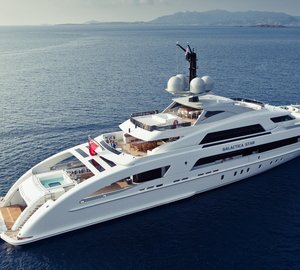