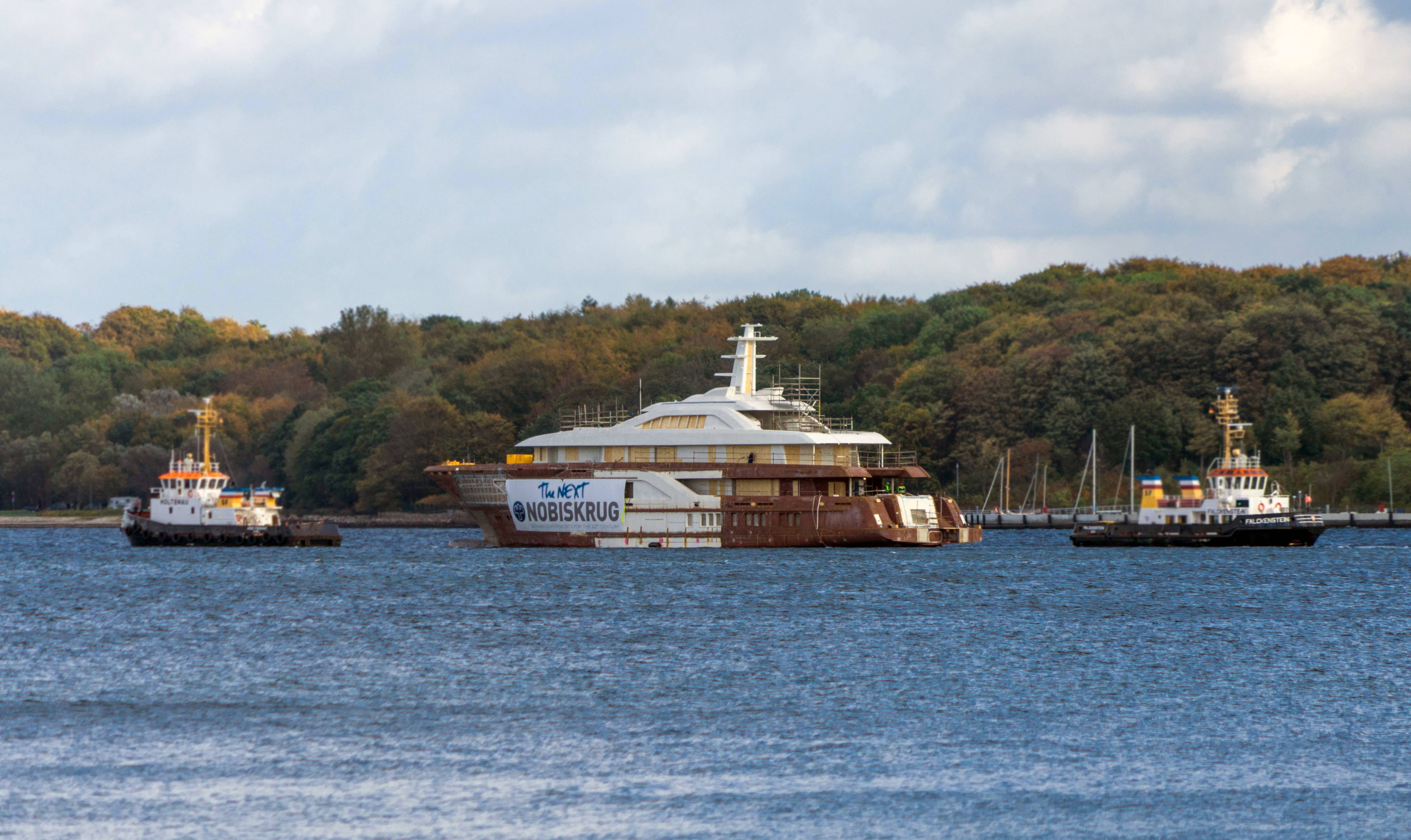 Winch Design Motor yacht Project 795 is currently under construction at Nobiskrug shipyard and the yard has just announced that the hull has been transferred to the outfitting dock. This follows on her successful keel-laying ceremony, which took place in 2019 and both celebrations were attended by the yacht’s designer, studio Winch Design that has... ... read full story

The 62m/203.4ft Nobiskrug luxury yacht known as PROJECT 794 has been moved from the Kiel shipyard to the Rendsburg facility for outfitting. ... read full story 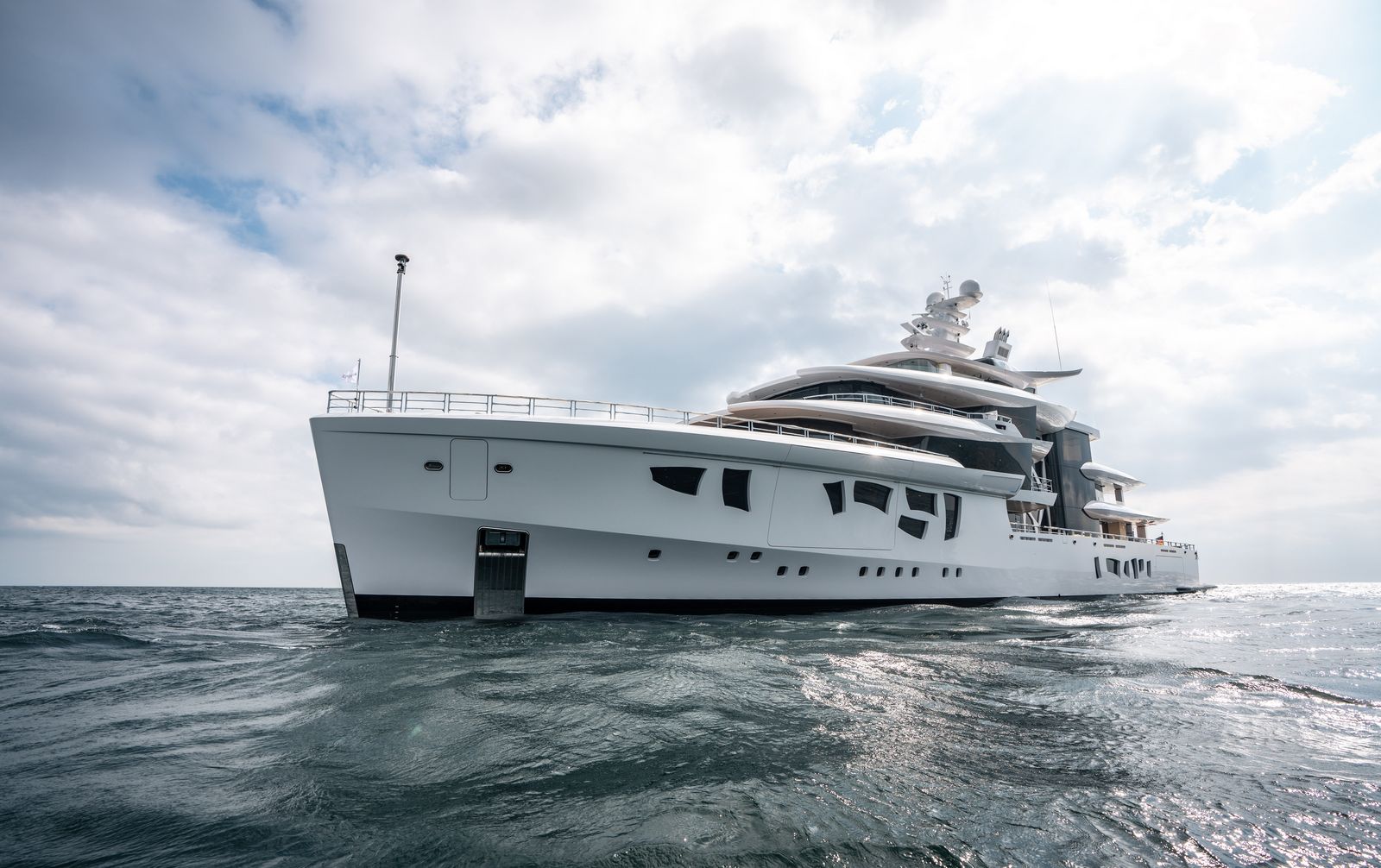 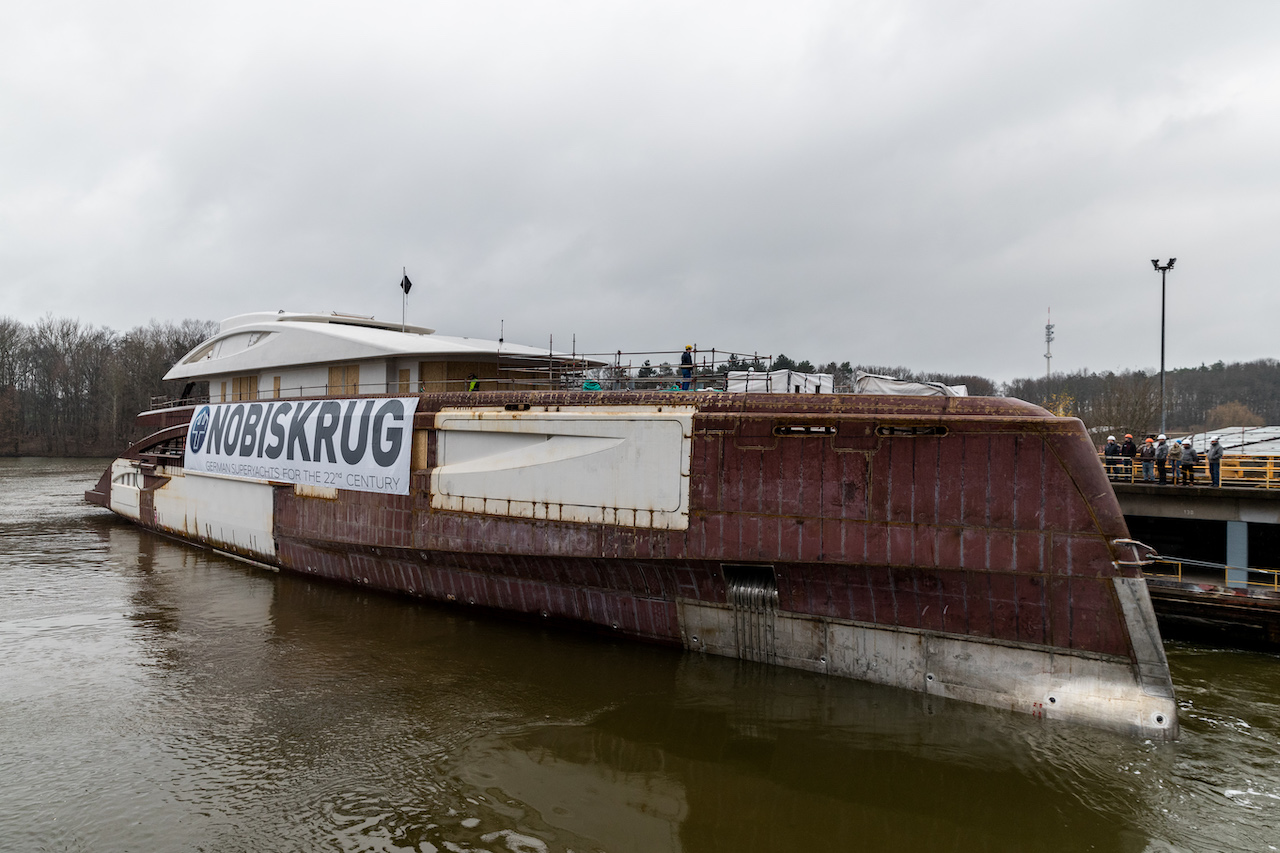 The hull for 77m/252.6ft superyacht PROJECT SHARK has been towed from Kiel to the Nobiskrug facilities in Rendsburg for the next stage of construction. ... read full story 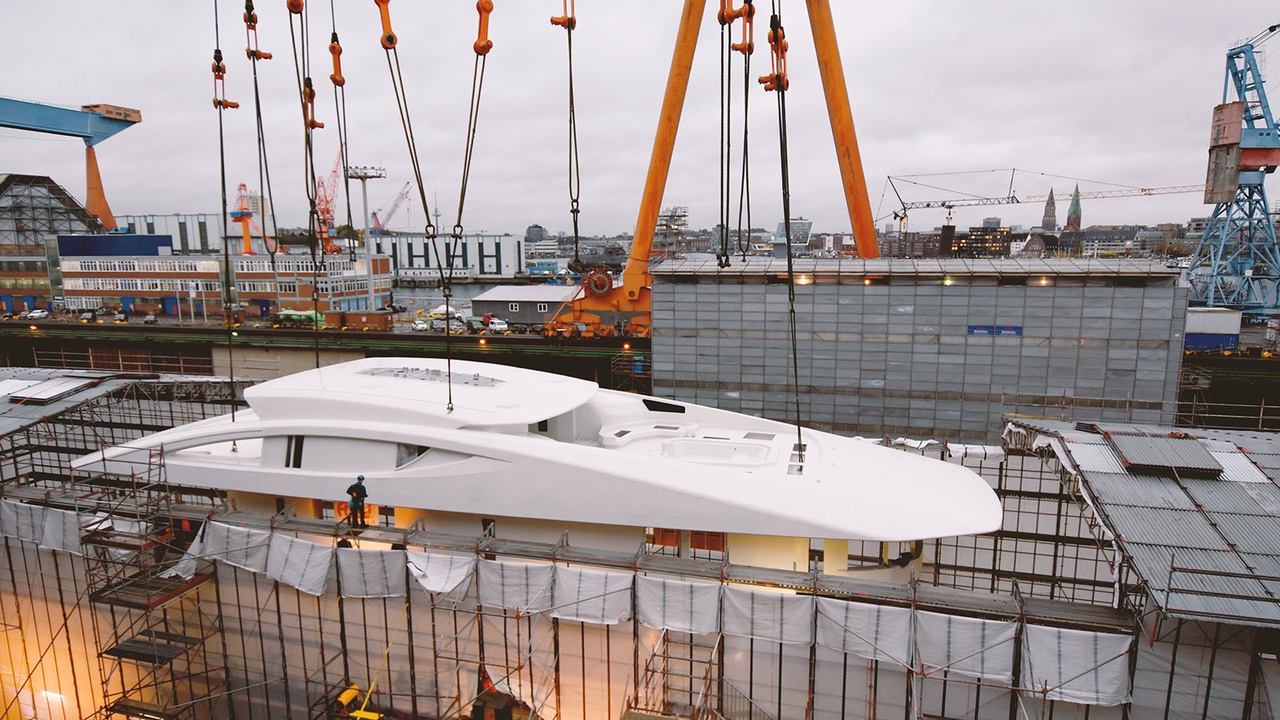 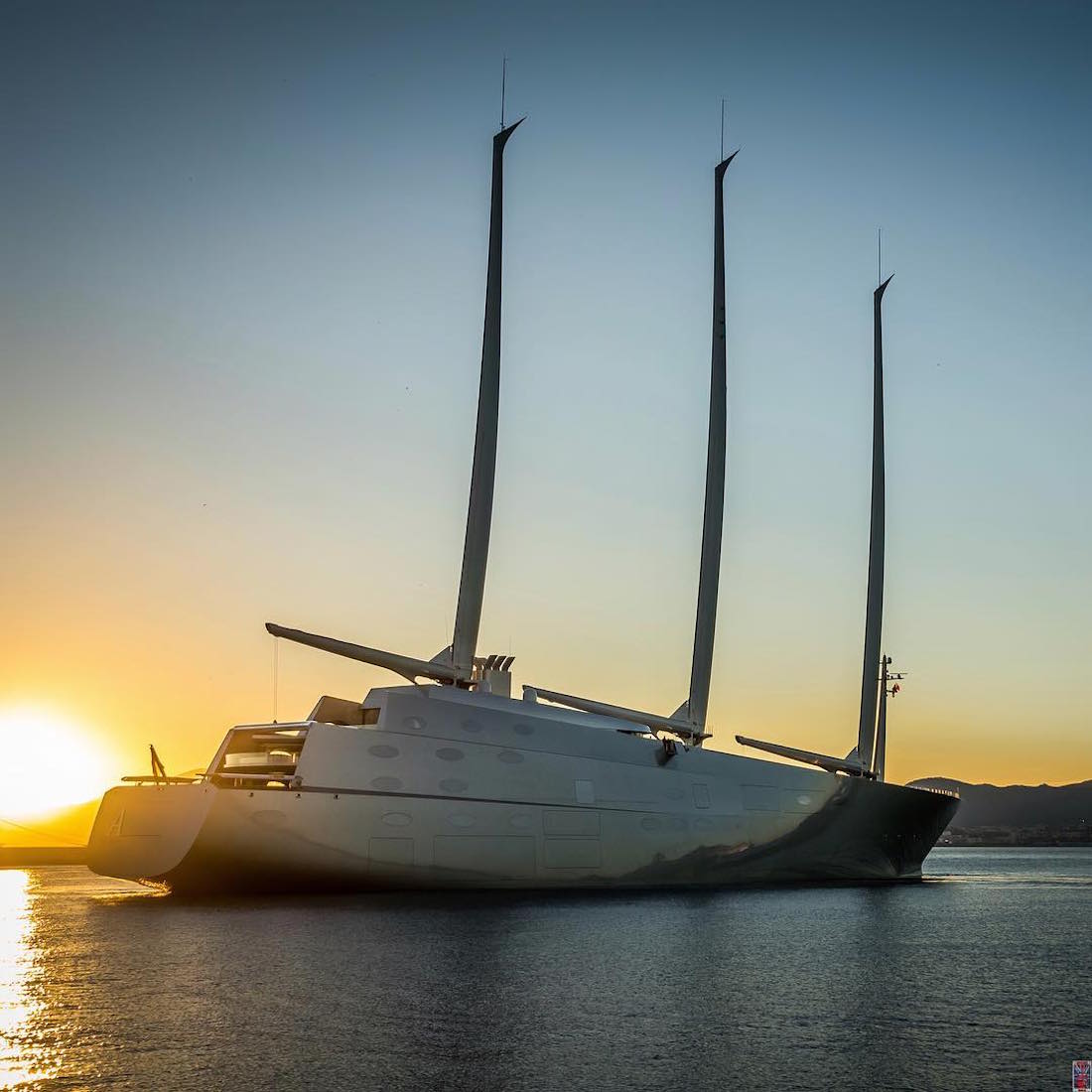 Nobiskrug has announced that it has signed a contract for a 100m/328ft mega yacht. ... read full story 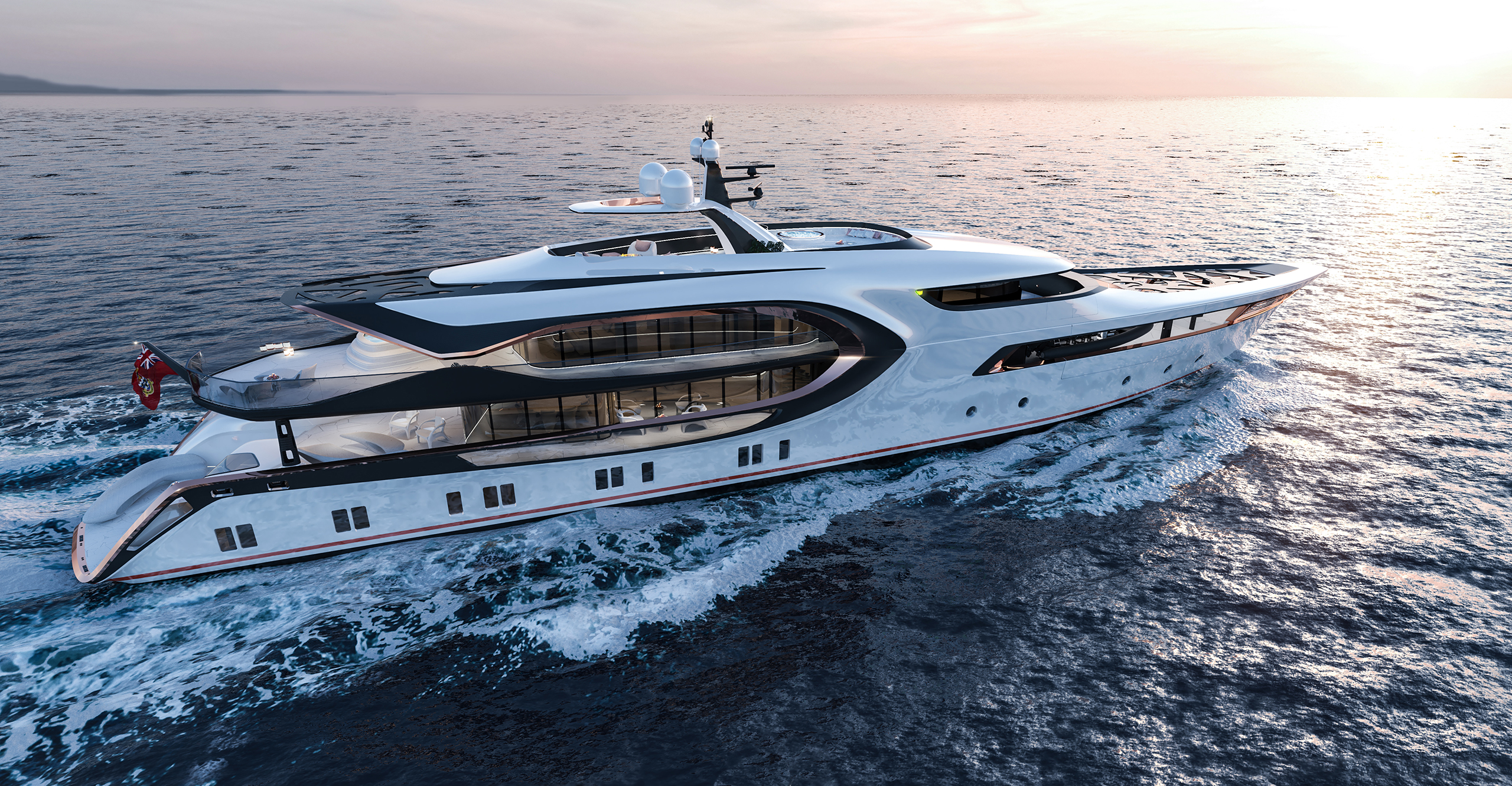 Vripack and Nobiskrug have revealed a new 56m hyprod superyacht concept designed with a Middle Eastern or Asian Owner in mind, with extensive use of glazing and an asymmetrical design inside and out. ... read full story 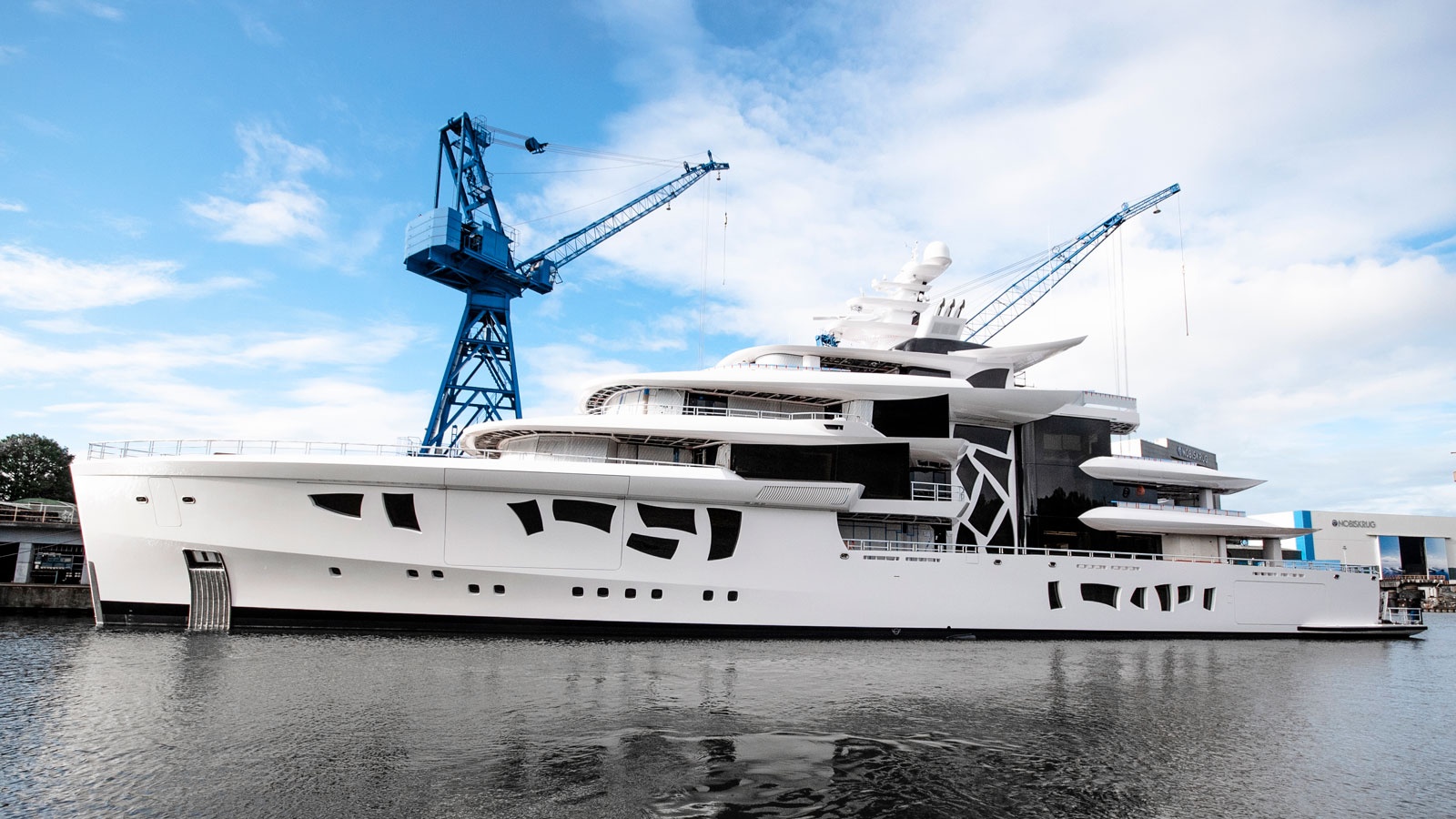