Relaunched on May 22nd, the luxury yacht SEVEN SINS underwent sea-trials on the ...
Browse News Section

Relaunched on May 22nd, the luxury yacht SEVEN SINS underwent sea-trials on the North Sea this weekend and is now on her way to be delivered to her Owner. Superyacht SEVEN SINS is now ready to take on a busy Mediterranean charter season, welcoming her guests with additional deck space, one more crew member, retouched interiors as well as additional superyacht toys. She was refitted by Balk Shipyard, where she received an exceptional bow extension, with Van Oossanen Naval Architects responsible for the technical realisation of this project. 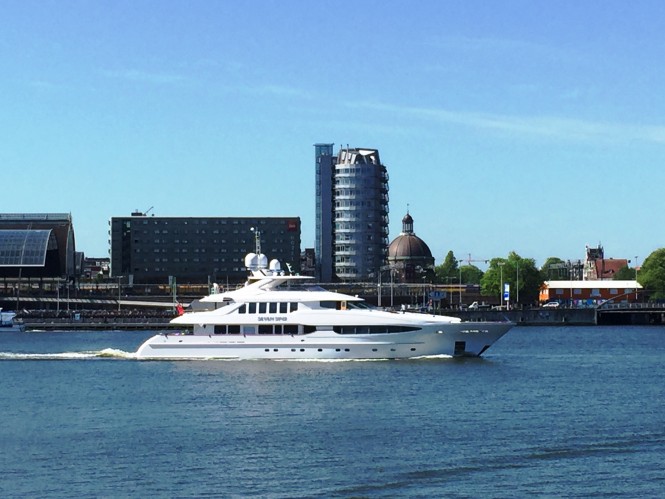 The owner has decided to extend the bow in order to create additional space for his crew, adding one more unit in the bow of SVEN SINS. This refit added 2.3 metres to the yacht’s length, resulting in a new overall length of 43.60 metres. As the lengthening of a yacht is normally realised by a stern or amidship extension, Seven Sins super yacht’s refit can be described as quite exceptional.

The refit was also very complex, as SEVEN SINS had to comply with the Large Yacht 3 regulations (LY3) by the time of her re-launch. A number of metres were cut off and a longer bow was added, creating a longer foreship. Omega Architects were in charge of the general arrangements and the above water bow lines.

Van Oossanen completed a detailed study of the new Hull Form, with the result being a new optimised Hull Form that allows for an increase in top speed and reduces SEVEN SIN’s running costs at cruising speed. Charter Yacht SEVEN SINS was originally built by Heesen Yachts and launched in 2005. Since then she has undergone various refits and is being maintained in perfect shape. 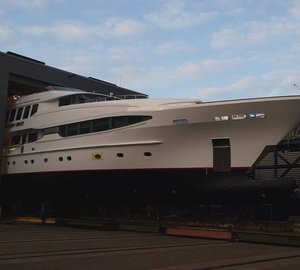 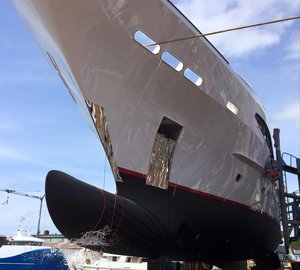 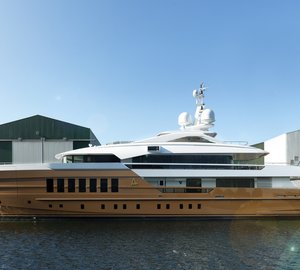