Sunday 19th August saw the 47m Hodgdon charter yacht SCHEHERAZADE become the overall winner of the Shipyard Cup X. Built in 2000 and refitted in 2011, sailing yacht SCHEHERAZADE is a spectacular ketch, designed by Bruce King Yacht Design, in partnership with renowned Andrew Winch, responsible for her beautiful interior. She is available for luxury yacht charter in the Mediterranean as well as in the Caribbean. 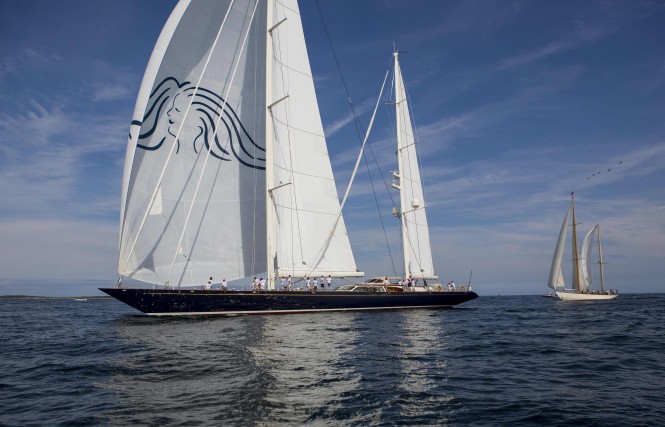 True to the spirit of the event, the “winner overall trophy” was an engraved bucket and large bottle of Dom Pérignon. The bucket was filled with champagne and passed around to the winning crew. Superyacht SCHEHERAZADE’s owner drew great cheers from the crowd as he took his turn.

In Sunday’s event, luxury yacht SCHEHERAZADE was followed by charter yacht RAPTURE and charter yacht WHISPER in the daily results, in which the boats and the race committee were able to take advantage of breaks in the fog to complete day 2’s racing. Due to an error in calculating starting times for the pursuit start of Saturday’s race, the results were not used to calculate the overall winner of the Shipyard Cup.

Luxury yacht SUMURUN was the recipient of the annual Clew Award for managing to board their charter guests underway 2 minutes before their starting time and still crossed the line 1.5 seconds after the gun.

In keeping with the fun spirit of the event, race organizers also awarded some other prizes:
– The FULL MOON AWARD to charter yacht BOO TOO for aiming a moon-like object at the event photographer Billy Black.
– The BEST DUCK BOAT IN BOOTHBAY AWARD to TENACIOUS for her owners sounding duck calls as they left the harbor.
– The BEST START “POSSIBLY” UNDER POWER AWARD to the 1939 Schooner WHEN AND IF.
– The WINGIN’ IT AWARD to RAPTURE for their “wing and wing” downwind run on day 1.
– The BEST MAINE UNIFORM AWARD to the Captain of VIRAGO for sailing in a terrific authentic Maine flannel shirt.
– The BEST SMOKE AND MIRRORS AWARD to SCHEHERAZADE for their “fake jibe”, which smoked their nearest competitor.
– The BEST SPIRIT OF THE REGATTA award to the SUMURUN for starting day 2 in Flintstones’ costumes.
– The WHERE’S TITO AWARD, in honor of Shipyard Cup sponsor, Tito’s Handmade American Vodka, for the person who shall remain nameless that “borrowed” the full size poster of Tito himself.

Despite the challenging weather conditions, the event ended on an upbeat note with many racers looking forward to the 2013 event. 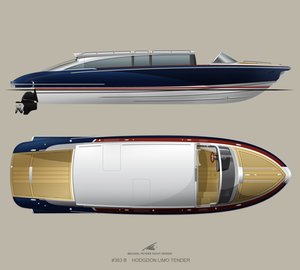 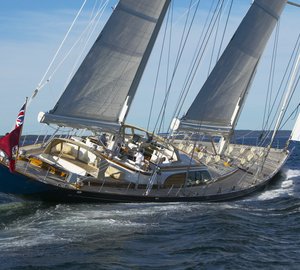 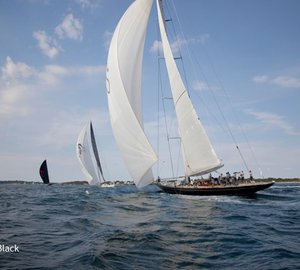 Newport Bucket Regatta 2012: Class and overall honors for the 102ft superyacht INDIO by Wally and Frers