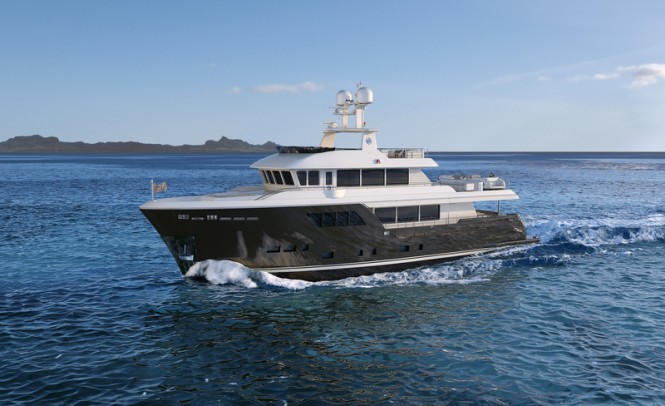 “The unrivalled quality of the engineering, the sturdiness, and the reliability of a CdM Explorer Vessel proved themselves once again, when, immediately after delivery, Acala was hit by a huge storm and had to cruise for more than 14 hours in 40- to 50-knot winds and 5- to 6-meter waves, with no technical problems at all,” said Vasco Buonpensiere, Sales and Marketing Director of Cantiere delle Marche. 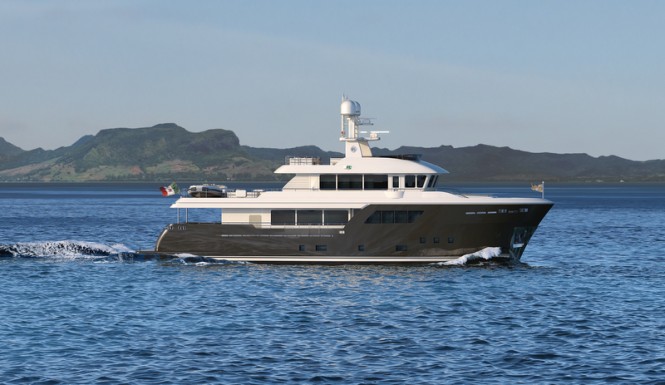 Ennio Cecchini, CEO and Co-founder of CdM with Vasco Buonpensiere and Gabriele Virgili added: “If you consider that in the industry it is quite common to hear that a Yacht needs a year to heal teething issues and only then is it ready to cruise seriously and safely… this Acala experience is an incredible statement which confirms CdM’s reputation in terms of the quality and sturdiness of the boats it builds.” 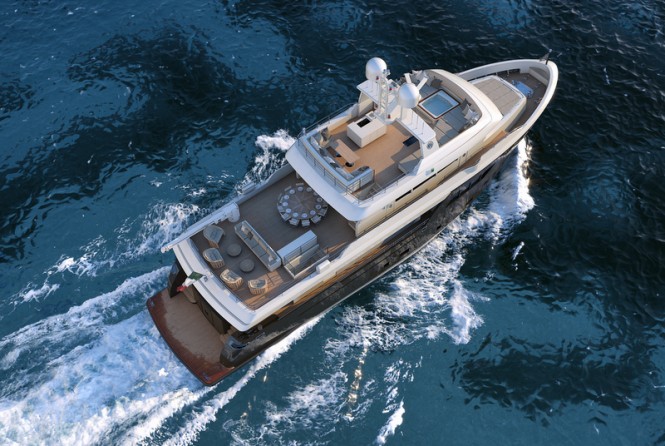 ACALA Yacht – from above

Super yacht ACALA boasts plenty of specific customizations, including the lazarette equipped like a real diving station with a nitrox compressor, the five-cabin layout with the master cabin forward, the doors to the two huge sitting areas that can open completely, as well as air conditioning and heating even in the outdoor areas. Moreover, thanks to the increased space on the swimming platform, the yacht can easily host two unusually big tenders for a yacht of this size: a 20- and a 16-foot. 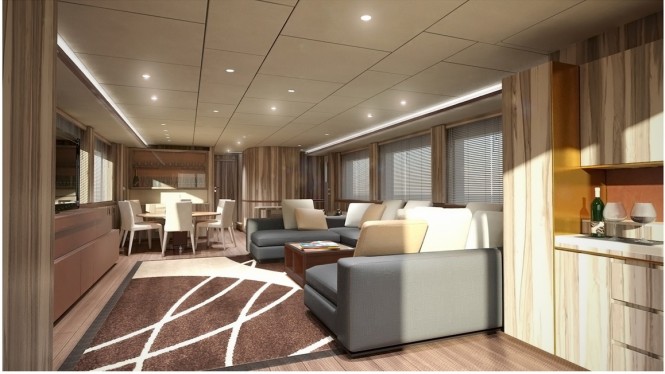 Created by the famous South American designer Simon Hamui and the Italian design studio PFA, the high quality, modern and welcoming interiors of ACALA yacht boast luxurious colors, fabrics, as well as leathers. The lower deck hosts the kitchen and the technical areas of the crew quarters in the bow, as well as an ample sitting and eating area with large windows that provide especially generous amounts of sunlight. 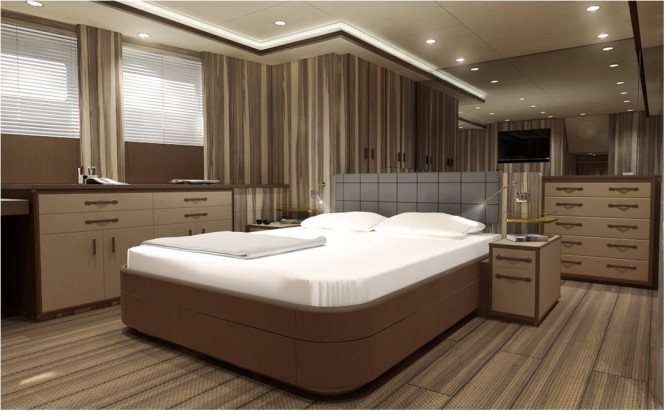 The amazingly light and airy sky lounge of ACALA yacht is fitted with an L-shaped sofa, a wide-screen up/down TV, as well as a desk on the starboard side of the vessel. There are also large, sliding doors that lead directly to the outside deck where the dining table can comfortably host twelve guests. The vessel also offers a vast sundeck, which is a wide, open-air living space with a bar console, a large sofa, lunch tables, and a swimming pool surrounded by a sunbathing area.

A video showing the Darwin Class 102′ yacht ACALA at launch can be found here below: 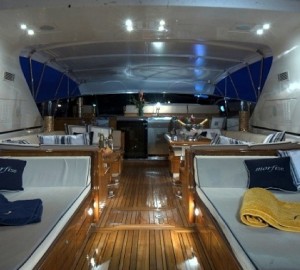 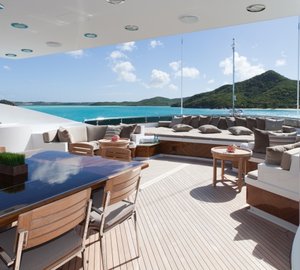