Superyacht Darwin Class 102’ boasts various specific customizations, including the lazarette, equipped like a real diving station with a nitrox compressor, the 5-cabin layout with the master cabin forward, the doors of the two spacious saloons that can open completely, as well as the air conditioning even in the outdoor areas, to name but a few. Moreover, thanks to the increased spaces in the swim platform, the yacht can host two tenders unusually big for a yacht of this size: a tender custom built by McMullen and Wing of 20′, and a second of 16′. 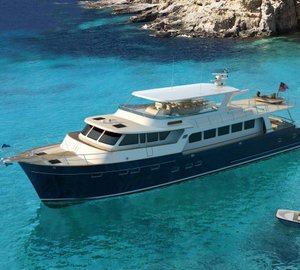 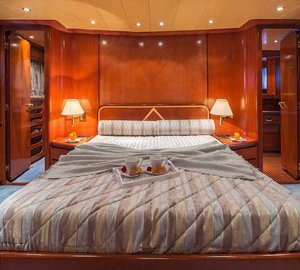