Italian builder, Sanlorenzo Spa, has been successfully nominated for the ...
Browse News Section

Italian builder, Sanlorenzo Spa, has been successfully nominated for the International Yacht & Aviation Award 2015 with their SL118 superyacht H1, entering the ‘Power Yacht Interior Design’ as well as the ‘Power Yacht 25-40 metres’ categories. Penned by Francesco Paszkowski, with interior and exterior styling by Margherita Casprini, the 36,5m motor yacht H1 demonstrates the purest Sanlorenzo style, enhanced and strengthened with cutting edge features and designed according to her owner’s requests as well as needs. 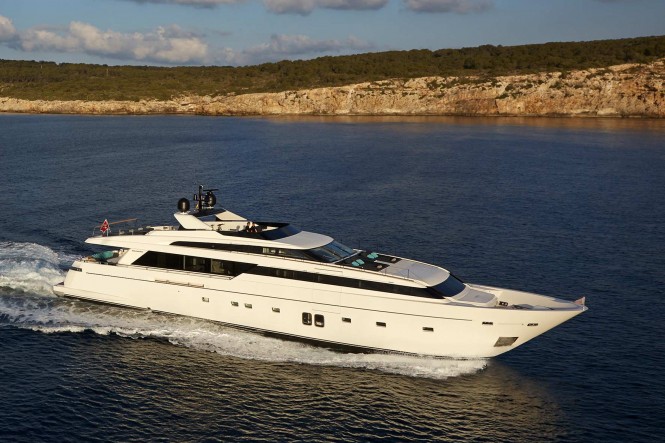 In the outlook of an extended renovation of the planing hull range, Sanlorenzo found it necessary, also for customer demand, to create a new and larger flagship, with more spaces and more advanced solutions. The yacht is a semi-wide body in the front part, but with the volumes exceptionally well integrated in the profile of the boat. 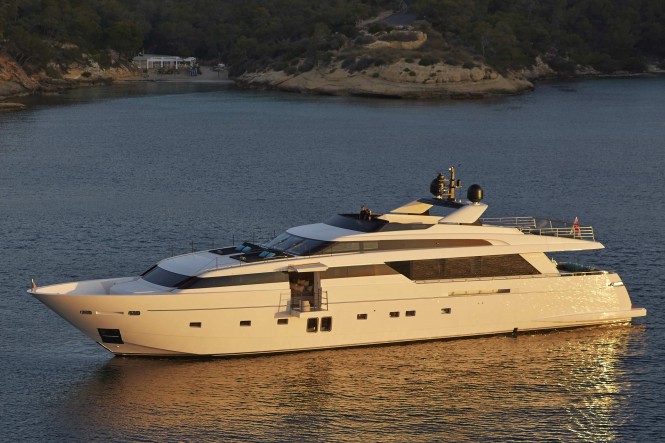 Sanlorenzo adopted many sophisticated technical innovations, such as the lifting salon windows – an exclusively automotive concept so far – that allow a natural interior/exterior relation to better enjoy the seascape from a salon that becomes a terrace. The helm station on the half deck, is a concentrate of ergonomic advanced solutions with the four individually standing control system screens, and the navigator corner as on a commercial aircraft.

A wide use of double glazing as bulkheads on the lower deck separates the guest cabins leaving the light flowing through the space and allowing a total view of the full beam. For the interior decòr, the best Made in Italy products were chosen, with brands like Edra, Minotti, Boffi and Artemide.

A skilful lighting system hidden over the canvas roof can softly spread the light from the spots that remain invisible when not in use during the day. The stair case connecting the main deck to the flying bridge is in glass and the stairs have suspended steps. The hull uses the latest resin-infusion technology with a light, hybrid carbon/composite superstructure, so its performance and handling are efficient. 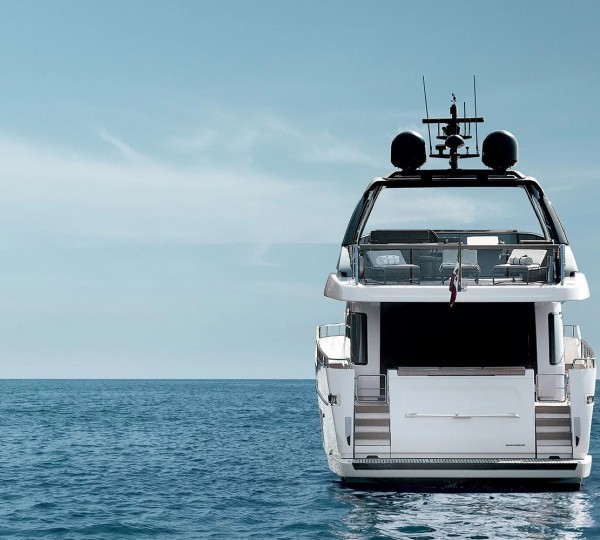 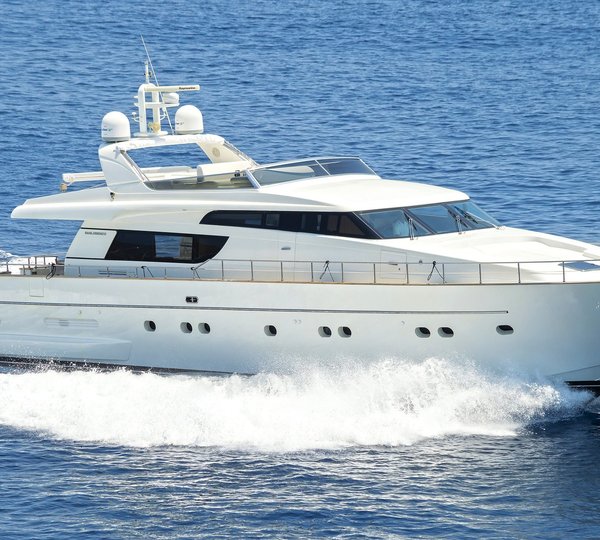 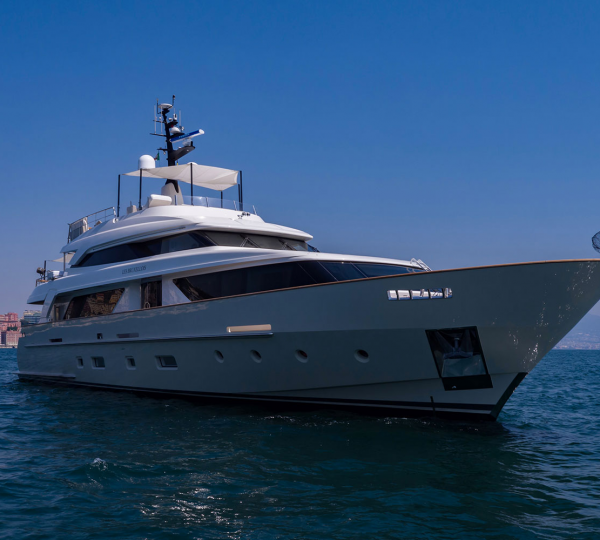 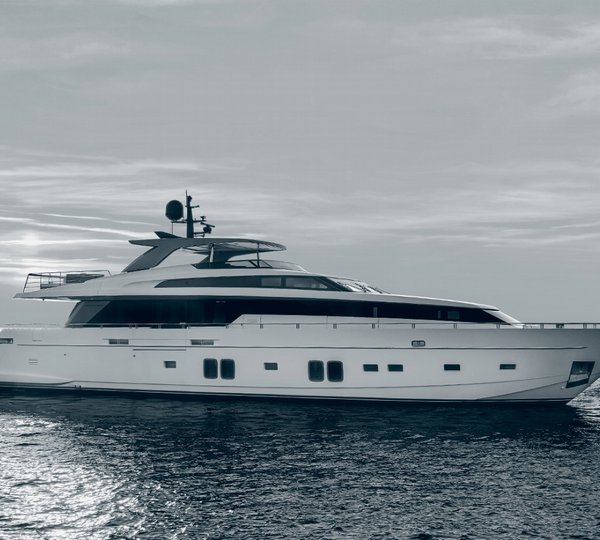 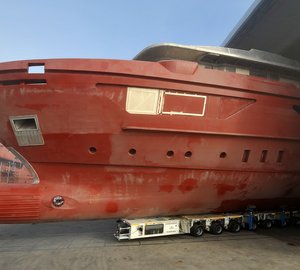 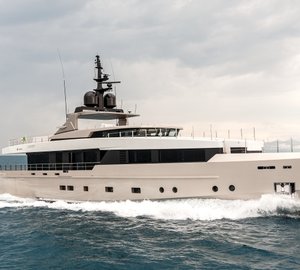 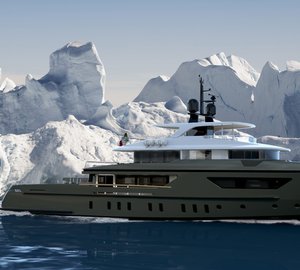