Your Guide to Yacht Charter in Vibo 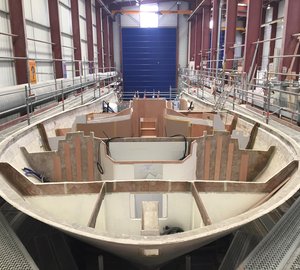 Couach is Back in the International ...

Vibo Valentia, a interesting destination for yacht charter boats, is famous for its Vibo Marina Harbour. This idyllic city is located on the southern section of Italy within the region of Calabria. The harbour is an important commercial and tourist hub within the region as it serves the requirements of the manufacturing and agricultural industries of the city.

The city was formerly a Greek Colony and referred then as Hipponian. This old Greek colony was established towards the end of the 7th century and went under the control of the Romans in 194 BC, and it was during this time that the old city got its name “Vibo Valentia.” During this period, the city flourished until it was completely abandoned by the Romans when the once powerful empire collapsed.

Today, Vibo Valentia retains historical everal evidence of its rich and storied past. Yacht charter enthusiasts and tourists can find a rich collection of artefacts and important archaeological pieces in several museums as well as old structures and landmarks with historical importance like the ancient castles that date as far back as 1000 years ago and ancient basilicas.

Considered an Old Italian town, Vibo Valentia is teeming with popular and important attractions that you would expect from a top yacht charter destination in the Mediterranean. Tourists and seasoned sailors will have their hands full covering all the important places and sights within the town of Vibo Valentia. This is the perfect Mediterranean jaunt if you want to inject a distinctive Italian character to your yacht charter holiday.

Vibo Valentia is also the ideal base for yacht charter aficionados who are exploring other popular attractions in the region, including those found in Pizzo, Ricadi and Tropea as well as other island resorts in the Calabria region.

Tourists and yacht charter enthusiasts can access Vibo Valentia from the nearest airport, Lamezi Terme, which is just a half-an-hour drive from this idyllic town along the coastal Strata Statale 18 road link. Transfer from the airport to your final destination in Vibo Valentia is by rental car, shuttle service, taxi or train.

Things to do and see in Vibo Valentia

Vibo Valentia is steeped with a rich history, and it is the best place where you can catch a glimpse and experience the splendor of the rich culture and history of Italy. Important archaeological structures and landmarks that give reference to Greek, Norman and Roman civilizations can be found in various locations within the city. This old character seamlessly blends with existing edifices that evoke strong neo-classical influence.

Notable attractions and sights within the city include the Walls of Hipponian, the Norman-Swabian Castle, the Domus and the Roman Terme. Additionally, the Old City of Vibo Valentia is home to several old churches and monasteries as well as the famed Archeological Museum, Museum of Emigration and the Museum of Sacred Heart.

Indeed, the idyllic city of Vibo Valentia has got everything you need to enjoy Italy by yacht. You cannot afford to miss this interesting yacht charter destination when you spend your yachting holiday in the Mediterranean.

A great place to find info about a yachting vacation in Vibo ...

Yachts for Charter in Vibo