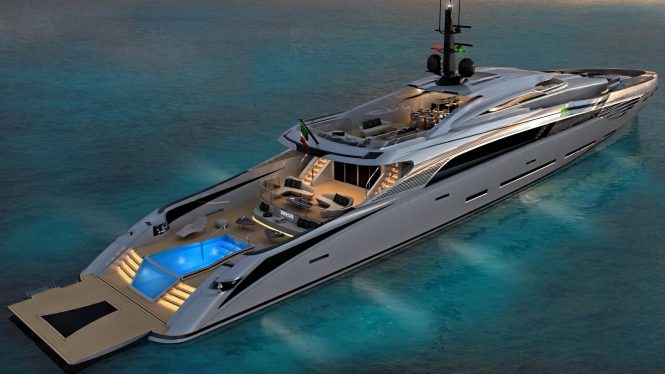 The all-aluminium luxury yacht draws inspiration from the sports cars of the mid-20th Century to create a sleek, low-profile vessel that comes equipped with a fold-out transom to create a 300 metre beach club, with a large infinity swimming pool above. 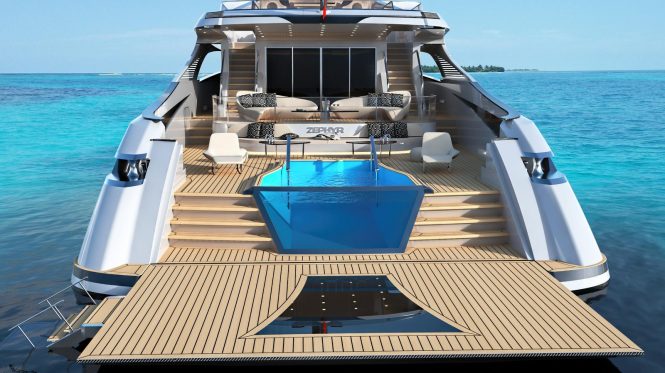 M/Y ZEPHYR would use the fast displacement XL500 platform developed by Van Oossanen Naval Architects to evenly distribute the 500GT interior across the whole length, resulting in a smoother cruising experience.

Pulina DNA will style the interiors using a combination of gloss and translucent materials and finishes for a light and even greater sense of volume within the living areas. Up to 10 guests will be accommodated across 5 staterooms, while a crew of 9 will provide for guests while they are on board. 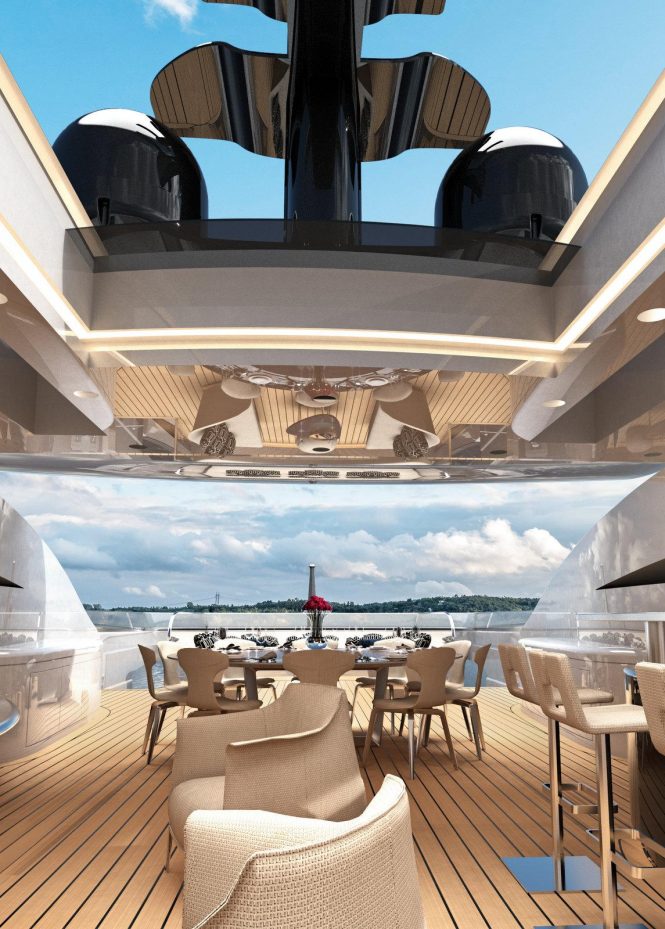 A pair of MTU 16V4000 M93L engines will produce a top speed of 32 knots and a cruising speed of 28 knots. A range of 3,400 nautical miles is attainable for transatlantic voyages at a speed of 12 knots using a fuel capacity of 50,000 litres.

A scale model will be on display at the Fort Lauderdale International Boat Show, where visitors can learn more about the superyacht concept and planned options on board. 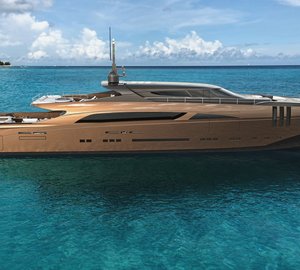 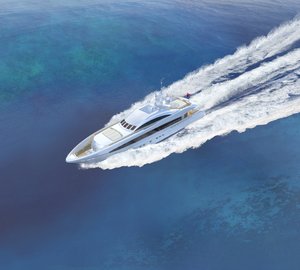