Mulder Shipyard has successfully completed the refit of the Mulder 70 Futura luxury yacht Tita One (ex Ingeborg). Motor yacht Tita One is now for sale and is available for inspection at the Zoeterwoude yard. 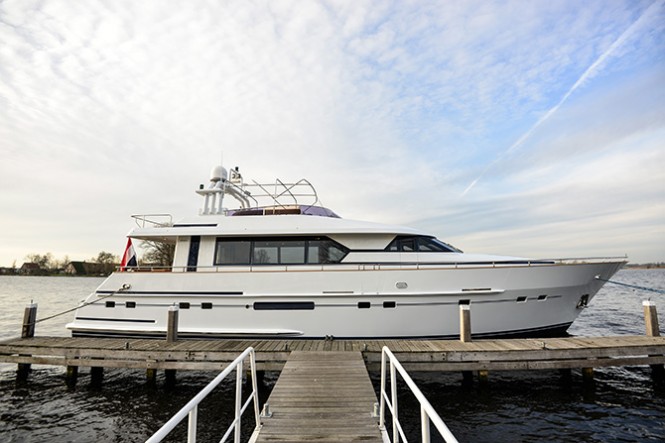 Tita One yacht returned to the Mulder yard in Zoeterwoude-Rijndijk, after cruising in the Netherlands and the Mediterranean for 20 years. The trip from the South of France to the Netherlands was done in February 2014 on her own keel with a crew of three. Nevertheless very heavy weather conditions, the trip was done in three weeks and the yacht performed very well.

The beautiful, timeless yacht Tita One was delivered to her first owner in 1994. Back then, she was the first Mulder built over 20 metres. In 2014 the Mulder 70 Tita One underwent large maintenance and refit works. The hull of steel and the aluminum superstructure of this displacement yacht got a bottom-to-top paintjob and the technical systems serviced. The interior was freshed-up and new windows are installed on main deck. The Mulder 70 Tita One has four cabins and serves perfectly for longer voyages with family and friends. 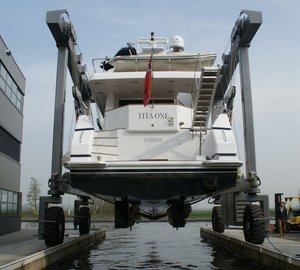 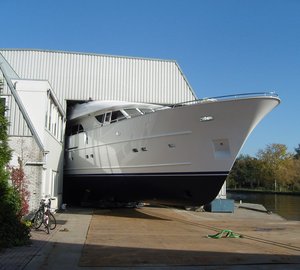 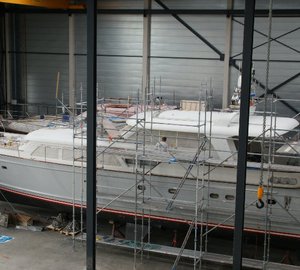 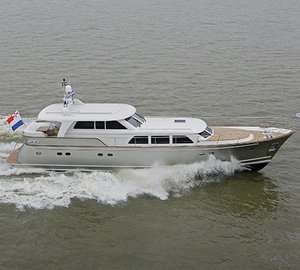