Nominated for the upcoming International Yacht & Aviation Awards 2014, the 76m luxury mega yacht REBORN was spotted by Roberto Malfatti in the Port of Livorno, Italy. Mega yacht Reborn was built by AMELS in 1999 to a design by Terrence Disdale. Originally measuring 70,5m and called Bodicea,  the vessel received a complete refit in 2010 designed by Sterling/Scott and was also lengthened by 5,5 metres by naval architects McFarlane Ship Design. This sumptuous and incredibly spacious vessel is available for charter and boasts fantastic interior and exterior spaces. 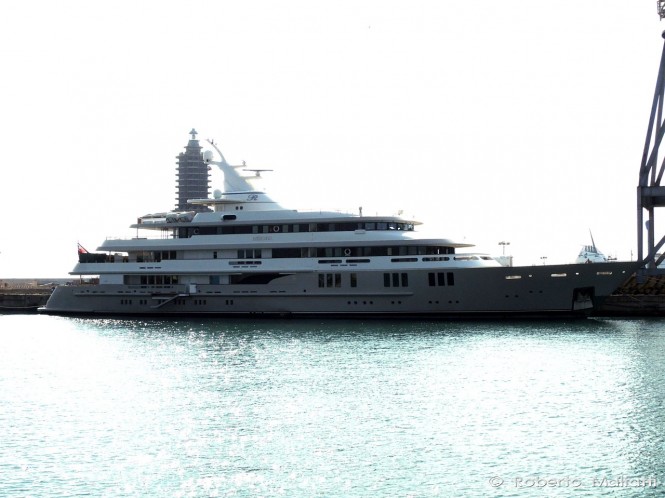 The full-beam master suite offers 180-degree panoramic views, a private terrace, his and hers bathroom with a large shower and a spa pool bath respectively. There is also a lady’s dressing boudoir and an owner’s office. The VIP suite is located on the main deck, featuring a vast dressing area with California closets through which the bathroom with shower and a bath tub can be accessed. It also has large windows throughout, providing plenty of light and great views. 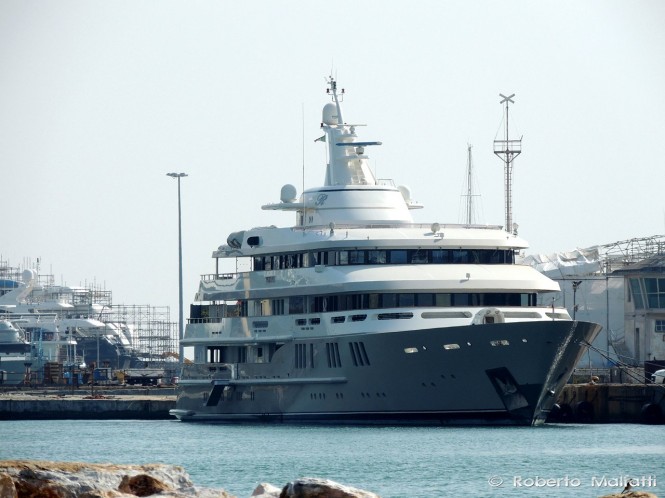 The lower deck of the REBORN yacht has additional five double and one twin cabin, offering versatile accommodation. All cabins are with en suite bathrooms and styled in neutral tones. There is an elevator accessing all decks. 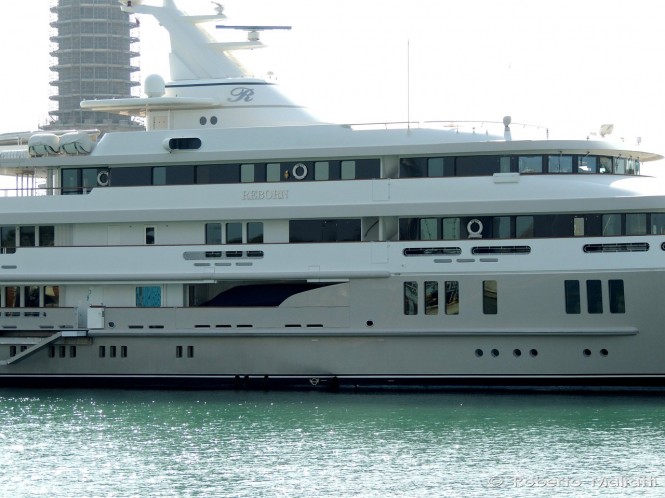 One of the most interesting and surprising features of Reborn superyacht are her tropical and herb plants on her upper deck. This creative deck space typifies REBORN: Big, Bold, Inventive and Available for charter. A crew of around 25 professionals will make sure you are pampered and well taken care of. The yacht can cruise at a speed of approximately 14 knots. 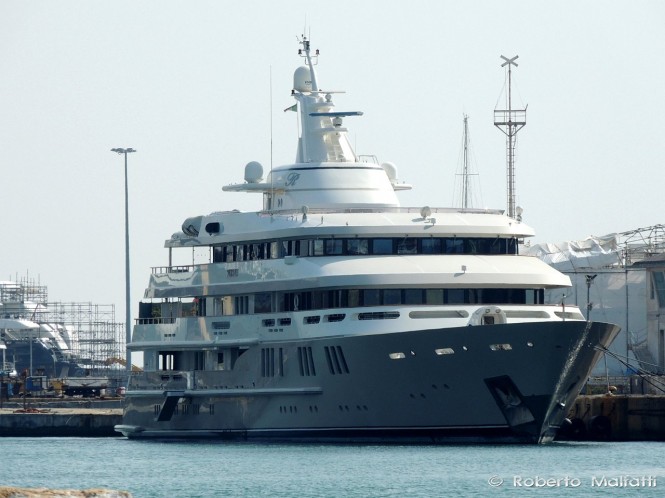 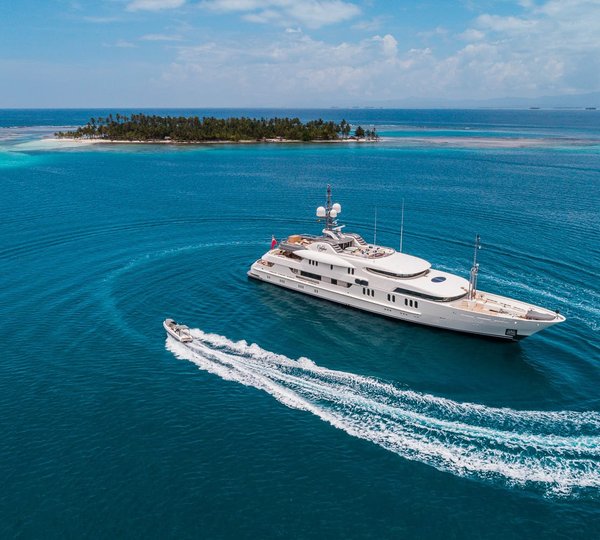 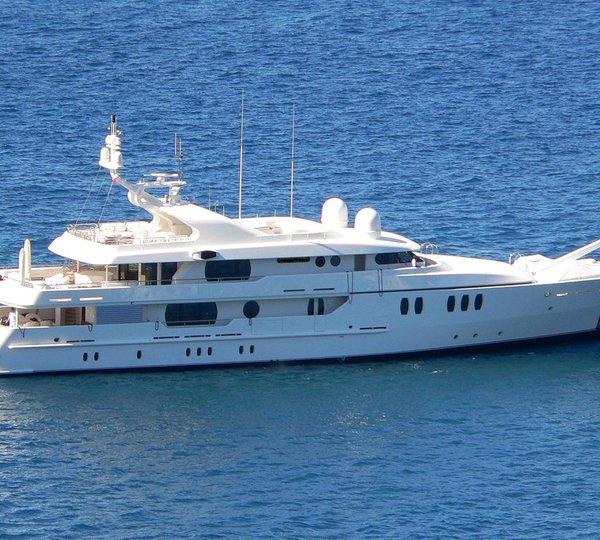 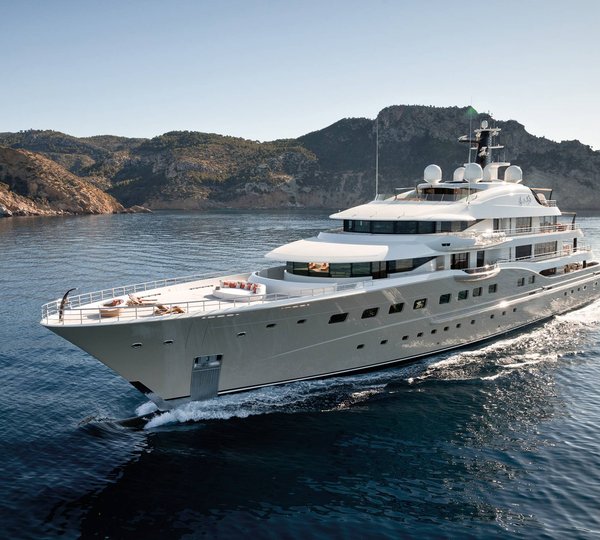 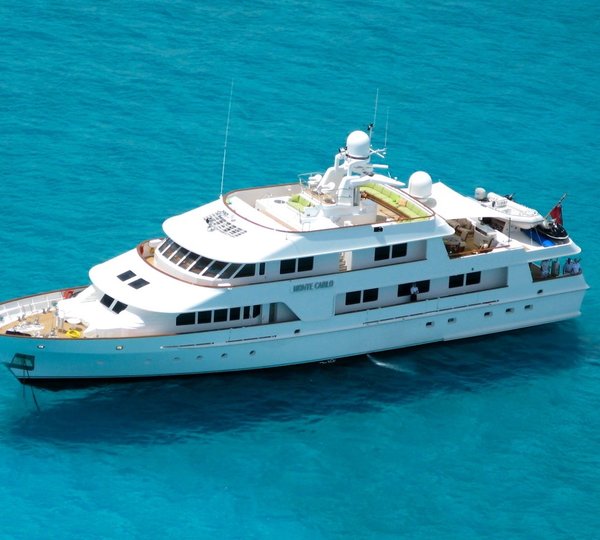 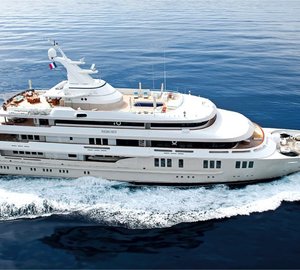 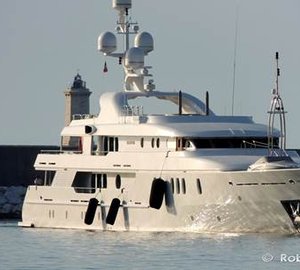 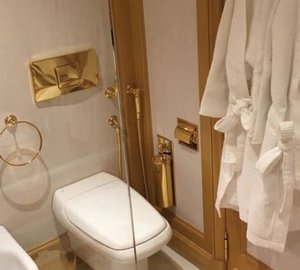 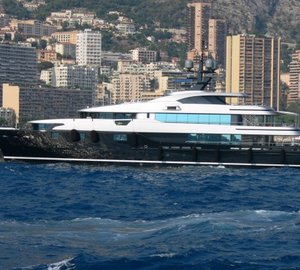