The first Outer Reef 70 to Australia hit the shores this past week after an ...
Browse News Section

The first Outer Reef 70 to Australia hit the shores this past week after an uneventful journey from Taiwan and a flawless offload in Port Kembla, Australia.  Motor yacht AROONA, the Outer Reef 70 was built to Queensland Commercial Survey by her owners Andrew and Linda Prentice and will be put into pleasure cruising, fishing and diving yacht charters on the Great Barrier Reef. 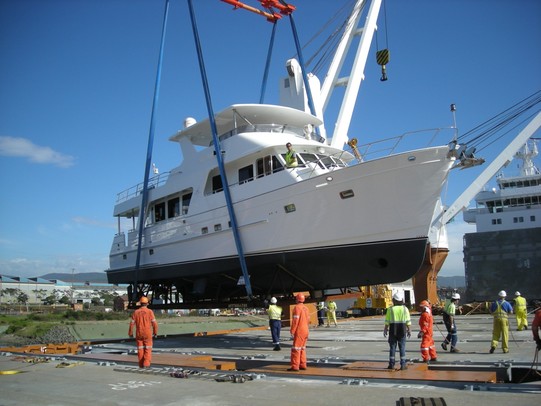 All hands and her owners were up early on delivery day anxiously awaiting the go ahead from the Port Authority to see AROONA in the flesh since her voyage from Taiwan, akin to the likes of Christmas morning.

Motor yacht AROONA was blessed with an excellent placement on deck which shielded her from the ravages of the open ocean.  M/V DIAMANTGRACHT, the carrier vessel dodged  a couple of typhoons on her way to the Southern Hemisphere and bucked some very high winds and nasty seas on her final leg of the journey.  Considering the weather she encountered along the way, the Outer Reef 70 AROONA was remarkably clean and ready to show off her stuff to her new owners. 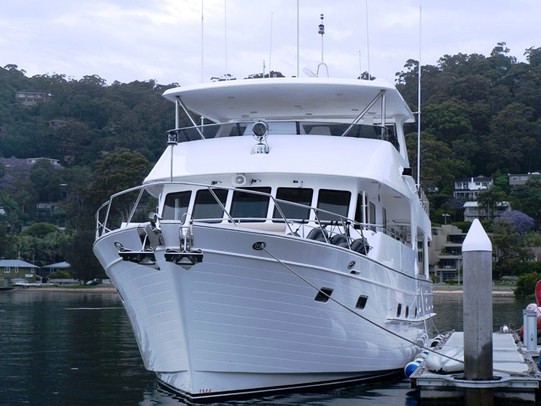 After an uneventful 10 hour journey in 2-3 meter seas from Port Kembla, with pods of whales breaching and numerous dolphins riding the bow wave of M/Y AROONA, seemingly guiding her home, she arrived safe and sound at Outer Reefs docks and offices in Sydney, Australia.

Charter yacht AROONA will be in Outer Reef’s ”Try Before you Buy” charter program, in which potential customers can spend a week or 2 aboard AROONA, fishing and diving in some of the most pristine waters in the world.  If the perspective client decides to purchase an Outer Reef, their charter fees will be reimbursed.

Motor yacht AROONA will go through the final commissioning process which will take about 2 weeks and once completed, she will head North to Cairns, where she will call this port her home base.  I do not though foresee yacht AROONA spending much time in port as she already has a very well booked charter schedule. 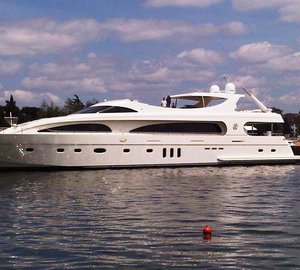