The German shipyard Nobiskrug successfully completed and delivered the traditional 60 metre motor yacht ‘Jamaica Bay’ to the yacht’s owners in early August, 2010. The classic inspired Jamaica Bay superyacht, as distinguishable by her remarkable canoe stern, was designed by the Dutch designer Felix Buytendijk – both exterior and interior.

The 60 m 2010 luxury superyacht Jamaica Bay has superb open exterior decks which are undisturbed by superstructure and hence allow uninterrupted views over the ocean. The interiors are very traditional in dark mahogany with deep blue carpeting or wooden flooring and there is a very smooth transition from the Guest Areas to the well appointed Crew Accommodation. 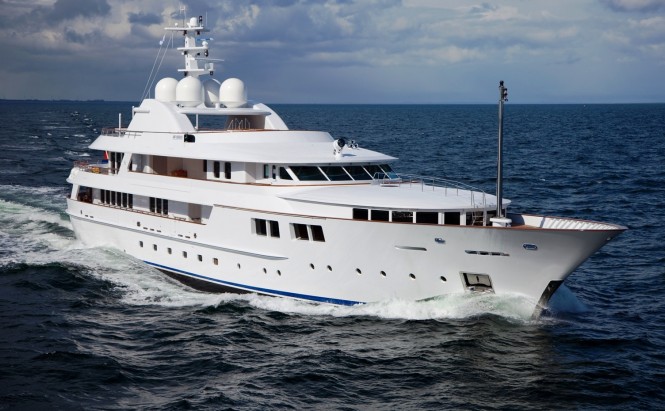 The accommodation aboard the Jamaica Bay yacht is spaciously divided with the expansive Owner’s Suite placed forward on the Main Deck, just ahead of the equally grand VIP Suite, both equipped with whirlpool bathtubs in the large bathrooms. The four Guest Cabins, which are spacious enough for either luxury yacht charters or private owner use, on the Lower Deck are typically situated around the main staircase that rises through the vessel with its traditional mahogany balustrade, reaching the Sky Lounge with its window placement and the tranquil ambience.

With her maximum speed of 16 knots, yacht Jamaica Bay will not take long to sail to USA where she will cruise the East Coast down to Caribbean in readiness for the coming winter season.

Nobiskrug has now four further yachts under construction and will shortly deliver the next mega yacht Sycara V, to be presented at the Monaco Yacht Show 2010. 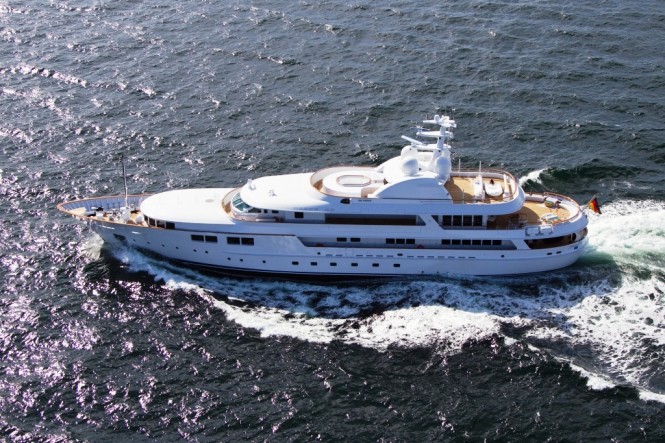 For further information n Yacht Jamaica Bay oplease contact:
Nobiskrug GmbH
Dirk Zademack
Kieler Strasse 53
24768 Rendsburg, Germany
Dirk.Zademack@nobiskrug.com
+ 49 4331 207 180
More about Nobiskrug GmbH:
Nobiskrug is a shipyard, situated at the river Eider in Rendsburg Germany with more than 100 years of experience and tradition in the construction of large seagoing superyachts. The shipyard focuses on the newbuild and conversion of mega yachts longer than 60m. Furthermore Nobiskrug is specialized in the maintenance and repair of naval vessels. Since summer 2009 Nobiskrug is part of Abu Dhabi MAR. The French shipyard CMN and ADM Shipyards are also part of this group. 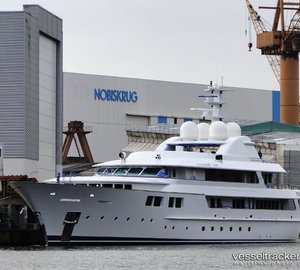 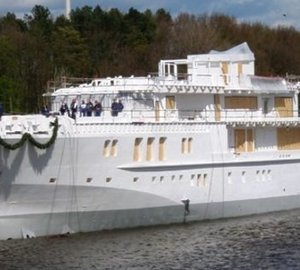 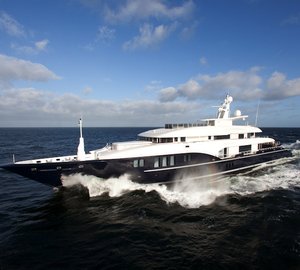