Next month will see the New Zealand Street return to the Monaco Yacht Show, with another spread of innovative companies. These will display the strength of New Zealand’s superyacht industry. 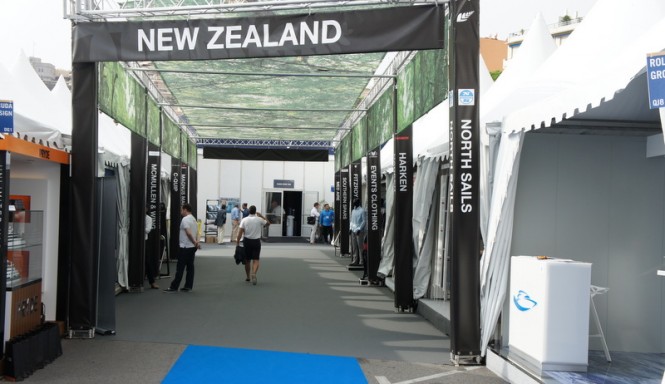 New Zealand companies will present a united front, supported by a Destination New Zealand stand in the centre of the street, as they present their world-leading products and services. Destination New Zealand is an initiative formed by Auckland Tourism Events and Economic Development (ATEED), Tourism New Zealand, New Zealand Trade & Enterprise and NZ Marine, to spread the word on the diversity of cruising available along New Zealand’s coastlines. The stand will act as the heart of New Zealand street, with itinerary advice and plenty of information for both owner and crew available.

Events Clothing is one New Zealand Street exhibitor known for its ethos combining quality with sustainability in crew uniforms. The company, which successfully supplies innovative products including their Grinder Polo made from recycled products – three plastic bottles and two cups of coffee in every polo to be exact – is going one better for this year’s Monaco Yacht Show. Events’ new high-performance, eco-friendly Keel shorts are made from recycled goods to form a quick-dry, water repellent fabric; a combination sure to find favour with crew who like their uniforms as easy to wear as they are easy on the environment.

MedAire will introduce exciting new products at this year’s show, as well as have their expert team on-site to help crew choose the onboard medical equipment that best suits their, and their guests’ needs – both at sea and on shore. MedAire will demonstrate how their quality medical and security advice, information, and assistance help yacht crew and guests around the world; supported by MedAire’s medical kit systems and MCA-compliant first responder training.

As unique as the pristine coastline they’re crafted on, McMullen & Wing craft striking superyachts which perform. Yachts created by McMullen & Wing are renowned for being exceptionally-capable vessels; a capability which proves itself at launch as many McMullen & Wing new builds take advantage of New Zealand’s diverse coastlines for their inaugural cruise. These are yachts which are to be used, enjoyed and loved; but it’s on water that they truly come to life and show what they’re capable of.

Orams Marine is a leading marine centre for superyacht refit and refurbishment in the southern hemisphere, offering a range of marina work berths in flexible configuration from 30m to 96m. Striking Royal Huisman-built S/Y Athena will be at the show, displaying the handiwork of a nine month refit at Auckland’s Orams Marine. The 90m Royal Huisman three-masted schooner undertook a complete repaint of the hull and superstructure by the experienced team at Orams.

Tourism Fiji will be tempting yachts looking for adventurous seas to explore, with the next generation-appeal of the South Pacific as a cruising destination. New, comprehensive facilities at Port Denarau Marina in Fiji have transformed the Pacific nation into a destination in its own right and Tourism Fiji’s stand, incorporating Port Denarau Marina, and Yacht Help Fiji, will be on hand at the show to help owners and captains plan their Fijian sojourn.

At this year’s show, Southern Spars is celebrating 25 years of innovation and evolution, manufacturing and installing custom-made spars for all kinds of sailing yachts. This past year has been particularly busy for Southern, with six superyacht and eight grand prix/race spars delivered and installed. Southern Spars are hosting a breakfast at the Fairmount Hotel in the Salle de la Mer conference room from 8:15am to 9:45am, Thursday September 26th.

IMED offer something different to the superyacht industry. The Auckland-based company design and build watertight, functional outdoor helm stations, allowing the skipper precision control from the deck, with a helm crafted in carbon fibre, membrane or glass

Having been successfully fitted on S/Y Genevieve, S/Y Destination, S/Y Silvertip, and the tenders of M/Y A, among others, this is the first time the watertight, user-friendly and aesthetically-pleasing control panels will be on display at a European boat show.

On site at New Zealand Street will be industry experts to guide you in making the most out of this island nation, for cruising, new build or refit. Representatives from the South Pacific’s premier regatta, the New Zealand Millennium Cup, will also be on hand to help with any enquiries. Don’t miss the chance to stop by the shaded forest atmosphere of New Zealand Street for a warm Pacific welcome and cool break in the bustle of the Monaco Yacht Show. 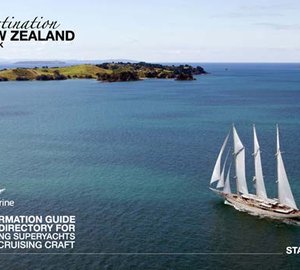 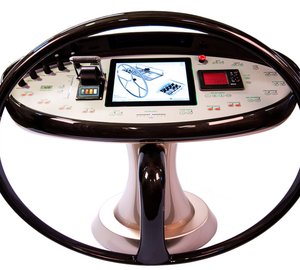 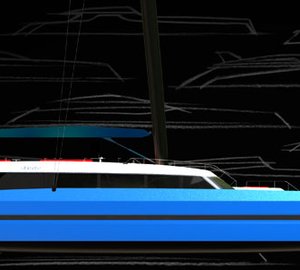