Griffen Marine Travel and its Griffin Yacht division are pleased to announce that Marina Port Vell will be one of ten sponsors of the Griffin Yacht Club at the Monaco Yacht Show 2011.

“We are extremely pleased to have Marina Port Vell join us,” says Pieter Rieder, Griffin’s SVP Commercial Development, adding, “Having purchased the Marina in 2010, Salamanca’s exciting plans to make it home to some of the world’s largest yachts is very important to the industry and we’re gratified that they chose to showcase it at the Griffin Yacht Club.”

Griffin is hosting superyacht Captains and Crew in an exclusive lounge environment directly outside the Monaco Yacht Show in the famed restaurant Le Saint Benoit five floors above the harbour.

Strictly for actively serving yacht crew, the Griffin Yacht Club will be open daily during the show and will offer complimentary breakfast and lunch along with an open bar just steps from the Designers Gallery and opposite the Chicane Entrance to the show.

“We are delighted to be among a handful of sponsors of the Griffin Monaco Yacht Club, providing the ideal communal setting for captains and crew to take time out and relax during the four day event,” says Gabriel de Sandoval, Marina Port Vell’s General Manager.

“We believe that in supporting the Monaco Yacht Show we are providing captains and crew with a taste of the exciting redevelopment plans projected in Barcelona over the forthcoming year, whilst also cementing Marina Port Vell as one of the most highly anticipated and elite superyacht marinas in the world.’’ 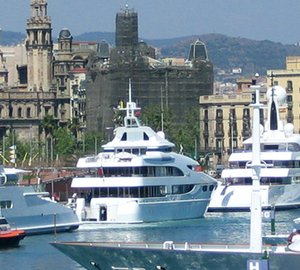 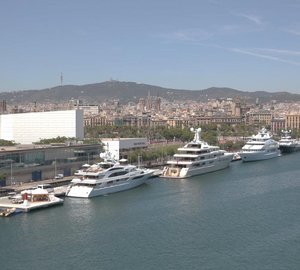