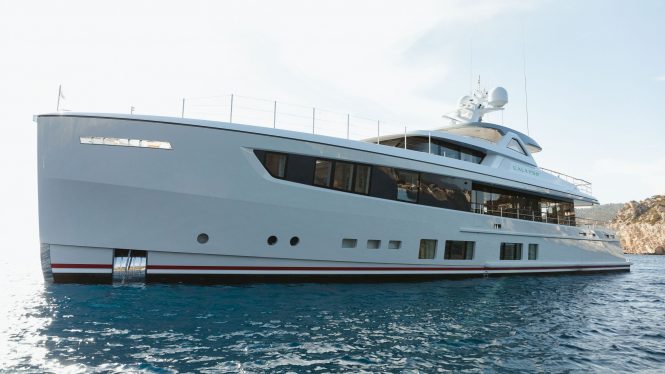 The Mulder ThirtySix model is designed for usability as a luxury charter yacht as well as for private use. The sturdy modern exterior has a masculine appearance with interiors designed for ease of use for guests and crew alike, as well as a fuel-efficient engine.

London-based Vickers Studio has produced a walnut panelled interior with a four cabin layout similar to that found on sistership CALYPSO. Onboard storage ensures that there is room for plenty of water toys and tenders, and the aft beach club creates a welcoming environment right by the sea for drinks and relaxation.

Once completed, PROJECT MANA will be a sister ship to DELTA ONE and CALYPSO, the former the first in the series and winner of the World Superyacht Awards 2018 in the Displacement Motor Yachts Below 500GT – 30m to 39.9m category. PROJECT MANA will be ready for delivery before the summer season in 2020. In the meantime, her sister ship, luxury yacht CALYPSO, will be on display to visitors at the Monaco Yacht Show 2019 running from the 25th to the 28th of September. 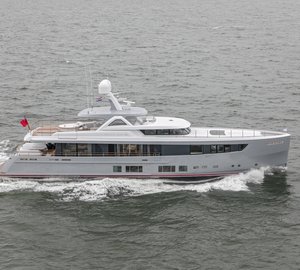 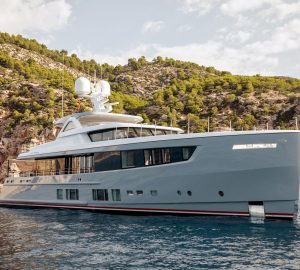 New Mulder Shipyard motor yacht CALYPSO to be delivered in 2019 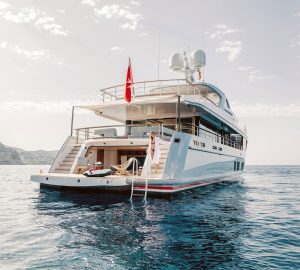