Heesen has proudly announced the launch of the all-new 45m motor yacht AMORE MIO, previously known as Project NECTO and YN 17145, which took place on Thursday, November 12, 2015 at the yard’s facility in Oss in the form of a private ceremony. Designed by Omega Architects, luxury superyacht AMORE MIO provides the very rare combination of space, speed, style and safety. Due to be delivered by the end of January 2016, she represents the largest and most powerful sports yacht ever built in the Netherlands. 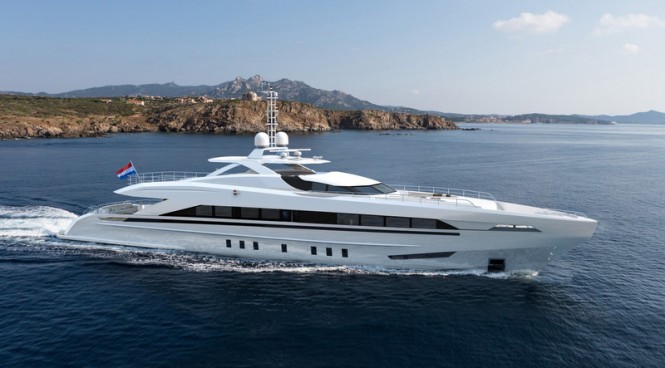 Run by twin MTU 16V diesel engines, luxury yacht AMORE MIO is a striking performance yacht, expected to achieve a thrilling top speed of 30 knots. Designed by the yard’s in-house naval architects, the semi-displacement aluminium hull ensures both rapid acceleration and smooth power. With a range of 2.750nm AMORE MIO can cross the Mediterranean with ease, or cruise the entire length of the Caribbean from St. Barths to Grenada stopping at as many islands as the owner chooses and on only one tank of fuel. 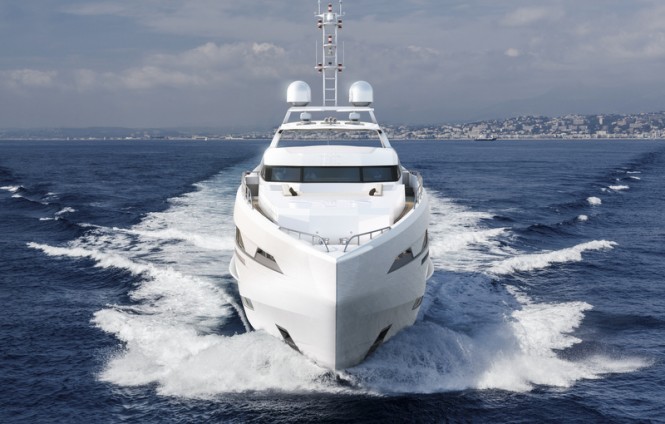 Moreover, super yacht AMORE MIO (Project NECTO, YN 17145) boasts a unique and ingenious MOB Rapid Reaction System, specially developed by her build captain. In case of man overboard, multiple buttons have been placed around the vessel that, when pressed, will instantly open concealed hatches dropping high-visibility inflatable life rings in the water to both mark the position of the MOB and also serve as a flotation aid. Simultaneously, alarms on the bridge and in the crew areas are sounded, and the location is recorded in the vessel’s chart plotter program. The MOB Rapid Reaction System could be a critical time saver in the rescue chain of events, particularly important for high-speed yachts running at night. 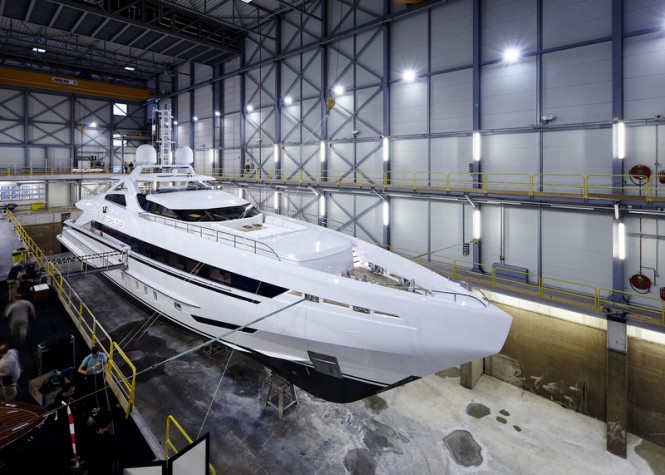 Externally, AMORE MIO yacht features a generous 90sqm top deck, which is both flybridge as well as sun deck, with al-fresco dining and a teppanyaki station. There are two lounge areas with cozy armchairs and coffee tables, as well as a great abundance of room for outdoor exercising. AMORE MIO also hosts a 5,9m Boesch mahogany tender. This is stored in the garage and launched thanks to the Heesen traditional Teflon slide, which saves considerable head room. 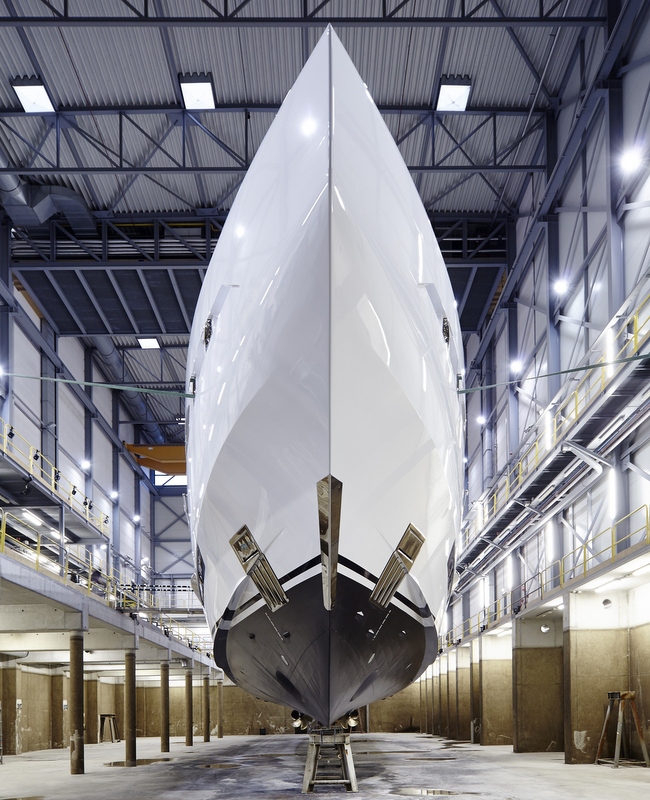 A mix of contemporary style and sophisticated elegance, the stylish interiors of AMORE MIO superyacht by Cristiano Gatto can comfortably sleep ten guests across five lavish staterooms, all with en-suite bathrooms. The master suite is traditionally positioned on the main deck forward, and is fitted with a relaxation corner with a large built-in, curved sofa on the starboard side, as well as vanity table on the port side. The bathroom features a large marble-lined shower stall. The remaining guest cabins, two twins and two double cabins, can be found on the lower deck. 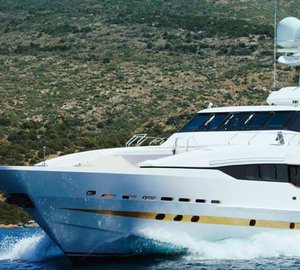 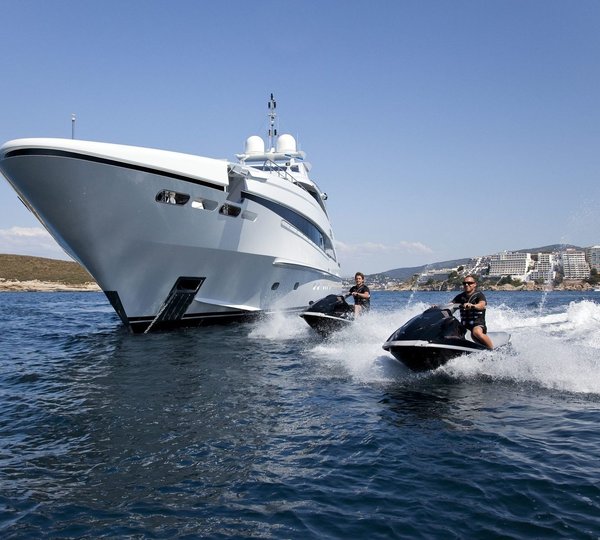 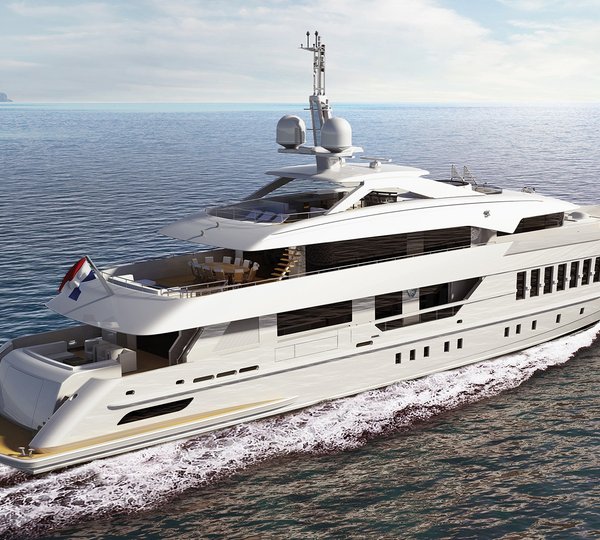 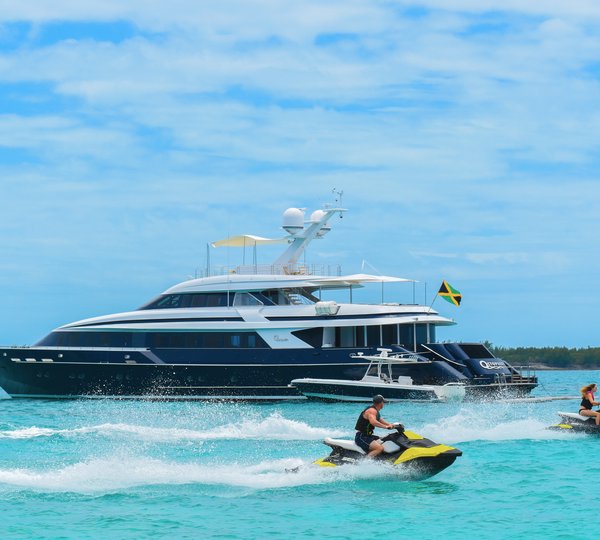 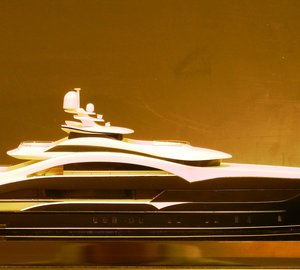 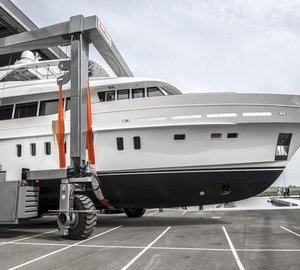