Construction of the WIDER 150 superyacht GENESIS is well underway at the WIDER ...
Browse News Section

Construction of the WIDER 150 superyacht GENESIS is well underway at the WIDER shipyard in Ancona, Italy. To be of the highest quality, luxury motor yacht GENESIS is expected to be handed over to her Owner in September 2015. 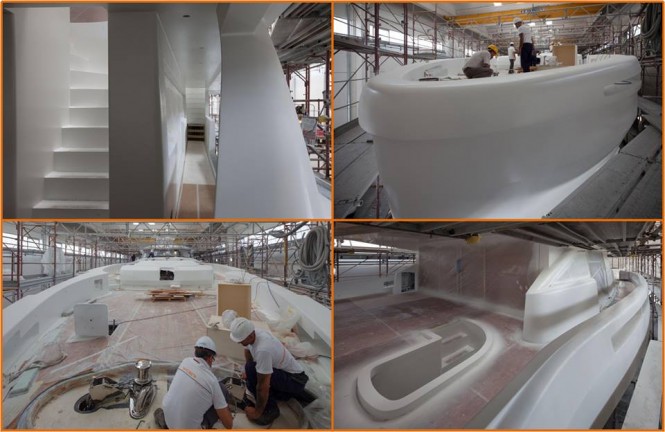 All of the windows as well as doors of luxury yacht GENESIS are now installed and the painting team is working on fairing and sanding of the superstructure in preparation for top coat. The first coat, which was applied to the sundeck over the weekend, will continue with the upper deck, main deck, as well as hull, with completion scheduled for late July.

The teak decking of GENESIS superyacht has now been completed, excluding the lower deck around the beach club area. The spa on the Sun Deck is being mounted and the outfitting of the aft beach club area has begun. 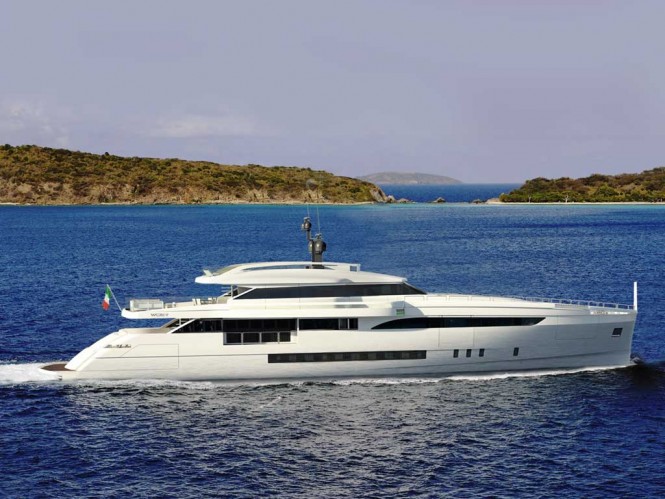 For the interior, the bathrooms of the lower deck guest cabins have been installed and the crew cabins are finished with protective coverings on all surfaces. On the main deck, the construction of the Main saloon and the owner’s apartment are also well underway, giving an insight into how the GENESIS yacht will look, once completed. Work has also started on the Sky Lounge’s interior outfitting and the shipyard will shortly receive the cutting-edge bridge station, which will arrive preassembled and ready for plug and play. 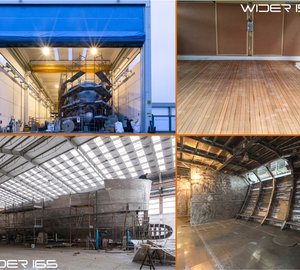 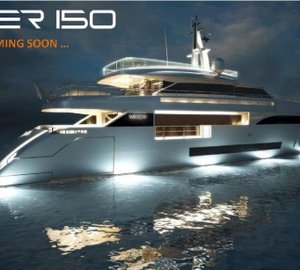