Cantiere Delle Marche in Italy has announced that it has launched the second ...
Browse News Section

Cantiere Delle Marche in Italy has announced that it has launched the second vessel of the four Darwin Class 102′ units sold – the explorer yacht BABBO. The yacht was launched on schedule for a South American ship owner. BABBO will also be officially presented at the upcoming Cannes Yachting Festival. 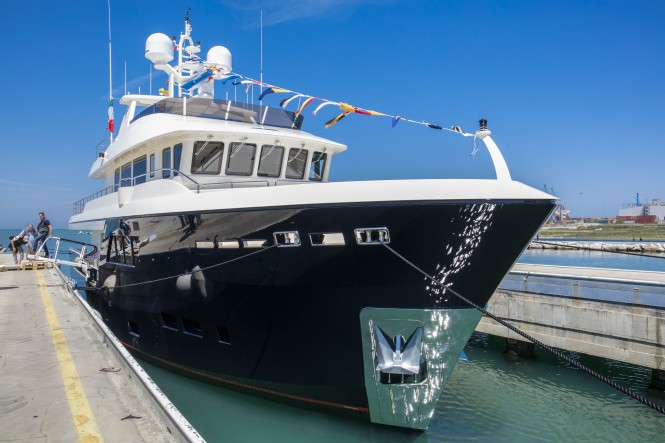 BABBO spreads over three spacious decks, with equally spacious interior areas. She is characterised by a particularly user-friendly layout and attention to detail. Her massive garage of 25 square metres hosts a great selection of water toys as well as a diving centre. The aft platform will house a 5-metre yacht tender while the 6,30-metre tender will find a place on the upper deck.

Just like the rest of Darwin Class yacht, BABBO has also been created to cruise even the most difficult areas, resisting winds of over 50 knots. Her full system efficiency has been proven by other models already cruising the world’s waters. 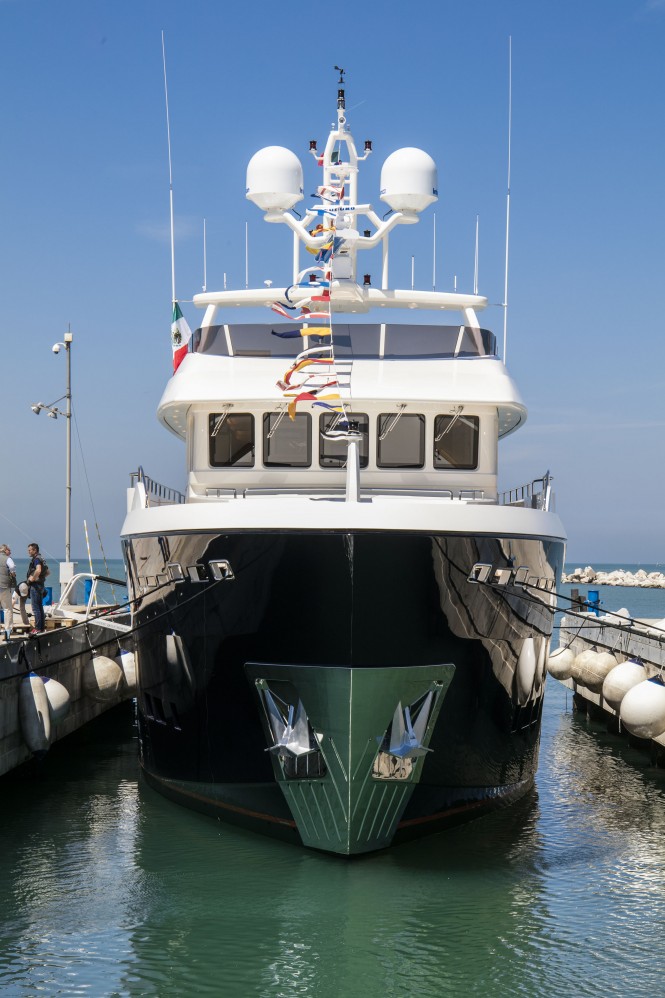 “We are incredibly pleased with the results achieved this time as well: the quality of our Explorer Yachts increases launch after launch and this, together with respecting – once again – the contractual schedule, makes us very proud,” said Vasco Buonpensiere, Commercial Director of the shipyard. “We also want to emphasize that the success of the Darwin 102, with the four units already sold, confirms the intelligence and the effectiveness of the foundational design choices: a true superyacht explorer comparable to yachts widely over 300 GRT, with the ease of management of a 24 meters yacht”. The Chairman of Cantiere Delle Marche, Gabriele Virgili, adds: “Operating results in constant growth, the 6 units under construction all over 100 feet, the international recognition culminating this year with two boats in the Final for the World Superyacht Awards. All of these are definitely great satisfactions for those who started this adventure a little more than five years ago. But the greatest joy and the most important sense of success, I think, it’s the satisfaction and pride of our clients sailing around the world on our Explorer. A real community was created among friends sharing the same passion and pride in owning a Cantiere delle Marche: real spontaneous testimonials of our brand. And this is the best result that a company can get from all points of view”.

The interiors have been created in collaboration between Simon Hamui for style and decor and the PFA Studio for master plans, layout, and internal project management. BABBO is characterised by modern, contemporary and international style, boasting luxurious fabrics, leathers and woods, incorporating bespoke pieces of furniture of the most important Italian design houses, such as Flexform, Baxter or Dedon. The flybridge is a particularly warm and inviting area with a friendly atmosphere offering a hydromassage pool lined with Murano mosaics. 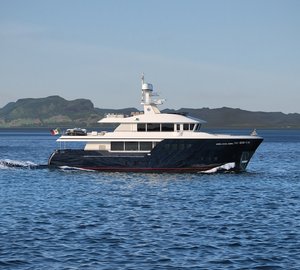