Yesterday, January 7, 2016 was marked by the official opening of the sell-out ...
Browse News Section

Yesterday, January 7, 2016 was marked by the official opening of the sell-out Phuket International Boat Show (PIMEX). Hosting one of the strongest line-ups of marine and lifestyle products in the show’s history, the 13th edition of the longest running marine and lifestyle show in South East Asia will run at the award-winning Royal Phuket Marina until January 10, promoting Phuket as the yachting playground of Asia. 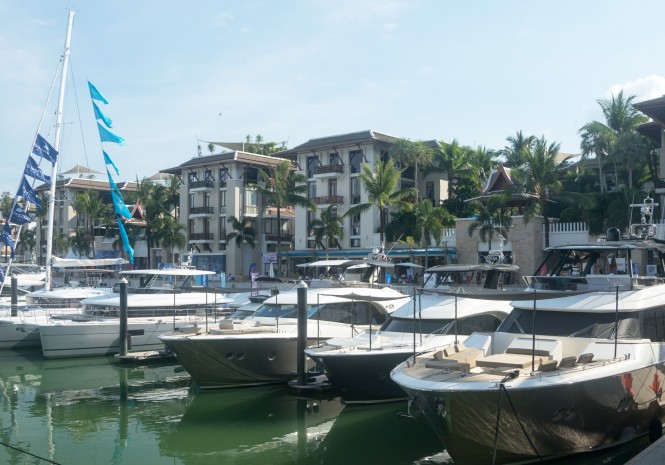 More than 60 yacht brands from all over the world are displaying at this year’s PIMEX, including four superyachts and two of the largest multihulls ever seen in Thailand. Boats ranging from 20 foot upwards, both sail and power, are open for viewing by expected 6,000 visitors during the event.

“I am proud to say the Phuket International Boat Show is a sell-out. All the in-water space is taken and the Exhibition Hall looks fantastic. Following the Thai Government announcement of a new 12-month superyacht charter licence for foreign-flagged vessels, we have seen a notable increase in enquiries from superyacht brokers and agents around the world. What is very encouraging though is not just the quality and size of some of the boats in the show this year, but also the variety: there are more sailboats and multihulls than ever before, the smallest boat on display is 20 foot and there are entry level boats for under THB2 million,” said Mr. Andrew Dowden, Managing Director of Andaman Marine Consultants, organisers of the Phuket International Boat Show.

In addition to vessels for sale, the event is also hosting charter companies, yacht service companies, marine products and water toys, as well as a range of luxury cars, properties and more in the waterside Exhibition Hall and Town Square. 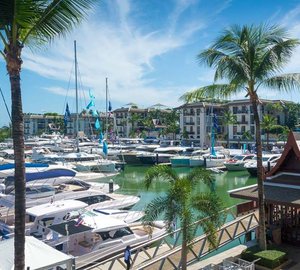