It has been a highly successful 2016 Phuket International Boat Show (PIMEX). The 13th edition of the longest running boat show in Southeast Asia was marked by plenty of Asian and Thailand premieres, strong sales and a record turnout of visitors. 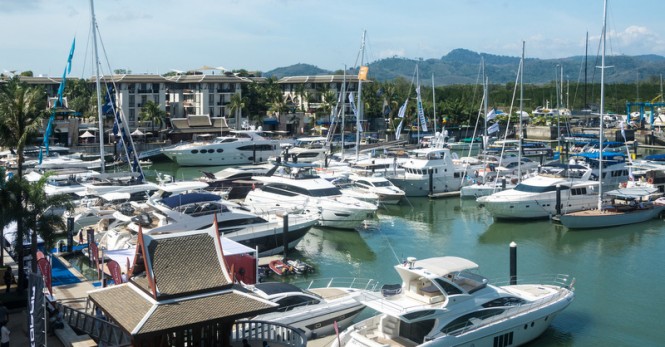 The Show came to an end yesterday, on January 10, 2016, and welcomed 5,500 visitors, over 60 international boat brands, and an impressive line-up of motor yachts. “The show got off to a great start with two boats sold on the first day and a record visitor turnout. In fact, the daily visitor numbers are up almost 30% on last year as are sales across the range of businesses and products presented. One of the first boats sold was a mid-sized sail boat and it’s very encouraging to see the diversity of exhibitors and sales, showing Phuket really is the heart of boating in the region,” said Mr. Andrew Dowden, Managing Director of Andaman Marine Consultants, organisers of the Phuket International Boat Show. 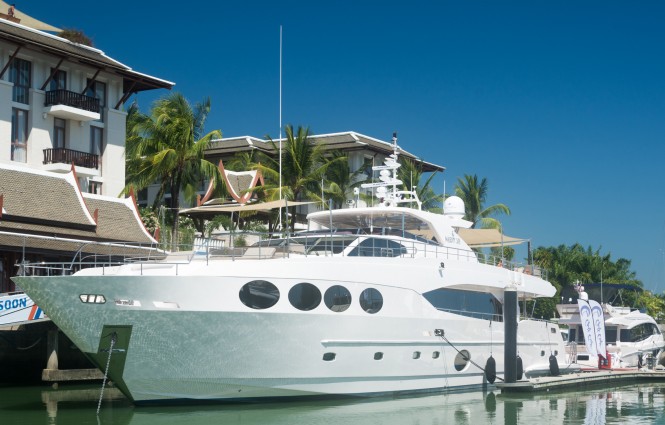 With the Thai Government looking to open up the superyacht charter market in Thailand, there was an increased showing of large vessels at this year’s show with the biggest, the Majesty 105, attracting a lot of attention. In fact, the next year’s Phuket International Boat Show will feature a dedicated superyacht facility, and will run at the Royal Phuket Marina from January 5 to 8 January.

Gulf Craft to attend PIMEX with Largest Superyacht on display 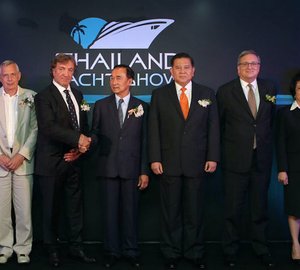