SilverYachts has proudly announced their participation in this week’s Monaco ...
Browse News Section

SilverYachts has proudly announced their participation in this week’s Monaco Yacht Show, running at Port Hercules, a glamorous Monaco yacht vacation destination, from September 23 to 26, 2015. During the event, the Australia-based shipyard will showcase their breath-taking 77-metre superyacht SILVER FAST. 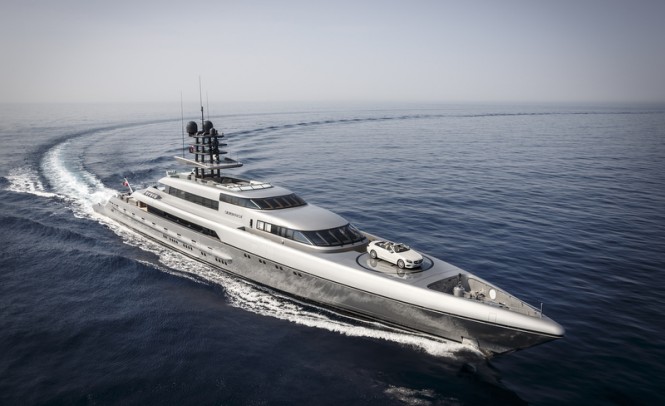 Espen Oeino was responsible for the exterior design of luxury motor yacht SILVER FAST, representing the most advanced, eco-fuel efficient vessel in the revolutionary Silver series. Boasting an eye-catching all dark silver paint, SILVER FAST is the world’s largest and fastest aluminium motor yacht with conventional propulsion in terms of length to speed ratio. 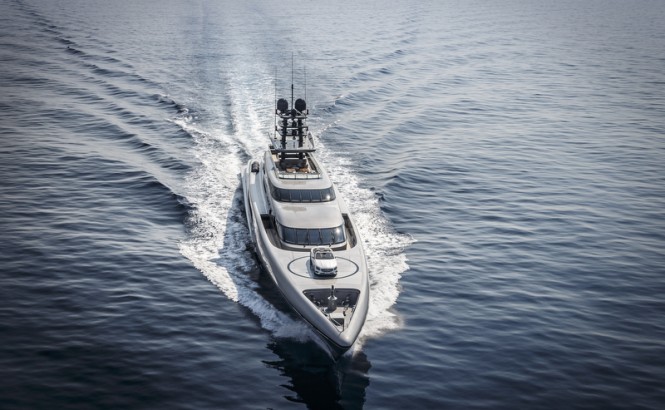 Reaching an amazing maximum speed of 27 knots, SILVER FAST yacht demonstrated her excellent performance on her recent 11,000 nautical mile delivery from Perth to Monaco with a stopover in the Gulf. She completed her maiden voyage seamlessly and efficiently at an average speed of 17 knots with fuel consumption of only 400 liters per hour. 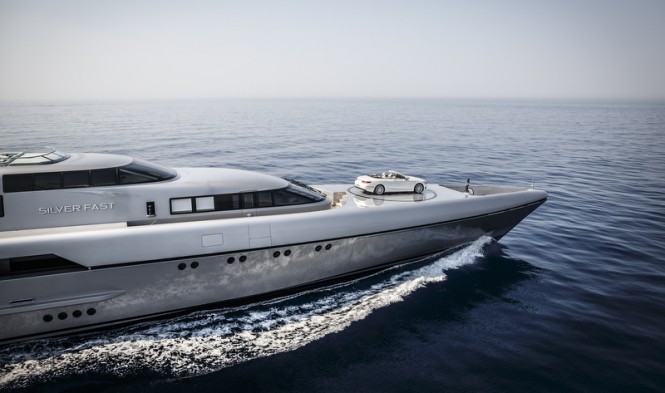 Last month saw SilverYachts team up with Mercedes Benz to produce a film in Monaco, featuring the new iconic S Class Convertible and mega yacht SILVER FAST. The film had its premiere on September 15 during the IAA Frankfurt Motor Show 2015. 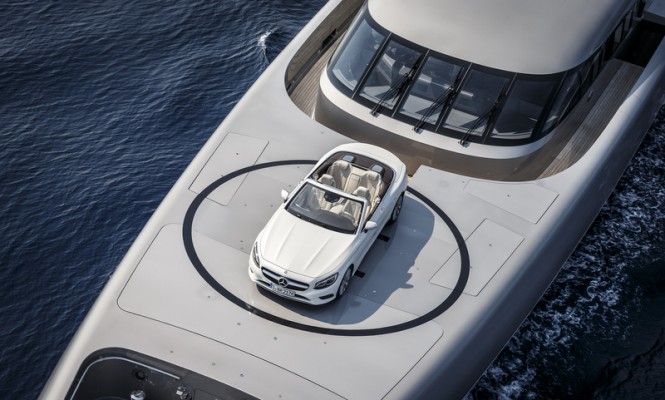 SILVER FAST Yacht from above

Remarkably, the new S Class Convertible was positioned on the helipad of the SILVER FAST superyacht, while she was speeding through the waters with 20 knots. The film, which can be seen here below, will be also presented at the Monaco Yacht Show.

The 77-metre super yacht SILVER FAST will be on display in the heart of the show at the Quai Rainier Ier, berth number R01. During the event, the shipyard will also reveal their next project in build – the 84,5m mega yacht SILVER LOFT. A large yacht scale model and the new renderings will be available for viewing at the stand, which will be located at T Central (QT12).