A preview of some of the new superyacht projects was presented by CRN, shipyard ...
Browse News Section

A preview of some of the new superyacht projects was presented by CRN, shipyard of the Ferretti Group, at the 2013 Monaco Yacht Show, comprising the 44-metre motor yacht SUPER CONERO project. CRN specializes in the building and sale of fully-customized and semi-customized motoryachts, made of steel, aluminium and composite material, ranging from 40 to 90 metres.

These ships, whose names recall the great tradition of the shipyard, which celebrated its 50th anniversary in 2013, “are destined to represent the new ‘entry level’ offered by CRN and are devoted to a passionate and knowledgeable clientele that appreciates the characteristics of detailed design and the many amenities, some of which are usually only available on bigger megayachts”, explained Lamberto Tacoli, Chairman and CEO of CRN.

M/Y CRN “SUPER CONERO” 44 METRES
The name refers to the “Super Conero line” of the 70s: it is a displacement megayacht with bulb, made of steel and aluminum, 44 metres long and 8.60 wide, within 500 GRT, designed by Studio Zuccon International Project and whose project design was developed by CRN Engineering.

It gathers all the most important features developed by CRN, such as the balcony that can be enjoyed while sailing, the open terrace overlooking the sea, which can be enjoyed when moored offshore, the beach club at the stern and, on the latest designed flagship, the tender bay (a floodable garage, introduced for the first time on board the 60 metre mega yacht “J’ade”), which creates a combined and open area with the beach club:  the garage can hold a tender with a capacity of 10 people.

The transatlantic range, the project design and the manufacturing, to the highest standards acknowledged worldwide in the nautical industry (RINA and MCA), the large internal volumes and the predominant use of glass forming large full length windows to improve the quality of life on board and the constant visual contact with the sea, make the “Super Conero” yacht project, a unique vessel which will be longed for by Owners.

The historic “SuperConero” line:  a dive into the past

The history of CRN started back in 1963, when Sanzio Nicolini began to manufacture boats in Ancona, in an old warehouse. The manufactured hulls were made of steel, a material that was not commonly used at the time since wood was preferred.

The use of steel, so unusual at the time was to last: indeed all the boats produced by CRN up to 2004 were solely made of this material. Soon the shipyard placed itself at the high-end of the market, with highly esteemed owners, establishing a solid reputation within a short time.

At the end of the 70s, the sizes of the CRN vessels were already between 15 and 20 metres, and it was during this period that the shipyard manufactured the first “series”of 23 metre hulls called Super Conero, made of steel and with a very distinctive design. 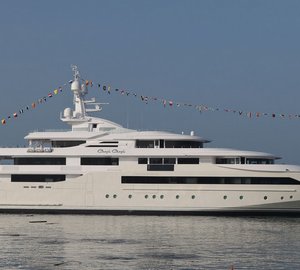 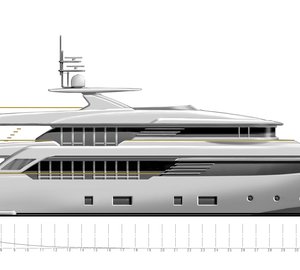 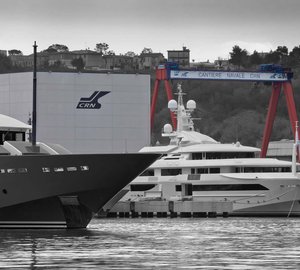 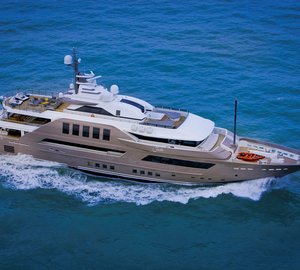