The NZ Marine Industry (NZMI) is planning to grow the size of the New Zealand ...
Browse News Section

The NZ Marine Industry (NZMI) is planning to grow the size of the New Zealand marine industry by an ambitious 55% over the next five years.

“This is not only good news for our industry and our members,” says NZMI executive director, Peter Busfield, “it also represents a very significant growth in our contribution to the New Zealand economy.” 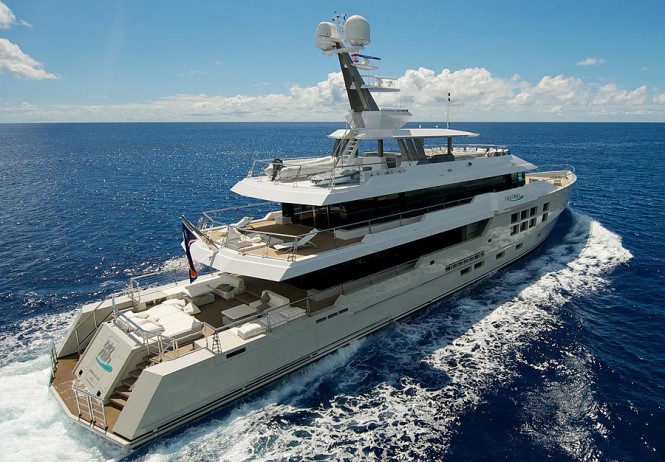 While the industry’s targets are ambitious they are also realistic, based on a recovering market for large superyachts, new infrastructure in key ports around the country and several bold new initiatives, including promotions during next year’s Rugby World Cup.

The large number of baby boomer retirees is also expected to have a strong and positive influence on the increase in recreational boating, both nationally and internationally.

While some sectors of the world economy still appear sluggish, high-ticket items such as superyachts appear to be bouncing back strongly.

For example, in the 14 months to September last year, local boat builders did not manage to secure a single order for a new superyacht.

In the last 11 months, they have signed 10, worth an estimated half a billion dollars.

“There has also been a pronounced pick up in the numbers of large pleasure boats coming here to undergo lucrative refits,” says Peter Busfield.

“Importantly, vital infrastructure is now either complete or under construction, meaning we are very well poised to take advantage of the recovering world economy.”

A good example of this lies just a nautical mile or so away from NZ Marine’s Auckland headquarters where superyacht Athena, one of the world’s largest aluminium pleasure boats, is moored on one of two new 90-metre superyacht berths at the entrance to Westhaven marina. 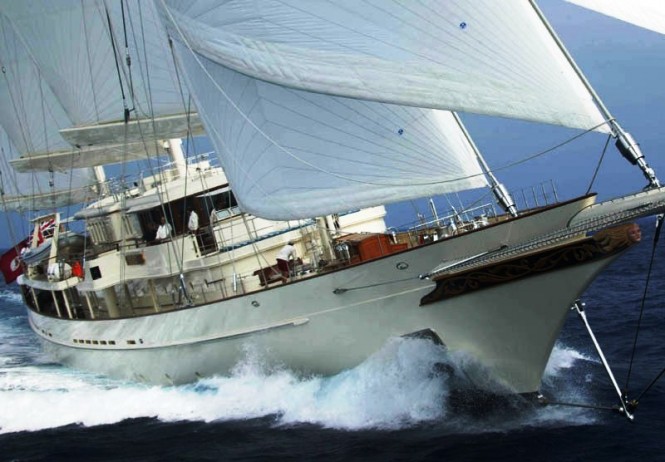 Other key developments are also underway at Wynyard Point, Hobsonville and Gulf Harbour in Auckland and at Whangarei, Tauranga, New Plymouth, Wellington, Marlborough, Nelson and Lyttleton.

With the help of partners such as New Zealand Trade and Enterprise, NZ Marine Export Group is also planning an aggressive marketing campaign in key international markets.

This includes high profile attendances at major international boat shows such as Fort Lauderdale, Monaco and METS and the wide distribution of the latest edition of the much-acclaimed New Zealand Marine Export Guide.

Together these will highlight the benefits of having boats built or refurbished in New Zealand and showcase our world-class cruising destinations such as the Bay of Islands, the Hauraki Gulf, Marlborough Sounds, Golden Bay and Fiordland. 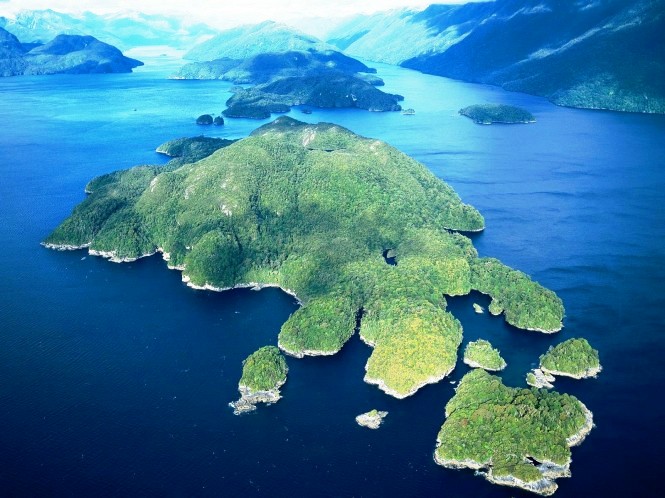 Another key initiative in this campaign is NZMI’s new Destination E Book, a comprehensive digital guide that that is literally a “one stop shop” for any vessel planning to visit New Zealand.

The electronic guide, which will be widely promoted overseas and on line, provides visiting yacht owners, skippers, guests and crew with everything they need to know about arriving in New Zealand. Topics covered include Customs, Immigration and Bio-Security, Maritime New Zealand and Harbourmaster’s requirements and information about and links to marinas, mooring facilities, refit yards and tourism opportunities.

The fast-growing refit sector has also been pro-active in this area, recently releasing a new detailed Code of Practice designed to further enhance the sector’s already impressive reputation.

Although superyacht new build and refits are expected to contribute significantly to the industry’s target of $2.7 billion per annum by 2015, they are by no means the only sectors of the marine industry forecast to grow strongly in the next five years.

For example, marine equipment sales feature predominately in the forecast and are expected to reach around $600 million per annum by 2015 and top more than $700 million by 2020. Launches, yachts, power trailer boats and other marine services are also forecast to enjoy substantial growth over this period.

NZMI has also been working to hard to maximise the high potential exposure offered by next year’s Rugby World Cup. With around 3000 international journalists expected here for the Cup, NZMI has worked closely with the Government and RWC2011 organisers to ensure maximum leverage during the event.

This has meant moving the 2011 Auckland International Boat Show in Viaduct Harbour to September, so that it is run over the same weekend as the key Australia-Ireland game. 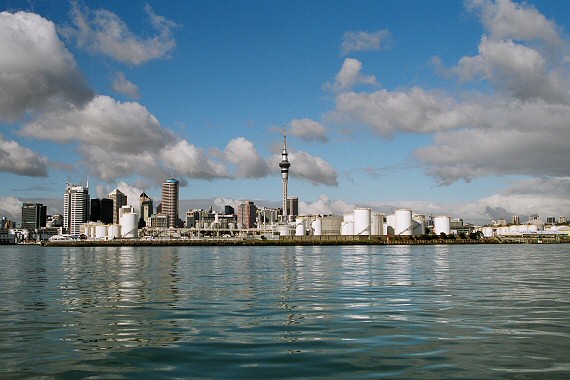 During the show, journalists and key international visitors will also be offered the chance to visit leading boat yards and be able to watch a highly entertaining International Boat Building Competition showcasing the skills of our young boatbuilders.

A special international forum for superyacht captains will also be held at this time.

In addition, NZMI representatives recently made a detailed presentation to Australian marine journalists and industry leaders in Sydney, with many expressing strong interest in visiting here next September.

Recognising that one of the keys to a successful marine industry is the skill of its employees, the high-performing NZ Marine Industry Training Organisation (NZ Marine ITO) is again breaking new ground by introducing its new on-line Learning Management System, RudderLive.

RudderLive is an advanced on-line LMS that allows apprentices and trainees to study when, how and where they like, simply by accessing the website.

Full of features designed to appeal to apprentices and younger trainees — such as 3D modelling, embedded videos, E-lectures (video clips from night school) and self-marking quizzes and case studies — RudderLive is a flexible custom-build system. It gives those using it greater control over their learning, enabling them to download the study notes and assessments they need when they need them and encouraging greater engagement in the learning process.

Recognising that a strong internationally-focused industry needs an equally strong domestic base from which to develop, NZMI is also aggressively promoting boating here in New Zealand. The main vehicle through which it is doing this is its new Discover Boating programme and, in particular, the informative and interactive website: discoverboating.co.nz.

“We believe it is the perfect recipe for the successful expansion of our industry; and our industry’s ability to continue to make a significant contribution to the New Zealand economy.”

While ambitious, targets are realistic due to:

Dedicated campaign in place to leverage off RWC 2011 and 3000 international journalists expected to attend. 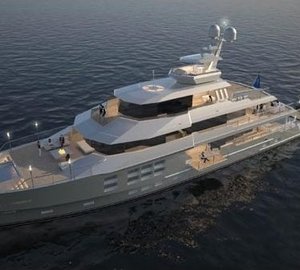 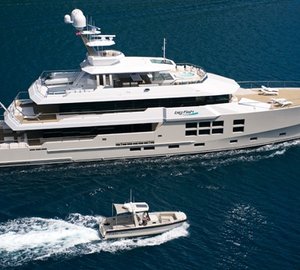 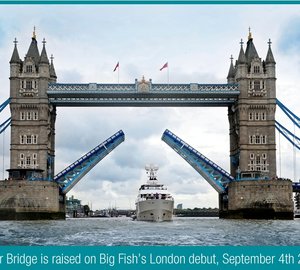 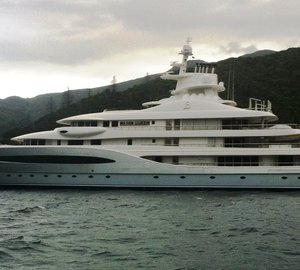