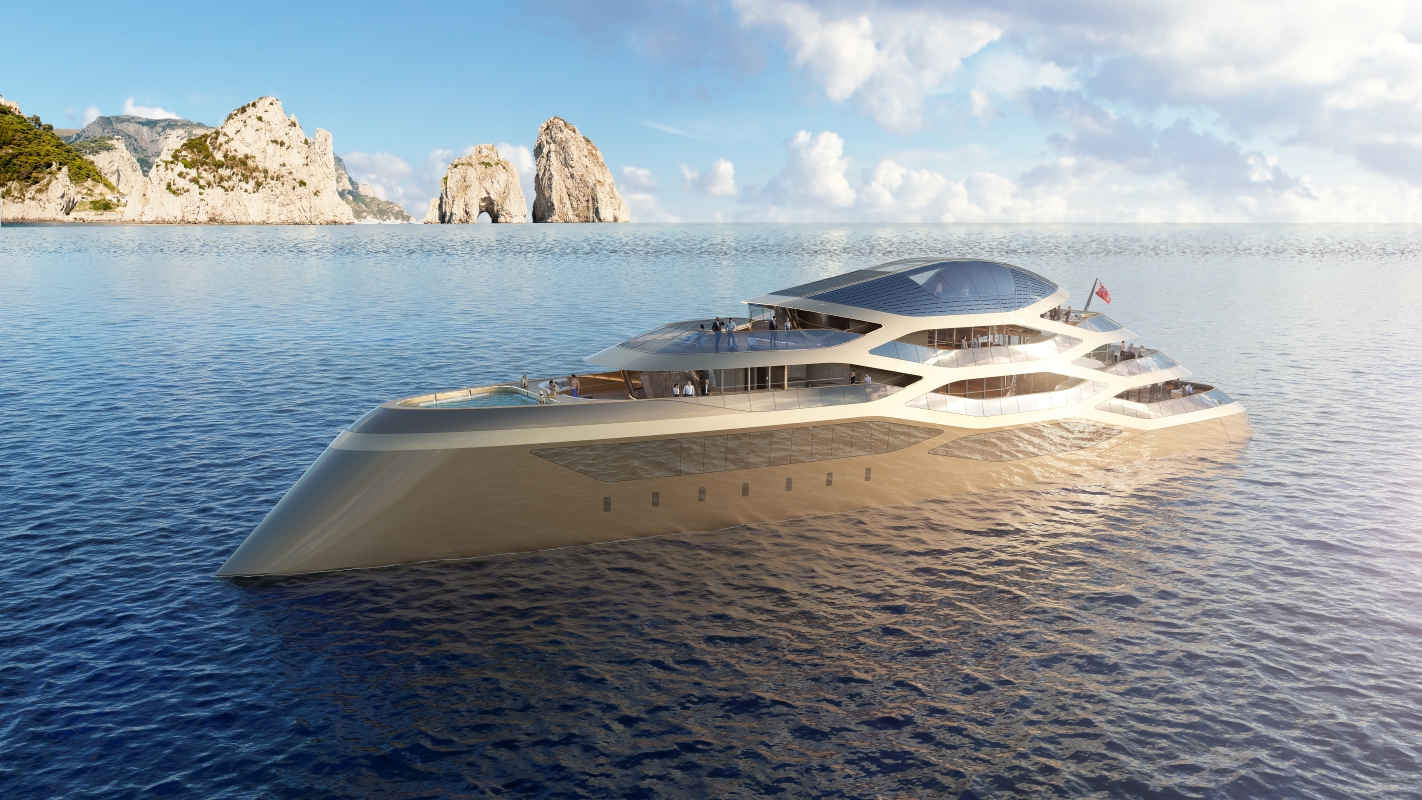 77m/253ft superyacht concept SE77ANTASETTE from highly acclaimed architect Fernando Romero has been unveiled at the Monaco Yacht Show. Among her planned features is a spacious beach club that can be opened for greater exposure to the environment and a state-of-the-art observatory that uses voice commands and motion sensors for augmented reality. ... read full story