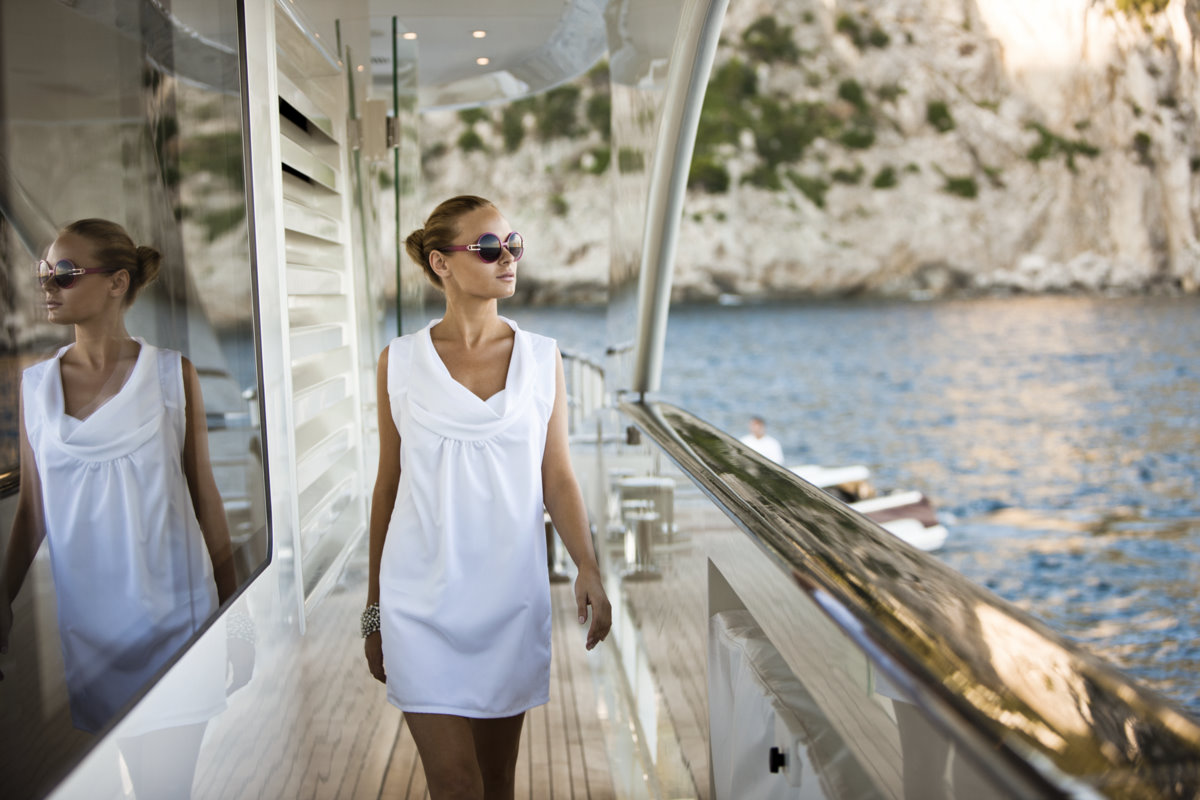 The 55m Heesen Yachts built charter yacht Quinta Essentia is one of the most beautiful yachts launched in 2011, finalist in the 2012 World Superyacht Awards and created in collaboration between the shipyard, Van Oossanen Naval Architects, Frank Laupman of Omega Design, Ken Freivokh and Michela Reverberi. She will be available for luxury yacht charter around the beautiful Mediterranean this summer. ... read full story

The 55m superyacht QUINTA ESSENTIA, launched by Heesen Yachts in March 2011 is now proudly taking charter bookings for next summer in the Mediterranean (2012). The 55 metre semi-displacement series motor yacht QUINTA ESSENTIA will charter at the rate of EUR 350,000 per week (plus 25% expenses, plus 20K Euros security deposit). The luxury yacht... ... read full story 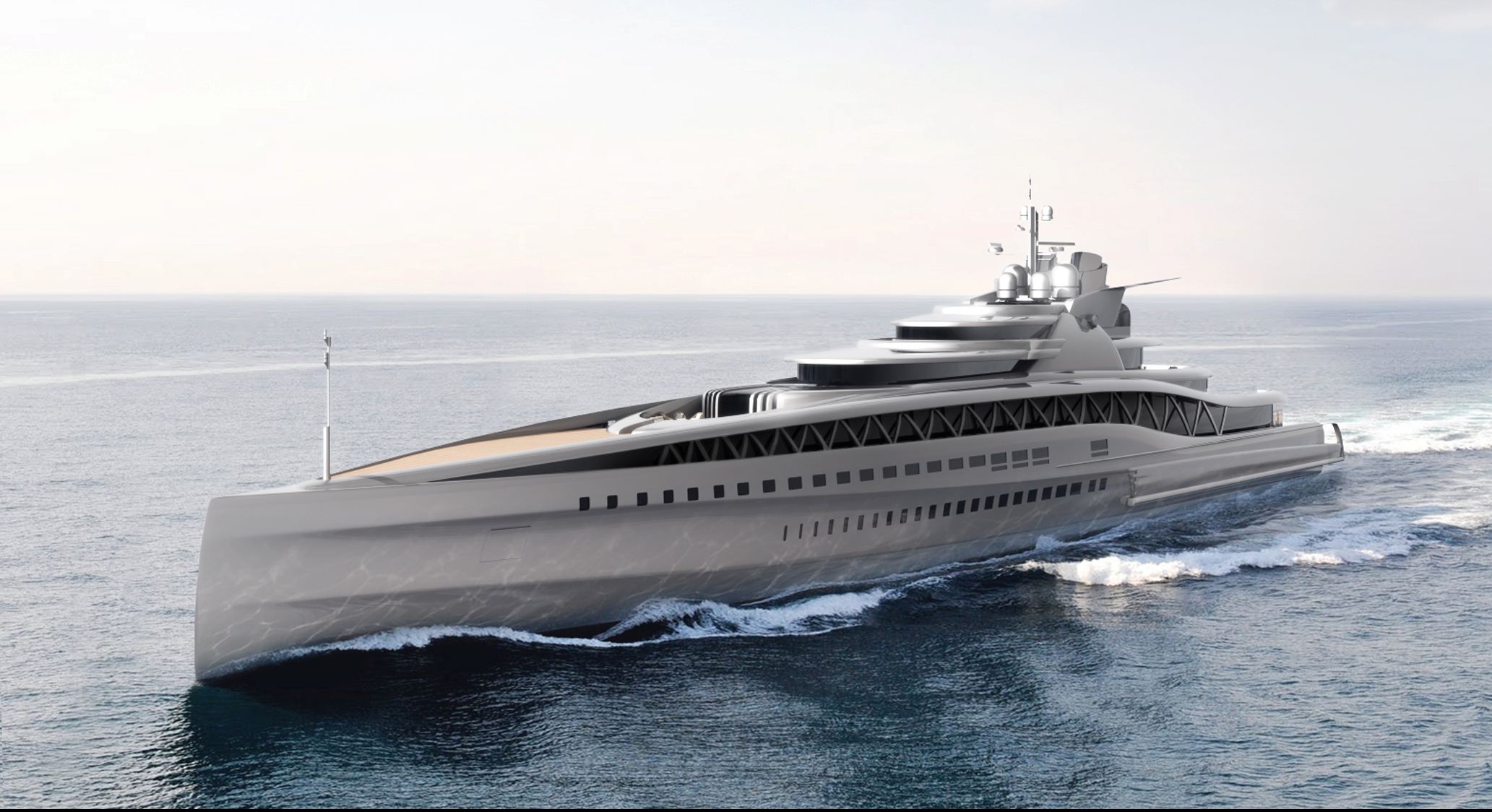 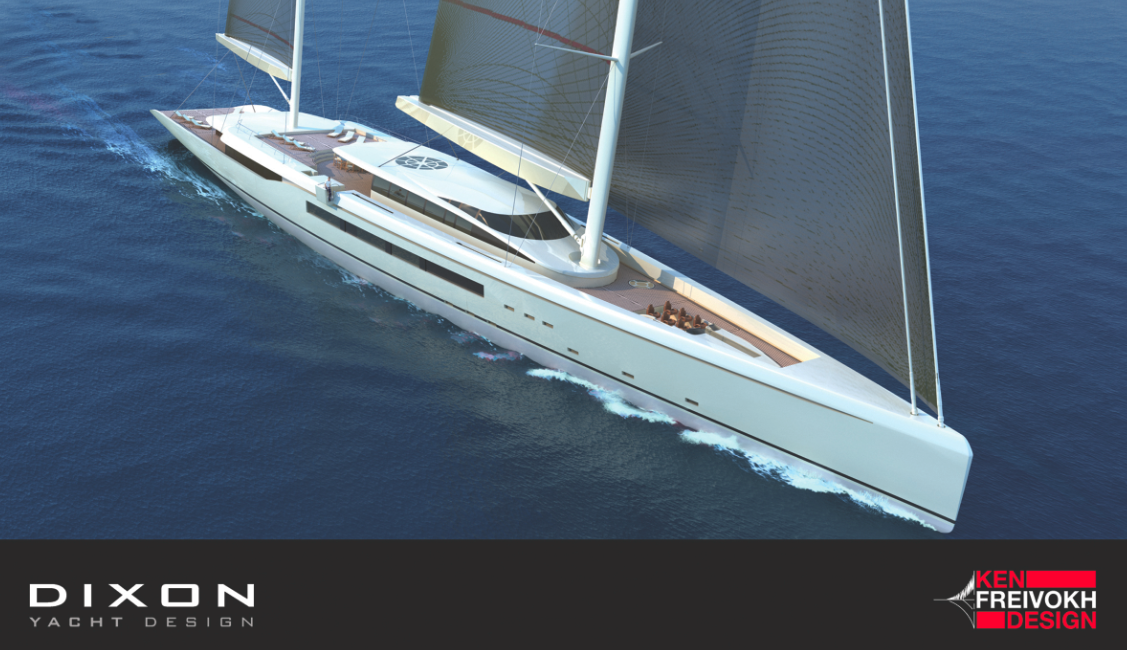 The combined talents of two of the most highly regarded yacht design offices in the world have come together with spectacular result: the 'Mantis 80' superyacht. Dixon Yacht Design, who are responsible for the naval architecture and the external styling of the sailing yacht MANTIS 80, have joined with Ken Freivokh Design who have weaved their magic on the interior of this outstanding yacht. ... read full story 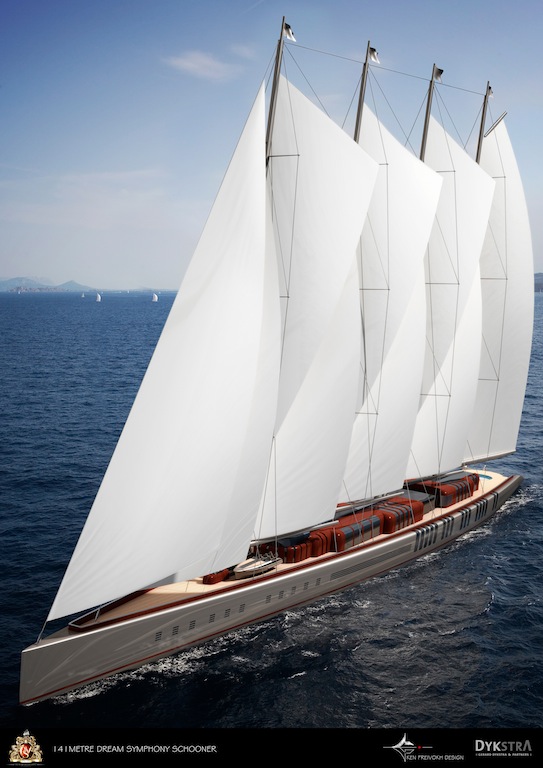 One of the most amazing sailing yacht projects, the 141m superyacht Dream Symphony has been announced under construction by the Dream Ship Victory shipyard based on the Aegean Sea. ... read full story 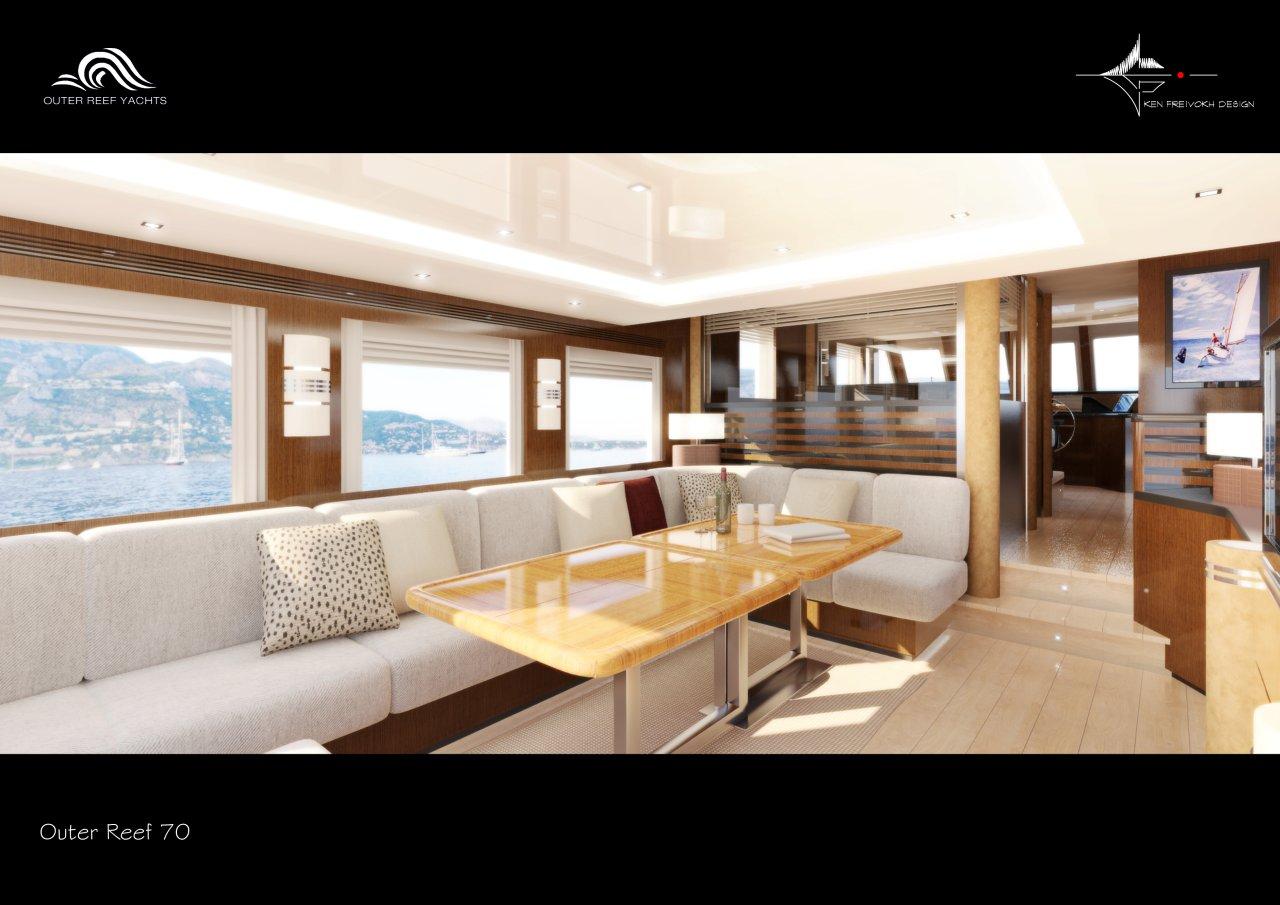 Outer Reef Yachts Europe Limited are delighted to announce that they have appointed Ken Freivokh as their exclusive European designer for layout and semi-custom interiors for their range of semi displacement trawler-style yachts. Outer Reef Yachts are renowned for their exceptional sea-keeping and all-weather cruising abilities. Outer Reef Yachts recognise since entering the EU market... ... read full story 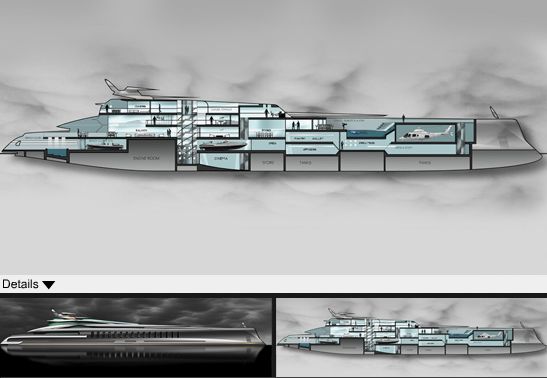 Motor yacht STEALTH is a Ken Freivokh Design (KFD) studio masterpiece. The 112m metre Stealthy superyacht is a leap in the evolution of yacht design with her bold, dramatic, powerful and unique forms – with her autonomous character and personality – all symbols of the increasingly successful KFD office.   ‘Ken Freivokh said that ‘the... ... read full story 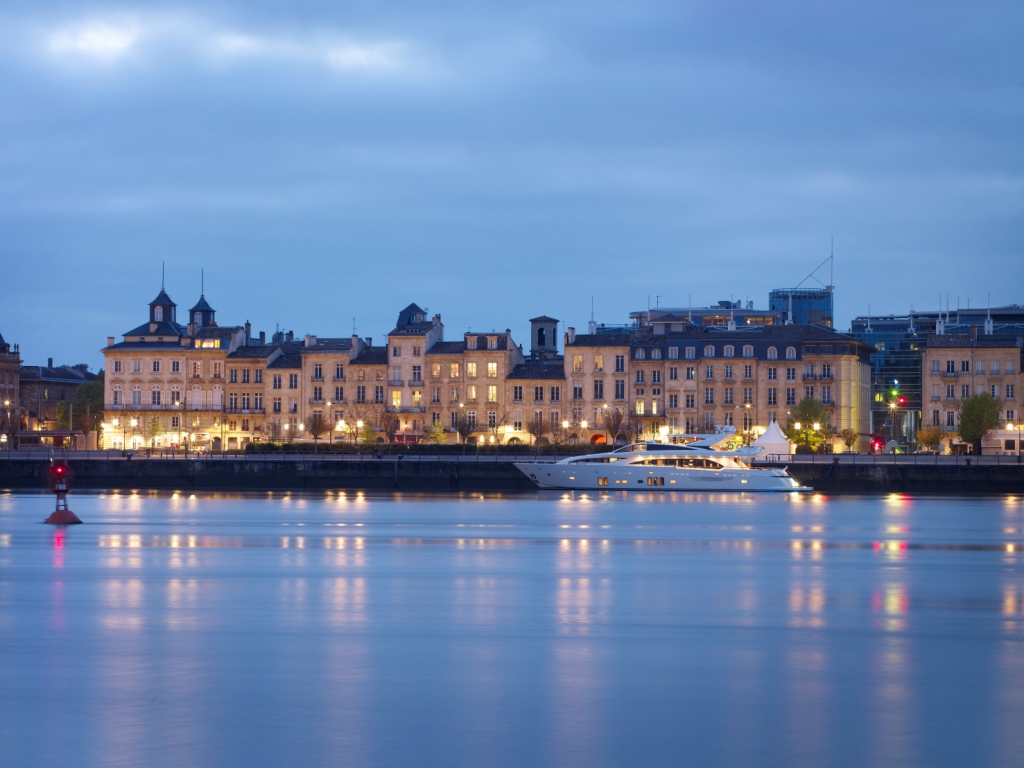 The 37m motor yacht Arion by Chantier Naval Couach was delivered to her new owner this weekend on the Bordeaux Quays, France. The Couach Yacht Event unveiling motor yacht Arion was hosted by the Chantier Naval Couach shipyard owner Mr. Fabrice Vial and President Eric Robert-Peillard who hosted many guests, members of the international press and distinguished guests. Ken Freivokh and local dignitaries such as the Deputy-Mayor of Bordeaux, Mr Stéphan Delaux, the Mayor of Arcachon Mr Yves Foulon were also on board. ... read full story 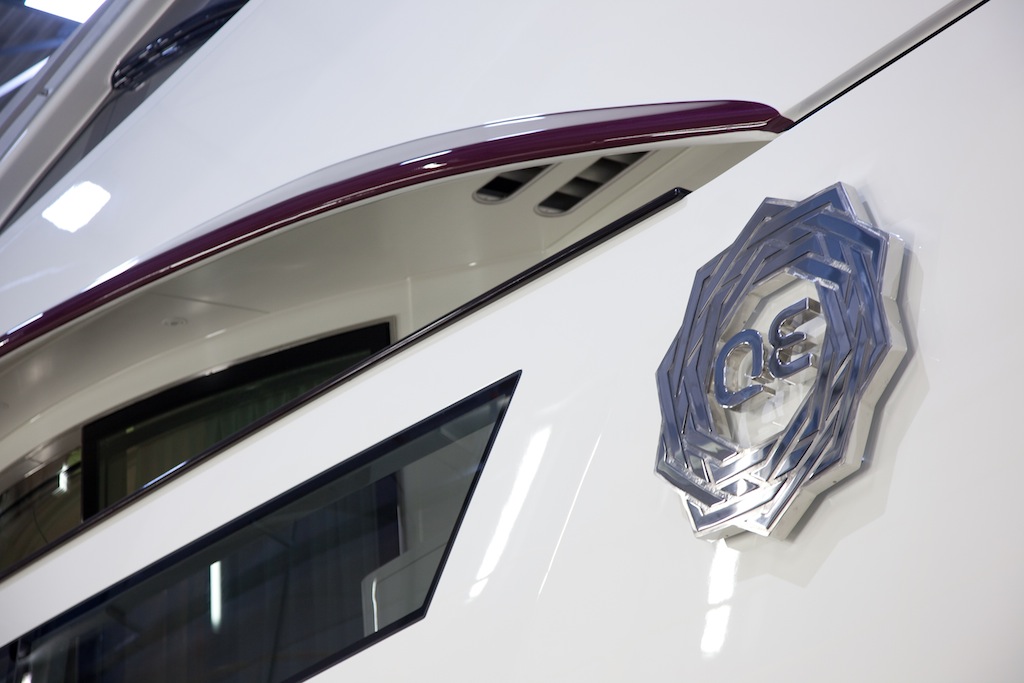 The 55 metre Heesen Yachts built, semi-displacement motor yacht Quinta Essentia, has been launched from the Dutch shipyard on the 11th of March, 2011. ... read full story