The advance in technology has created drones able to fly farther for longer and ...
Browse News Section

The advance in technology has created drones able to fly farther for longer and produce clearer pictures than ever before, and as a result, they are now being included among the toys available on luxury yacht charters for guests to make personalised films of their adventures. 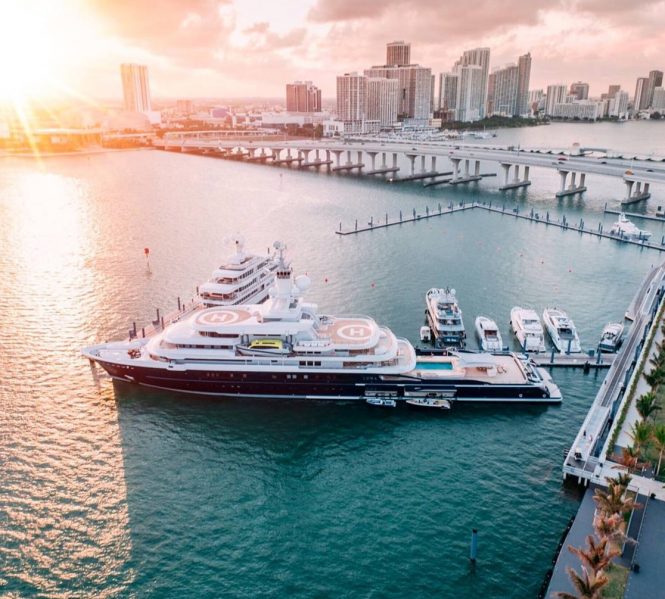 Luna in Miami. Photo by flye_drones

However, not all drone use is so innocuous: Reports comment on how paparazzi use drones to invade the privacy of guests on board, and burglars and even terrorists become real threats when utilising drones to scout ahead and bypass traditional security methods.

New technology and specialised security companies have entered the market to combat this growing problem and prevent such incursions from taking place. Crew training, early warning sensors and weapons that can blow drones right out of the sky are all part of the arsenal available for superyacht owners intent on defending the privacy and security of everyone on board.

Marine Anti-Drone Experts – MAD for short – is a 2017-founded company comprised of maritime experts and specialists in air traffic control and military security. Together, they have created the world’s first Marine Anti Drone Defence Course (MADDC)’. During the course, participants learn what action to take during an intrusion as well as an insight into the current technology available to detect and combat drones.

MAD also provides hardware and software installation for superyachts classic and brand new; as awareness of the problem grows, so does the desire to combat it.

MARSS is another company tackling the drone problem by collaborating with NATO, the European Union and defence industries to engineer solutions tailored to current issues. Among their solutions is NiDAR, able to detect threats underwater, on the surface and in the air. 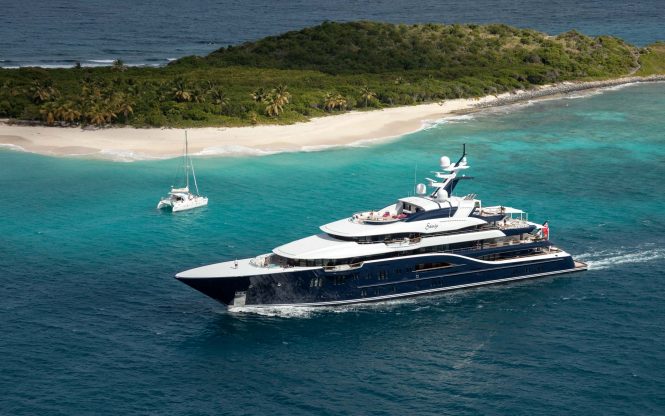 The system can rank threats and provide alerts which escalate in priority as the object approaches. Not only is the technology used for detecting drones but also incoming assailants on speedboats, giving the security team advanced warning to mobilise and for guests and crew to enter the citadel – the shipboard equivalent of a panic room.

Martek Marine have another response to drone incursions: a 500m+ exclusion zone known as the ‘D-FENCETM superyacht drone detection & defeat system’, which has already produced a strong order book.

D-FENCETM detects commercial drones within a 20+km range and provides the global positioning of both the drone and its pilot, as well as additional details on the drone’s speed and direction. If the drone enters the exclusion zone, to the control and video signal will be blocked, forcing the drone to return to its pilot to land.

For all the negative press that reaches the headlines, the benefits of drones cannot be underestimated: Crew has managed to secure a life-jacket to a drone and use a release system to deliver it to someone in the water. Drones can also be used to produce dynamic sales videos not only for luxury charter yachts but also for corporate events, parties and special occasions on board. They can also be implemented in search and rescue operations, or simply as a tool for effective maintenance personnel would find hard-to-reach or dangerous to access. 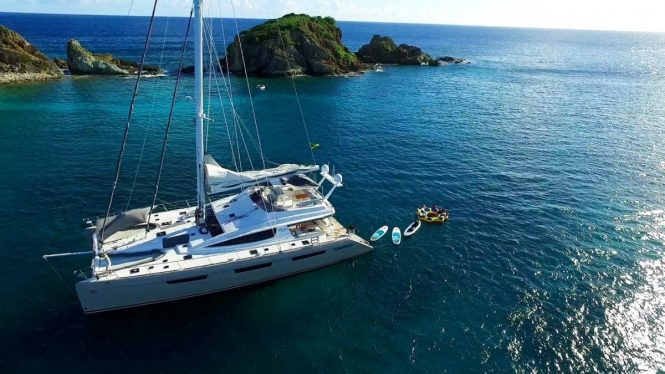 Whether capturing the action on a jet ski in the Caribbean or Mediterranean, viewing the destination from another angle or navigating over rock-filled waters to deliver a life-jacket, drones have contributed to the safety and enjoyment of millions and are here to stay.

Now that superyacht owners and builders are aware of drone misuse and the growing solutions at their disposal to combat it; they can ensure that the only drones hovering over their superyacht will be those piloted exclusively by the guests and crew on board.

Please contact CharterWorld - the luxury yacht charter specialist - for more on superyacht news item "Superyachts to Zap Drones Out of the Sky". 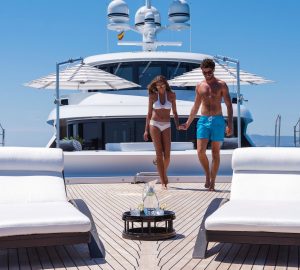 A Day in the Life of Charter Yacht Guests 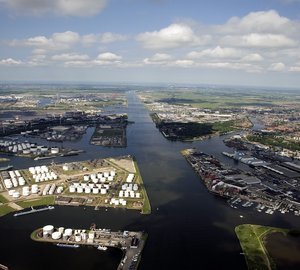 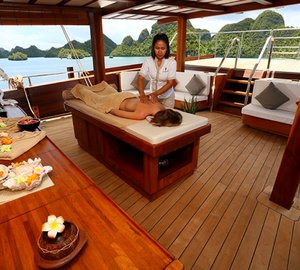