The brand new 69-metre motor yacht SUERTE successfully splashed at TANKOA, the boutique shipyard based in Italy‘s Genoa, on June 25, 2015. The first TANKOA S693 superyacht SUERTE is currently undergoing her first sea trials, technical tests, stability tests, as well as all necessary Class endurance runs, before her delivery scheduled for mid-August 2015. Subsequently, she will make her world premiere at the 2015 Monaco Yacht Show in September. 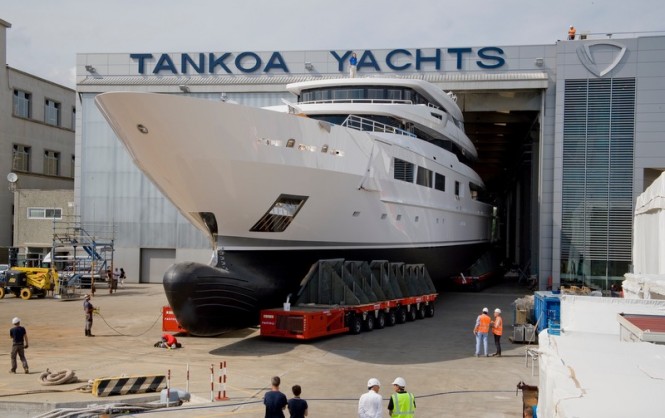 Edoardo Ratto, GM of Tankoa, declared right after luxury yacht SUERTE left the dock: “Achieving such perfect balance at first launch happens once every 40 new launches. I am truly and sincerely emotional about it because this is our first yacht as Tankoa and despite our impressive technical office, the highest level of professionalism of our engineers and our background in yacht building there are always some unforeseen factors that can affect balance at the time of first launching. Most builders are still capable to compensate an eventual slight balance issue with all that is left to install onboard, but here, we have nothing to correct.” 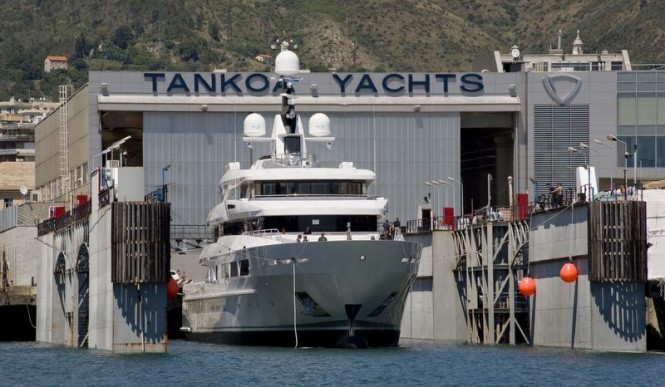 Super yacht SUERTE  has already begun dock tests, and both stability tests with R.I.N.A. as well as Lloyd’s were successfully passed. The yacht is expected to start cruising second half of August, following the installation of all the owner’s supplies and water toys. 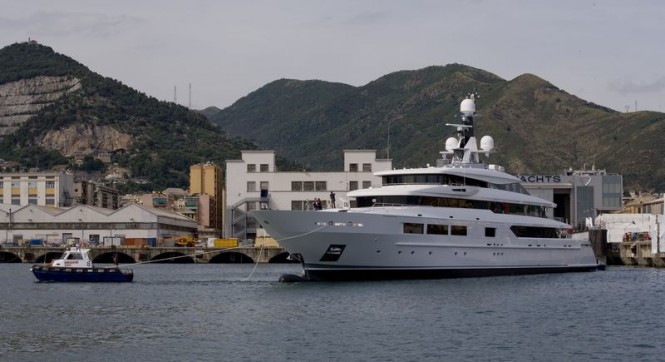 Completion of the SUERTE yacht’s interiors that are 95% complete will be performed in water, while shafts alignments as well as engine first start has been conducted 48 hours after launching. 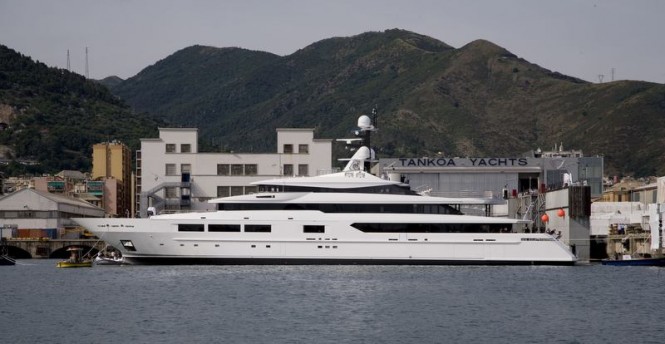 Moreover, two new TANKOA 53-metre models, motor yacht S531 and luxury yacht S532, will be unveiled during the Monaco Yacht Show as well as the Fort Lauderdale International Boat Show. Both vessels have been magnificently designed by Francesco Paszkowski, with asymmetrical main deck design for S531 and a full wide-body three suites main deck for S532. They will offer the amenities of a much larger yacht in a package respectively at 740 GRT and 800 GRT. 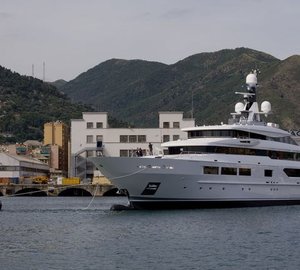 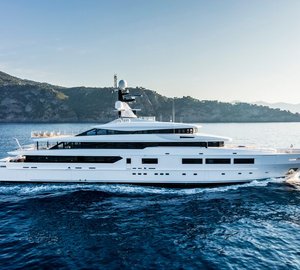