San Francisco has been selected as the host venue for the 34th America’s Cup. ...
Browse News Section

San Francisco has been selected as the host venue for the 34th America’s Cup. An official celebration event will be hosted in San Francisco on January 5th, event location details to be announced. 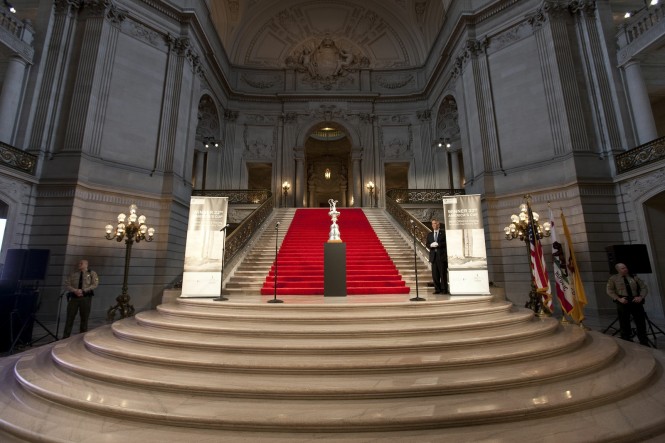 “We sought a venue that fulfills our promise – to showcase the best sailors in the world competing on the fastest boats,” said Richard Worth, Chairman, America’s Cup Event Authority.  “And hosting the America’s Cup in San Francisco will realize that promise.“

“We thank Mayor Newsom, Board President Chiu, Supervisor Mirkarimi and all of the Board of Supervisors, the staff at City Hall and the Port Authority, Mark Buell and San Francisco America’s Cup Organizing Committee, and all who have worked so diligently on securing the bid,” Worth continued. “We look forward to working closely with City of San Francisco over the coming months to create a world-class America’s Cup event, and a large and lasting beneficial impact on the City.”

The world-famous San Francisco Bay will be home to the 2013 America’s Cup Finals and the Challenger Selection Series for the Louis Vuitton Cup, as well as an America’s Cup World Series event in 2012. This will be the first time the America’s Cup has been hosted in the United States since 1995.

“Today is one of great celebration, with San Francisco winning the right to host the America’s Cup, and all of the economic benefit, jobs and excitement that comes with it,” said Mayor Gavin Newsom. “San Francisco is the best place on Earth to host an event of this stature, and we could not be more proud to be the city that brings the America’s Cup back home to the United States.”

Independent studies show that the America’s Cup delivers the third largest economic impact in sport to host countries, behind the Olympic Games and soccer’s World Cup. The 34th America’s Cup is projected to pump an estimated $1.4 billion dollars into the San Francisco region.

“As a native San Franciscan, I grew up sailing in front of the City. Racing for the America’s Cup in San Francisco is something I have dreamt of my whole life,” said Paul Cayard, CEO of Sweden’s Artemis Racing, a challenger for the 34th America’s Cup. ”By hosting sailing’s most important event in the Bay, the world will see sailing as it never has before.  As a team, Artemis Racing is particularly looking forward to competing in San Francisco.”

Racing will be held on the iconic San Francisco Cityfront and be visible from world-renown tourist destinations such as the Golden Gate Bridge, the Marin Headlands, Crissy Field, the Embarcadero and Fisherman’s Wharf. An influx of millions of tourists is expected for the Challenger Series for the Louis Vuitton Cup and the America’s Cup Finals in late 2013.

“My support for San Francisco hosting the America’s Cup goes beyond the opportunity to see our team competing on home waters,” said Russell Coutts, CEO, ORACLE Racing, the current America’s Cup defending team. “We are excited to sail for our sport’s greatest trophy, on a stretch of water legendary among sailors worldwide.”

The Race Village will be constructed on Piers 19 and 29, with the team bases at and around Pier 30/32.  As part of the plan, the America’s Cup Event Authority will redevelop these piers as well as the surrounding infrastructure to support the racing, while rehabilitating the piers for the enjoyment of generations of San Franciscans to come.

With a goal of creating the most dynamic America’s Cup in history for fans and participants, changes have been introduced to the 34th edition. Enhancements include the introduction of groundbreaking new 72’ wing-sailed catamarans capable of speeds in excess of 40 miles per hour, new race formats and rules, and a transformed media and online broadcasting approach to enable an interactive viewer experience. 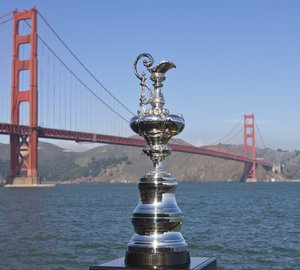 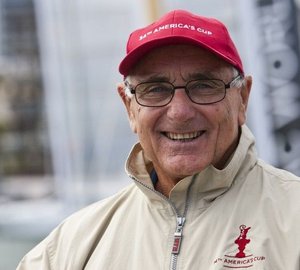 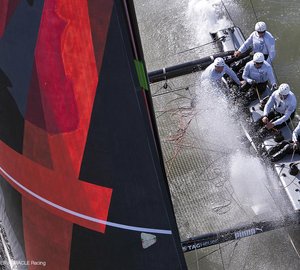 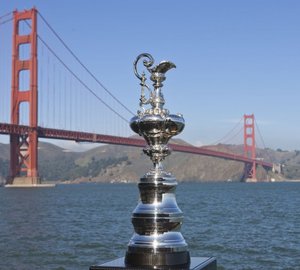