The 47th International Boat Show in Dusseldorf has seen the beautiful new DAHM 120 sailing yacht unveiled, causing stir amongst the attendees. The 36,6-metre fast cruising yacht, designed by Beiderbeck Designs, was announced as a joint project with Dahm International. 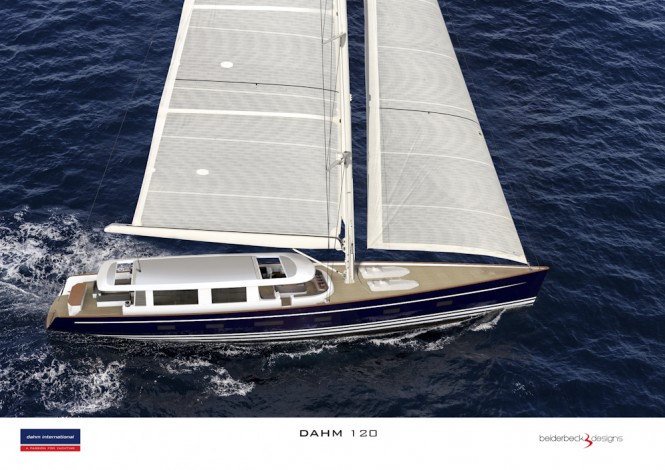 The 1:25 scale model of the new DAHM 120 remains faithful to the original and is replete with detailed solutions and casual luxury. The superyacht project is on display at the show and can be viewed daily until Sunday, 31st January from 10am until 6pm at stand G02 in Hall 7a.

The fold-out stern platform made by Opacmare, can be utilised as a beach club with its own shower and toilet when the yacht is moored. The owner and his partner can accommodate up to eight guests on the four-storey higher main deck. To the right a minibar can be found, excellent for cocktails while the scampi sizzles on the grill to your left. 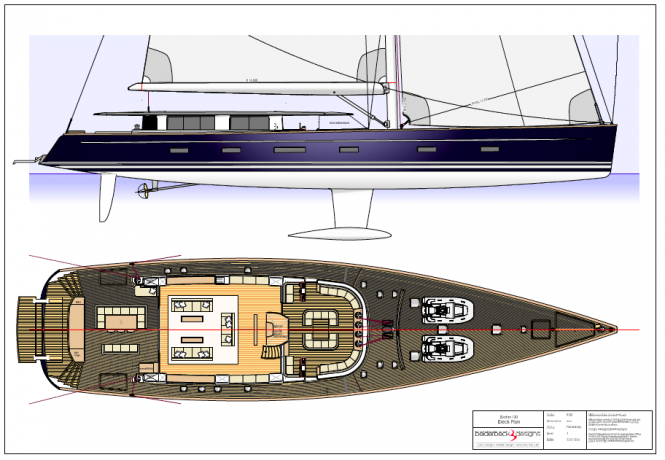 There is also a well-equipped al fresco dining area in the rear quarter of the vessel. The deck, which is protected on both sides by an elongated structure, is also very wide. Crew of up to six members are provided with a private access to their cabins, while a large glass sliding door leads to the fabulous saloon. There are two sofas opposite each other with a two-seater couch at the head of them. The exemplary cream-coloured cushion pads have a distinctly comforting effect. The first-class interior can of course be customised according to your desires. Fully-glazed and obstruction-free window facades grant a full view of the sea from all sides. A large deck section at the top of the stairs has a similar effect, acting as an atrium for the salon below. 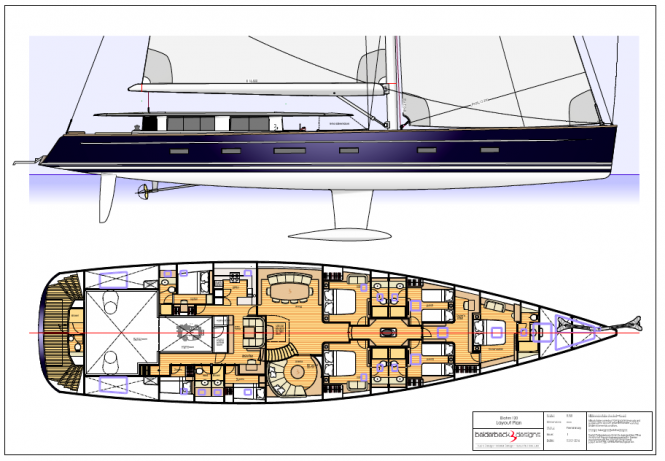 An access via a sliding door on the same level leads to the front of the ship to the cockpit. All the controls come together here, with the exception of the code zero winches, and fully concealed they do not present any tripping hazards. The two steering wheels are located four metres behind the mast and the yacht can essentially be sailed single-handed with no more than push button functions. With 20.75 metres to the bow section, the helmsman will feel like he is only steering a 70 foot yacht. 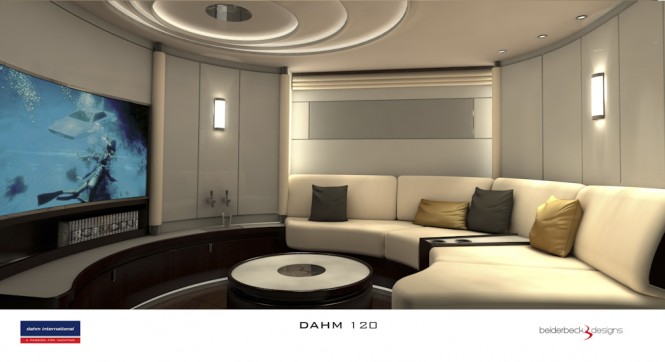 You can keep an eye on the mainsail trim from the open-air Bimini roof. The 45 metre-high carbon fibre mast carries 680 m2 of upwind sail area, which is opposed by a 4.2 metre draught. This allows 130 tons of light weight for serious sporting requirements, emphasised by 1,000 m2 Code0 on the steady stay. The rig, with its self-tacking furling genoa and the carbon fibre furling boom for the main, has a proven track record. 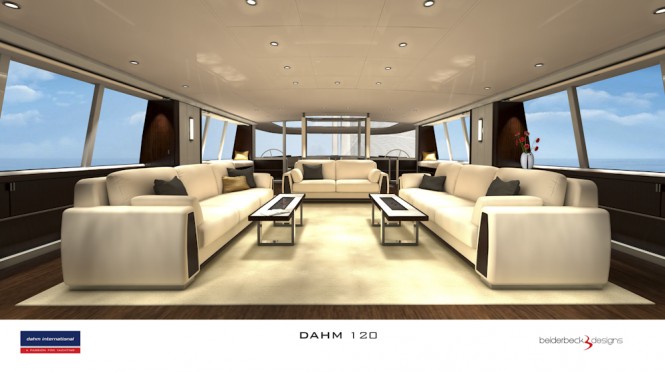 Throughout the design phase, particular importance was attached to simple handling and easy maintenance. The same is applicable to the engineering room below-deck, which provides technicians or the crew an additional direct access route from the stern platform as well as to the engine room in front of it, where all the vital functions come together in a separate control room. Generators (2x 40 kW), converters, air conditioning units, water purification, compressors and, last but not least, the 300 kW main engine are all monitored from here during operation.

Retuning to the deck, we will find additional separate seating areas next to the helm stations, which can be adjusted either leeward or windward when travelling under canvas. There are removable window panes looking out. Dead astern, the cockpit can be divided from the saloon if the crew is sailing the boat and the owner wants the salon to himself, either with or without his guests. This high level of privacy makes the new DAHM120 well suited for purely private or commercial (charter) use as well.

The strict division between sections is fully taken into account. This starts with two 3.4 metre dinghies instead of one large one which means, for example, that the crew can make supply runs regardless of whatever land excursions the VIPs are making. In addition, these are easier to handle than larger, heavier dinghies. The tenders are typically stowed in recesses on the foredeck and covered with tarpaulin. he crew quarters are located below deck aft, which includes the crew mess across from the machine control room, next to which the on-board laundry facilities and dryer are housed.

The three double cabins, two on the starboard side with a separate shower and bathroom, and one on the port side for the boat captain with a double berth and its own washroom, provide more than enough room. In front of these is the impressive galley with its induction hob, steam oven and soft ice cream machine for sophisticated gourmet cooking experiences. A dumb waiter means dishes can be brought straight up into the salon.

Future owners could also choose to have a lift installed midships, making the DAHM 120 wheelchair-friendly. In this case, ground-level access to one of the two VIP cabins is also possible. All four cabins have their own bathrooms with shower cabins that, at 1.1 x 0.8 metres, are unusually generous for a 120 foot yacht. The other twin guest cabins are another two stair steps down and separated by a passageway leading to the owner’s realm.

The owner is provided with a fully-networked office with WLAN, G4-mobile radio and satellite communications which is divided from the stateroom in the forecastle. There is a king-size double bed, which is placed centrally underneath a tinted skylight. The seating furniture, an extendible flat screen display and a dressing table are fit for any five-star hotel. The owner’s bathroom, with its 1.35 metre wide shower, is simply the cherry on top of the cake.

Perhaps the most impressive room on the DAHM 120, which would be more in place on 50+ metre-long motor yachts, and very unexpected here, is located on the starboard side, just opposite the well-lit internal dining room. This is the cinema with a concave, 65 inch screen, which can not only play every video format imaginable, but can also be connected to all the latest gaming consoles. The associated HiFi sound system requires very little explanation. Cinema-goers can also make themselves comfy by laying down on loungers in front of the screen. The semi-custom mega yacht DAHM120 will be built by the Ned Ship Group as a carbon fibre sandwich construction thanks to a new set-up with contracting partner, finishing and outfitting all completed in Europe. Design, styling, naval architecture and interior design will be supplied by beiderbeck designs. Project management and construction supervision will be the responsibility of dahm international. 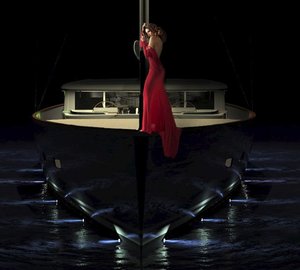