Christian Grande, an award-winning Italian yacht designer and the creative mind behind Italia Veloce bikes, a superb cycling brand that was revealed in 2011, has partnered with Sacs Marine to develop the new Strider 22 mega yacht tender concept. 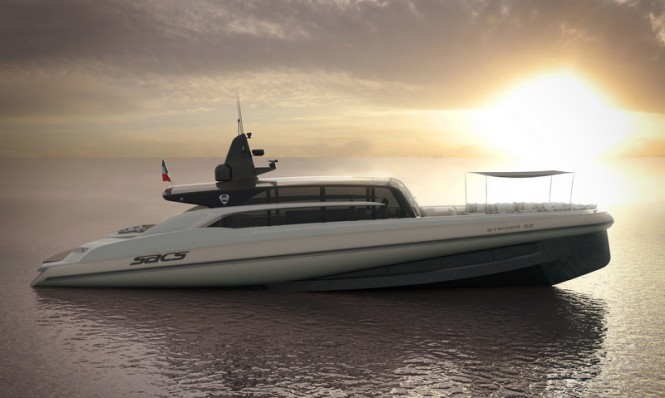 The design of the new Strider 22 superyacht tender of distinctive features shows how much trends and tastes are constantly changing. Christian Grande has been successful, as some recent projects demonstrate, in meeting the needs of owners who want to overcome the natural boundaries of the rib category, of which they appreciate the inherent qualities, and at the same time dream of unconventional yachts.

Sacs Marine has relied on Christian Grande’s drawing table for years, thus ending up with producing a new-generation rib – endowed with all the peculiarities of this type of vessel, such as unsinkability, easiness of handling and mooring – which is suitable for both solitary sailors and families. 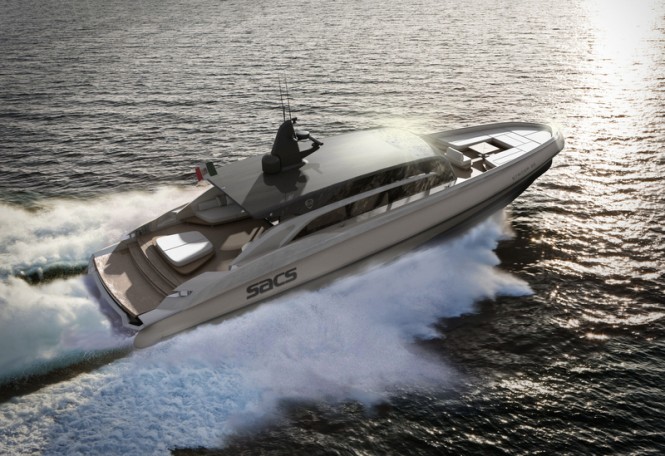 The choices made by the designer for the new Strider 22 superyacht tender were, therefore, the desire to create a yacht with all these qualities and with a clear “off limits” vocation, evoked by the discovery look combined with tubular style. Its aesthetic features do not stop here: the size, remarkable for this type of boat, is further exploited through smart arrangements and distribution of space, embellished by selected materials and colors. The variable cross-section of the tubular and the reverse bow offer even more space, customizable at will in accordance with the requirements of the owner.

The bow area is well equipped, spacious and comfortable, with generous cushions that follow the outline, a central area with retractable sofas and table that can be covered with a retractable quadrangular awning.

The accuracy of the Strider 22 luxury yacht tender design can be also deduced from two stern details such as the swimming platform and the stairs. The first can be sunk, while the latter can be lifted in order to give access to the hangar, in which the tender can be hauled by a specially designed servo platform. 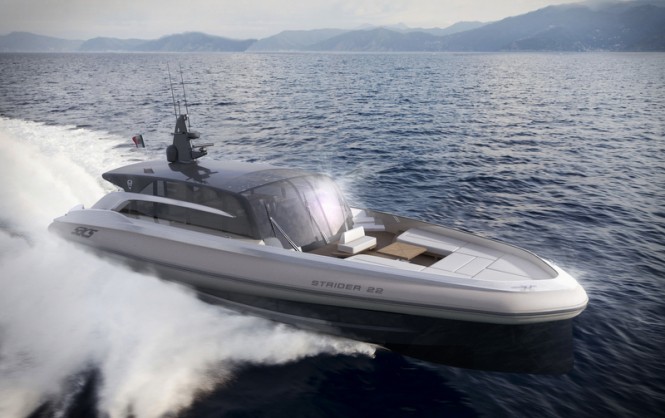 The total transparency of the upper deck is sought and obtained, below, through a clever structural design that made it possible to place a long window along the hull, a chisel-mark that characterizes and defines the hull itself, a moulding which at the same time relieves and visually reinforces the whole. The design approach taken by Christian Grande gives the exterior strong aesthetic connotations, which are consistent and sinuous, but do not “betray” the typical style – always evolving – of the Parma-based designer; the whole is enriched by elusive lines, aggressive and zoomorphic shapes, just like the structural stringers that cut in half the glass top, making it visually more slender, or the side volumes that allocate the side air-intakes, a clear reference to feral muscles waiting to pounce on a prey, a further demonstration of the closeness to nature of Christian Grande’s work, and to rather merge with it rather than stand out with shape and colors.

An innovative approach has also involved the interiors of the boat that, as required for such size, are fully customizable by the owner. The latter, led by Christian Grande, will be free to shape the environment according to his own functional, distributive and aesthetics requirements. A variety of configurations can be created at will, to have up to 3 cabins with en-suite toilets.

On the standard version of the Strider 22 yacht tender, the interior style is designed to celebrate that new form of wealth that has nothing to do with showing off, but instead with the freedom to use the spaces and enjoy the environment without feeling like “intruders”. Hence the attention to non-invasive colors and materials that blend with those provided by mother nature; these concept well apply also to semi-transparent and semi-suspended furnishings that act as backdrops where natural and artificial lights are combined, nearly repeating the surrounding – and constantly changing – environment. The choice of the maxi-rib was therefore the ideal ground to direct and amplify these concepts, which have been skillfully converted into a new and unique yacht.

Who’s Christian Grande
One of the youngest designers to be included in the palmares of the yacht design world, starting in 1992, when he conceived the new Sessa Marine boats, an historical brand “Made in Italy”. With more than more than 70 yacht projects in 20 years, Christian’s experience and interdisciplinary vision has led him to collaborate as a teacher and lecturer for important academic institutes and during relevant international events focused on design and lifestyle. He also works for renowned brands like Sacs Marine, Picchio Boats Catamaran and Sanlorenzo. 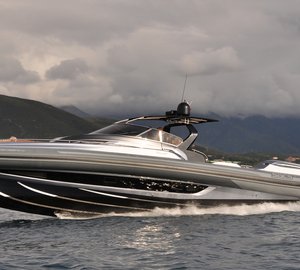 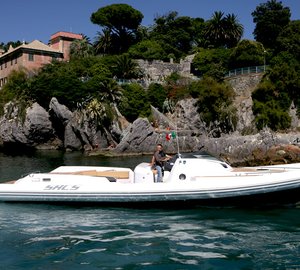 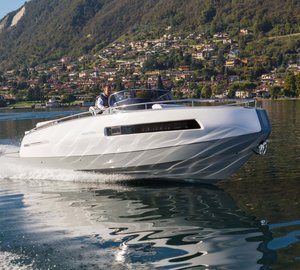 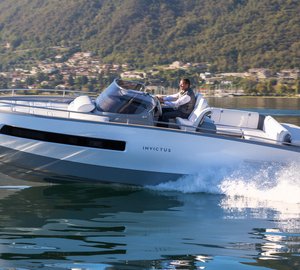