The lovely Italy yacht charter destination – Capri played a host to the Rolex Capri Sailing Week for 10th consecutive year. The event’s programme was planned to comprise six days of competing and, attracted a truly international fleet of 21 yacht from 11 different nations. Despite two days lost due to lack of wind, there was sufficient high quality racing to place three yachts at the top of their respective classes: luxury yacht Robertissima III (GBR) took Mini Maxi Racing, sailing yacht Good Job Guys (ITA) won in Mini Maxi Racing/Cruising and sailing yacht Azzurra (ITA) placed first in TP52. All three were rewarded for their efforts with a Rolex timepiece.

The Rolex Capri Sailing Week is always a special event. The first event in the Rolex’s Mediterranean yachting season, it always comprises different racing formats, and a selection of the most glamorous racing yachts in sport today. All set against the stunning backdrop of the Italian island of Capri.

12 Maxis and Mini Maxis arranging in length range from 18.29 to 30.5 metres, and nine TP52s, were the stars of  the show organised by the International Maxi Association and the Yacht Club Capri. Teams from Austria, Brazil, United Kingdom, France, Hungary, Italy, Slovenia, Spain, Sweden, Turkey and the USA competed for the Caprese glory.

Robertissima III ignites the Volcano Race
The assembled Maxis and Mini Maxis started their week on Monday with the Volcano Race, a 230 nautical-miles offshore course from Capri to Stromboli and back. The fleet found light to moderate wind conditions and Roberto Tomasini Grinover’s JV72 Robertissima III outperformed her opponenets to win out overall. Fastest on the water was Slovenian 100 foot Maxi yacht Esimit Europa 2, which finished the course in 27 hours, 16 minutes and 44 seconds to secure the line honours victory. 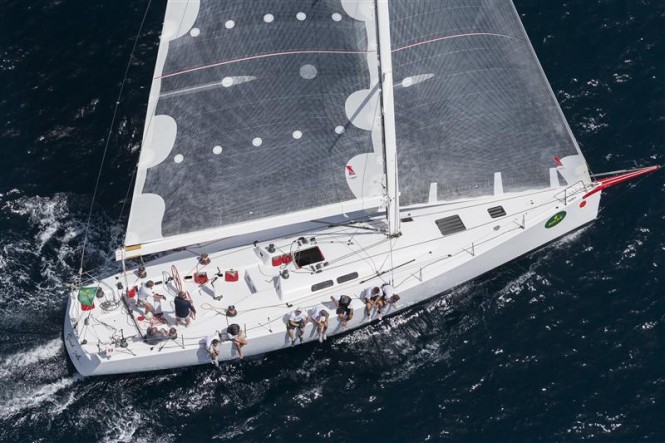 Robertissima III arrived in Capri three hours and a half after than the Slovenian Maxi, and one hour and 12 minutes ahead of her near sistership sailing yacht Jethou (GBR) after an intense duel on the water. According to Robertissima III tactician and Rolex Testimonee, Paul Cayard: “It seemed like we were a little bit faster (than Jethou) in upwind conditions. Maybe we have a little more stability.” A key moment in race occurred at the active volcano, Stromboli, the most southerly mark of the racecourse, as Cayard explained: “Esimit was in front and sailed into a hole behind Stromboli, so we went wide. Jethou tried to cut the corner on us and parked also.” Robertissima used the opportunity to build an all-important lead.

Bothersome breeze
Robertissima III was declared the overall winner of the race on xx, when it became clear her corrected time could not be bettered. At this point, the Maxis changed their mode or set-up for the scheduled three days of coastal racing.

Fate or the wind gods conspired against the best laid plans and both Thursday and Friday were written off due to lack of any breeze. Principal Race Officer Peter Reggio tried his considerable best to come up with a solution. On Thursday Reggio set the fleet off on a coastal course in the waters around Capri, but as the yachts approached the dramatic Faraglioni rock formation the breeze disappeared. On Friday, the fleet left Capri’s Marina Grande in two occasions without success. 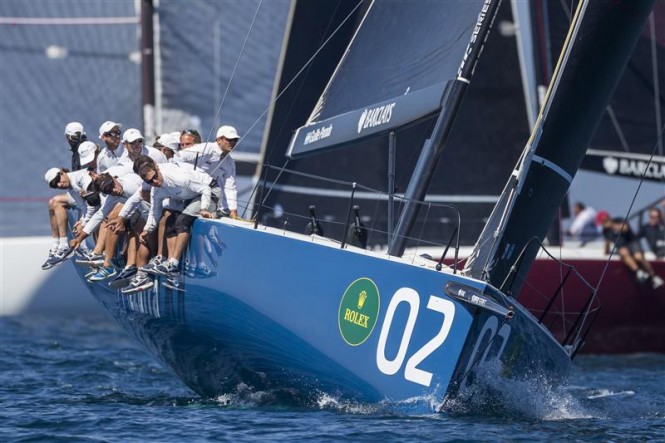 Final day reprieve
As frustration built for all concerned, the situation for the final day was studied intently. The predictions were good, and hopes were high for a final bout of spirited competition across all classes.

The combination of the Volcano Race and coastal race results gave the overall win in Mini Maxi Racing division to Robertissima III. “Capri is a fantastic place”, said owner Roberto Tomasini Grinover. “I never found such a hospitality like in Capri in no other club in the world. All my crew was really delighted to be here and to be treated to the hospitality of the Yacht Club Capri and Rolex, and of course the result is absolutely positive.”

TP52s debut in Caprese waters
Away for the Maxi racing, attention was firmly on the debut of the TP52 class at Rolex Capri Sailing Week. Nine teams from seven different countries took part.

Newcomer, Phoenix, won the first race of the championship and its first-ever race. Eduardo de Souza Ramos owner and helmsman of the Brazilian TP52, was enthralled with his debut: “It was such a fantastic experience. I never thought it would ever be like that. It is an experience I am never going to forget.”

In the end, the TP52 fleet sailed six out of the its 10 races scheduled. Five different teams took bullets to confirm the competitiveness of the class: Phoenix, Quantum Racing (USA), Vesper (USA), Azzurra (ITA) and Rán (SWE). Overall victory went to Alberto Roemmer’s team after a final day were they came close to perfection, scoring a second and a first place.

“It is a great feeling”, Azzurra helmsman Guillermo Parada emphasised. “Capri is a unique place to sail, and is known for light conditions. We made some changes in the mast, the sails, the trimming, we changed some members of the crew to improve the performance in these conditions, and it allowed us to be competitive. I’m happy, because we made a plan and it worked out. We would be delighted to come back here next year.”

Michelle Galli’s B2 (ITA), winner of the Rolex Middle Sea Race in 2013, suffered through lack of experience inshore. “We are really an offshore team, but this year we decided to be here in Capri and in Porto Cervo with the TP52 fleet,” the Italian owner explained. “This fleet competes at a very high level, and we are still trying to learn how to race with them. A great experience.” Galli will be in Saint-Tropez for the Giraglia Rolex Cup in June, “where we’ll be back to offshore mode, my passion.”

Successful formula
Andrew McIrvine, Secretary General of the International Maxi Association, wa enthusiastic about the event despite the whimsical Caprese breeze: “The owners love it here. Mixing the TP52s and the Maxis worked very well, as there was always something to look at. When the Maxis were away for the Volcano Race, the TP52s were racing here in Capri, and that was good for everybody. I think it is a very good formula.”

Rolex Capri Sailing Week 2014 drew to a close with a prize giving ceremony held at the Yacht Club Capri, where class winners received their trophies and Rolex timepieces.

Next event in the Rolex sailing portfolio is the Giraglia Rolex Cup, which celebrates its 62nd edition from 13-21 June. 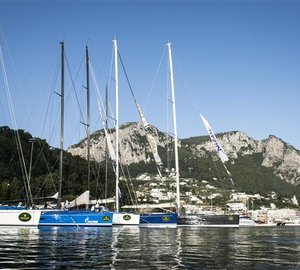 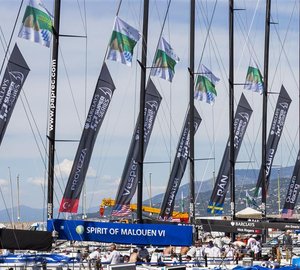 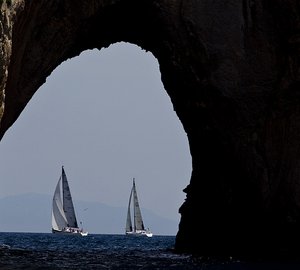 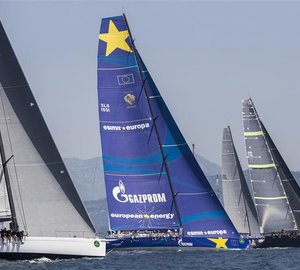