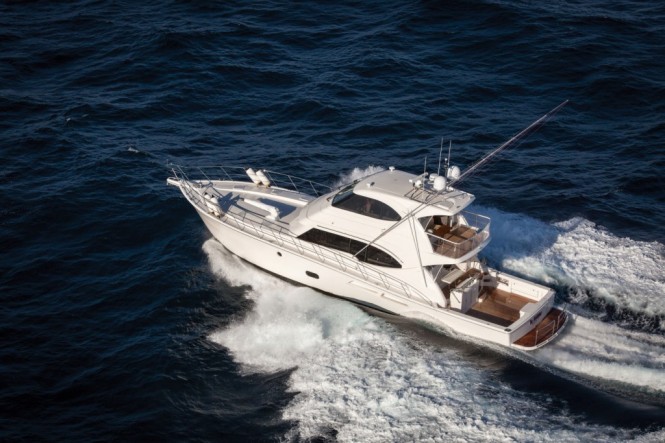 The Godfather yacht is the first and largest Enclosed Flybridge ever produced by Australia’s largest and most awarded luxury boat builder. Owners Rick and Lesley Longdon took delivery of their third Riviera last year and had been looking forward to the annual game fishing challenge, an event that the Longdons have competed in since the tournament’s inception in 2000. 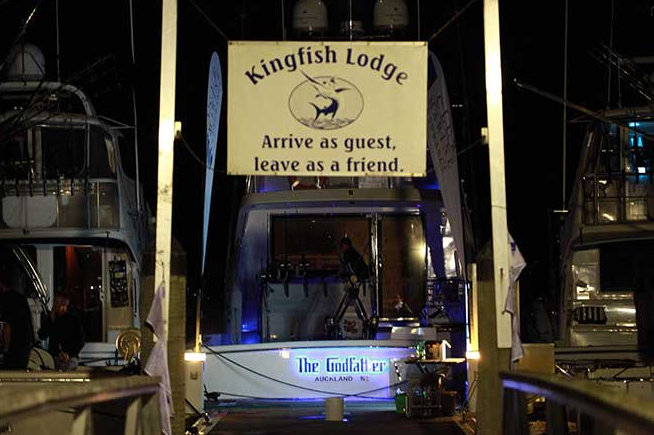 Sitting in the game chair in the 75’s enormous cockpit, Lesley was thrilled to land the first Marlin for the boat on day two of the tournament. “It was a fantastic tournament.  We are all Riviera owners so it is a fun, competitive event and it’s all about the camaraderie,” Rick said. 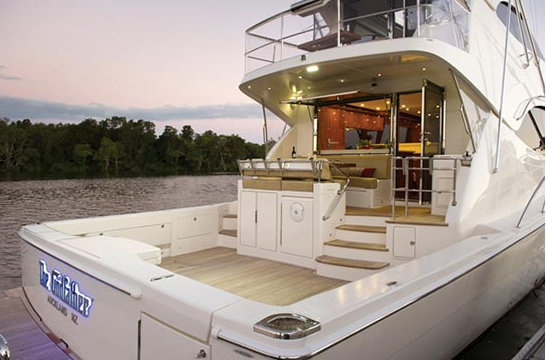 There were clear skies and light 15 to 20 knot breezes on day one of the tournament with three Marlin tagged and released to the teams from Head Quarters, Aurora, and Ika Loa. On day two the wind had picked up to 20 to 35 knots and an uncomfortable two to three metre swell but this didn’t deter the team on board The Godfather who tagged and released the first Marlin for their boat. 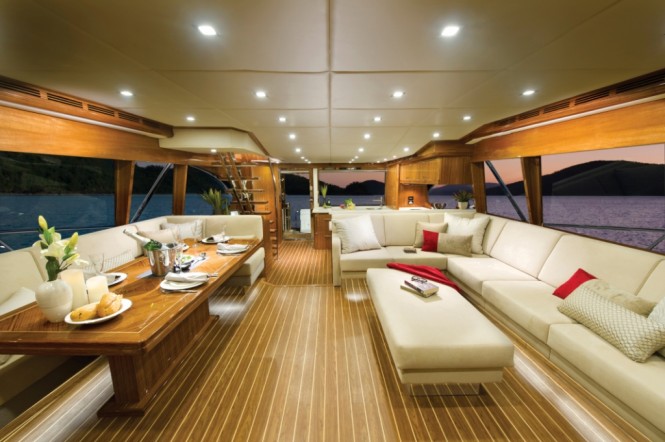 The Godfather Yacht - aft galley and saloon with L-shaped lounge

Unfortunately, the perfect conditions on day three weren’t enough to encourage the fish to bite but all in all it was a very successful tournament with a total of five Marlin and one Blue Marlin tagged and released over the three day tournament. The Blue Marlin weighed in by the team on board Whatever regrettably did not meet the IGFA qualifications and could not be counted as a tournament fish but that didn’t dampen the spirits of the Riviera teams who reflected on the camaraderie and fishing highlights over happy hour drinks back at Kingfish Lodge. 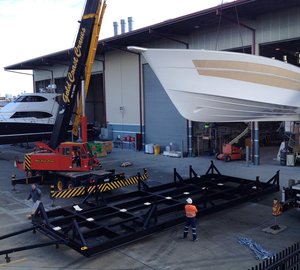 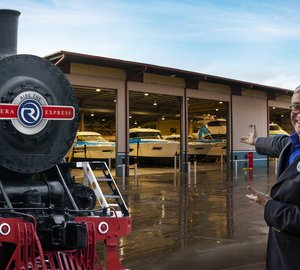 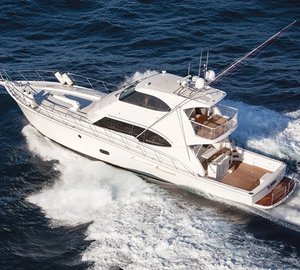 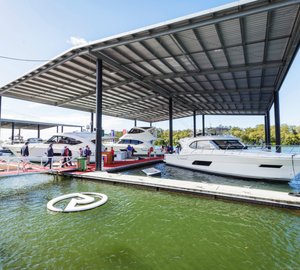