The Régates Royales last and decisive event of the 2011 Panerai Trophy ended today in Cannes. Due to the extremely light easterly wind on the bay of La Napoule organizers had no choice but to abandon racing and the eye-catching traditional yachts had their final “red carpet” coming back to the old port. Sailing yacht Nan, S/Y Moonbeam IV, Arcadia, Léonore and Classic Yacht Shamrock V win in their respective classes

The “autumn festival” came to an end today with no wind and no racing. After exceptional weather conditions on the first two days, with the 68 classic yachts battling in a south-westerly wind topping 20 knots, lighter airs on the following days, the wind gods were not on the sailors’ side for the shutdown of the Régates Royales. Still, the 33rd edition of event with its stunning scenario, the excellent organization by Yacht Club de Cannes, world famous sailors coming from all over the world, was a huge success.

After four races it was the fore and aft cutter Nan of Fife to get on the first step of the podium f the classic gaffers, second place went to Italy’s Bona Fide the Charles Sibbick’s design that won the last two races in real time and bronze to ever consistent Avel tied at points.

In the Big Boat division, Moonbeam IV, Moonbeam III and Mariquita were also tied at points but, thanks to a win in the last race Moonbeam IV, the youngest of the Fife’s designs, was crowned 2011 champion. Mariska and Cambria follow, distanced by a mere two points. The biggest yacht competing at the Régates Royales de Cannes, sailing yacht Elena the 55 metre long fore and aft gaff schooner designed by Nathanaël Herreshoff finished seventh.

Among the nine Classics it was Arcadia, dating back to 1968 to score two wins that place her on the highest step of the podium followed closely by Sagittarius (Sparkman & Stephens 1971), White Dolphin (Beltrami 1967) and Stella Polare, the ketch representing the Italian Navy

Nothing and none seem able to stop Graham Walker’s Flying Forty Rowdy. Once more the British flagged boat is the winner in Cannes in the Classic Marconi class of more than 15 metres, the most crowded division with seventeen competitors. Light wind or strong breeze, the 1916 Nathanaël Herreshoff ‘s one-design won three races out of four. Only The Blue Peter could have opposed to this supremacy, but the 1930 Alfred Mylne’s designed boat had to do with a second place whilst  L’Oiseau de Feu, the 1937 Camper & Nicholson finished third.

Léonore’s score in Cannes was impressive, the John Anker’s design simply won all the four races in the Classic Marconi of less than 15 metres division triumphing over the 1937 Nicholas Potter designed Cholita and Anne-Sophie. Among the Spirit of Tradition, the newly arrived Lionheart, the gigantic J Class could not manage to beat Shamrock V. Despite two victories the yacht designed by Burgess and Stephens in 1937 and launched last year, was undoubtedly faster on the water when the wind was over ten knots but could not keep Shamrock V’s pace in lighter wind. The third place, in the 14 boats strong class, went to the “little” Jessie the Tofinou designed by Joubert-Nivelt in 2005. 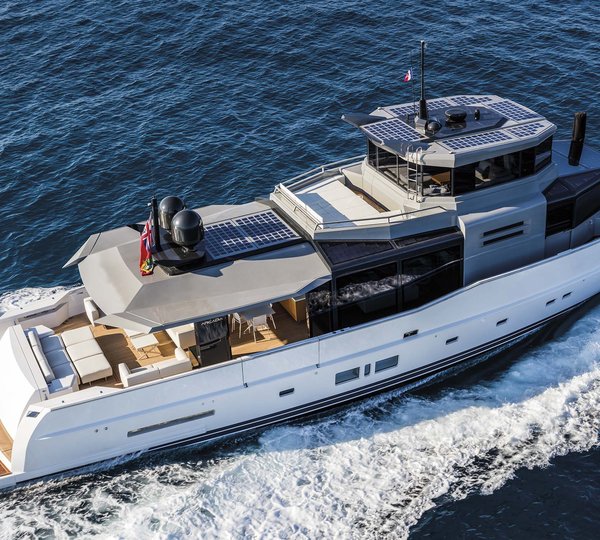