Wind was not on the Dragon crews’ side this Friday for the last and decisive ...
Browse News Section

Wind was not on the Dragon crews’ side this Friday for the last and decisive rendez-vous. A light and flimsly air, not enough to have the boats moving, forced the Committee to calli it a day and send the 58 strong fleet back ashore. The final ranking has then been decided taking into consideration the six races sailed since Tuesday. Italian Giuseppe Duca on Cloud wins his first title at the Régates Royales.

A coastal race for the classic yachts, in very light and flimsy winds and Bona Fide wins again…

Good breeze on the first two days, light air on the third and not enough wind on the fourth: the 58 Dragons participating to the Régates Royales – Trophée Panerai profited from excellent conditions for the event opening, and namely the Irish crew skippered Martin Byrne on Jaguar-Bear who scored two wins whils race favourite and 2010 champion Anatoly Loginov from Russia on Annapurna, did not show the same consistency and strength he’s known for.

Still, it’s on the second day that the ranking becomes more definite as the Danish class master Poul-Richard Hoj-Jensen on Danish Blue bounced back as did Italian Giuseppe Duca on Cloud, despite a a black flag disqualification on race 3.  And, Thursday, when just one race could be sailed due to the extremely light wind, the skipper from Venice together with French sailors Jean-Sébastien Ponce and Guillaume Bérenger scored a win that proved to be crucial to obtain is first ever title at the Régates Royales. Danish Blue’s skipper and multiple Olympic medallist Poul-Richard Hoj-Jensen with Theis Palm and Mick Jensen  jumps on the second step of the podium, whilst Russians Anatoly Loginov, Andrey Kirilyuk and Alexander Shalagin on Annapurna are distanced by a single point and finish third.

Dubliner Martin Byrne, with Brian Mathews and Pedro Andrade on Jaguar-Bear who started the series brilliantly, had a bad second day and slipped back in fourth. Interestingly enough on a total of six races, victory went to five different crews:  Martin Byrne, British Ivan Bradbury on Blue Haze, French Joseph Varoqui on Rusalka, Danish Peter Warrer on Lil and Giuseppe Duca. And in the top ten spots of the overall ranking no less than eight countries are represented: Italy, the UK, Russia, Ireland, Denmark, Germany, France and Finland.

A short coastal race for the classics

A very light south-westerly, never stronger than eight knots, allowed the 68 boat strong fleet to race on a short coastal course on the bay of La Napoule. As it happened yesterday, it was the smaller and lighter boats to profit from the situation, moving more swiftly in the patchy puffs of wind. Once again it was Giuseppe Giordano’s gaff cutter Bona Fide to lead the fleet and cross in first with an even larger margin than yesterday, over thirty minutes ahead of her competitors.

A presidential yacht at the Régates Royales 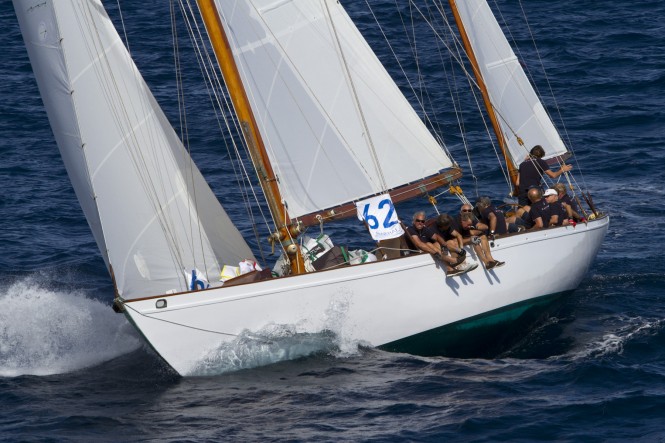 Manitou, the yacht once owned by US President John Fitzgerald Kennedy was built in 1937 by shipyard Davis & Son in Maryland and designed by the world-famous couple of architects Sparkman & Stephens. The 62 feet long yawl later passed in the hands of the American Coast Guard in 1955. JFK had the boat equipped with all the communication instruments needed to be in constant contact with his staff and the Pentagon, or the Kremlin, and used to call her his “Floating White House”. Manitou was often seen sailing in Chesapeake Bay with the President and his family, and was sometimes used as a very discreet place to receive and discuss with fellow politicians and celebrities. Five years after JFK’s assassination the boat was sold to Harry Lundeberg’s Maritime School. Aristotele Onassis will unsuccessfully try twice to buy her out before marrying Jackie Kennedy in October 1968. The boat was sold in 1999 to the original owner’s granddaughter and sold again in 2001. Manitou debuted in Cannes for the Régates Royales – Trophée Panerai in 2011, with her new owners Philippe and Phil Jordan. 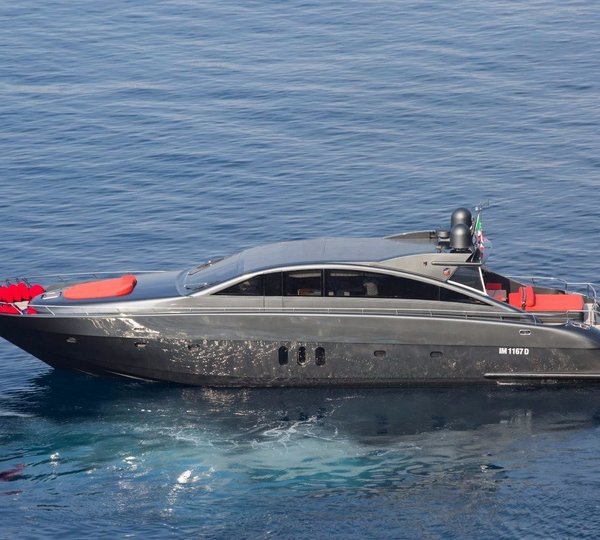 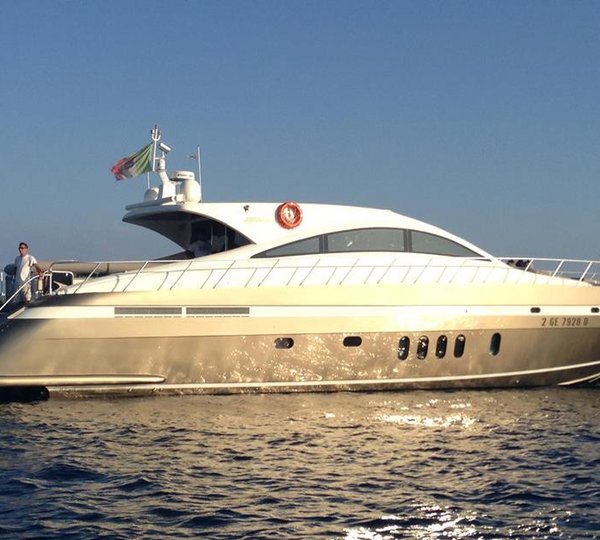