Monday, December 7, 2015 saw the all-new US Navy destroyer USS Zumwalt DDG 1000 head out to sea to undergo first sea trials in the Atlantic Ocean, unveiling a notable resemblance to the unique 119m Motor Yacht A, launched from Blohm + Voss in 2008. Both vessels feature a distinctive shape with a reverse bow, maximizing the length of waterline and hence the hull speed. 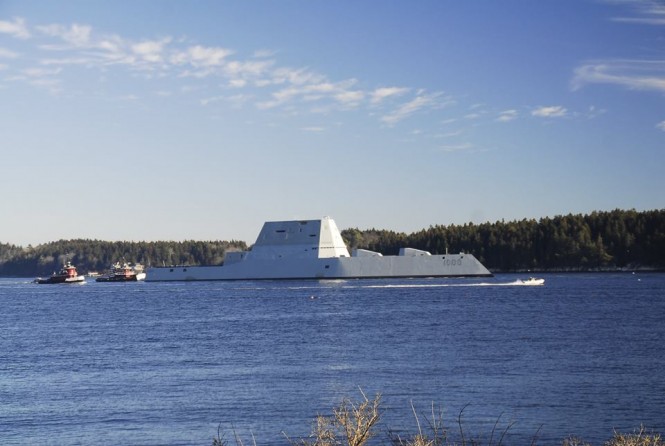 Constructed by General Dynamics at Bath Iron Works in Maine, the impressive 600-foot multi-mission ship represents the largest destroyer ever built for the U.S. Navy. It will provide independent forward presence and deterrence, support special operations forces, and operate as an integral part of joint and combined expeditionary forces.

Superyacht A by Blohm + Voss – Photo credit to Guillaume Plisson 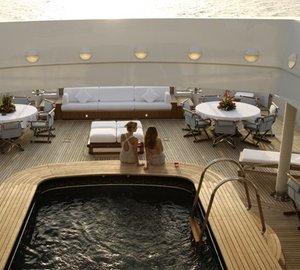