Classic sailing yacht Ingomar is a majestic 54-metre schooner, originally designed by Nathanael Herreshoff in 1903. Replica of luxury yacht Ingomar started her construction in Holland at Graafship and is currently seeking a buyer to finish construction at the Front Street Shipyard in the USA.

It all started back in 1903 when railway magnate Morton Plant called Nathanael Herreshoff with a simple order brief for a winning Class B schooner to race & cruise American waters and head over to Europe to win the much coveted Cape May Cup. Until that time all Herreshoff designed racing yachts had been single mast and with Ingomar the Wizard of Bristol turned out the first of nine extraordinary successful schooners.

In his notes Herreshoff calls Ingomar yacht “a wonderfully good schooner that easily proved to be the fastest of her type”. He wrote that he sailed her a few times and was well pleased. Charlie Barr, by then 3 time America’s Cup winner, became Ingomar’s captain and he too was well pleased. After crossing the Atlantic in 15 days he wrote to Herreshoff; “Ingomar is as good as cruising yacht as you will find anywhere”. Little did he know then because when he started racing Ingomar that extraordinary cruising yacht brought home 17 trophies in a single season. Only the legendary schooner America has ever campaigned with more success.

Luxury yacht Ingomar was built side by side with Reliance, the greatest of all America’s Cup yachts. With Lipton’s 1903 Challenge to lift the Cup, the pace of construction for Reliance prevailed but Ingomar surely benefitted from the incredible development and refinement of this quintessential racing yacht. Her fittings were light, elegant yet immensely strong, her deck lay-out and set up of the rig reflected all that was learned from the past Cup yachts and much admired. Such was her perfection that Ingomar’s rig served as model for all Herreshoff schooners to follow. 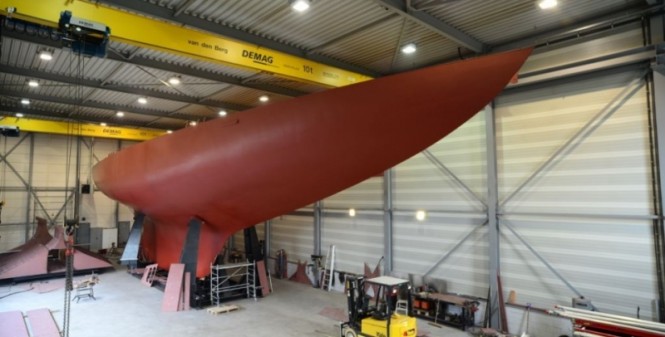 Ingomar yacht’s first outing in 1903 proved to be a sign of things to come and with great dominance she won the Astor Cup for Schooners and from there on she took the schooner world by storm winning every yacht club run in her first season. Morton Plant had a mission to race the big class in Europe and win back the Cap May Cup which the English yacht Genesta won in 1885. Since then this prestigious trophy was raced for and held in English hands. The trophy was last won by King Edward’s Britannia in 1893 however to embarrassment of the trophy was lost. Winsor castle was ransacked to no avail until the trophy was found at the Royal Sandringham estate, but by then it was to late and with profound apologies it was returned to the New York Yacht Club. Apologies were naturally excepted in the best spirit and later that year the Cup was raced for in American waters and won by the 3-Masted schooner, charter yacht Atlantic.

Sailing yacht Ingomar raced both British and German waters and was met by the best schooners and cutters of her time. Her performance was so dominant that she received an arbitrary handicap allowing other yachts some silver too. Even under those circumstances she won 12 firsts, 4 seconds and one third. Had she been built under the Universal Rule then her racing career would have extended for many years but when the NYYC adopted that new rating rule her competitive days where over and she resumed her life as a fast & luxurious cruising yacht. 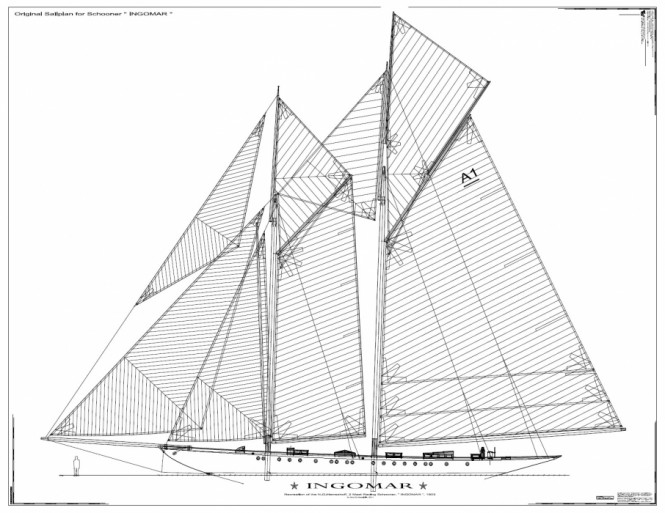 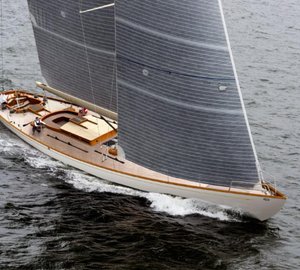