After she was captured on camera cruising in Mediterranean waters around Malta, ...
Browse News Section

After she was captured on camera cruising in Mediterranean waters around Malta, more pictures have emerged on the incredible luxury yacht AL LUSAIL. 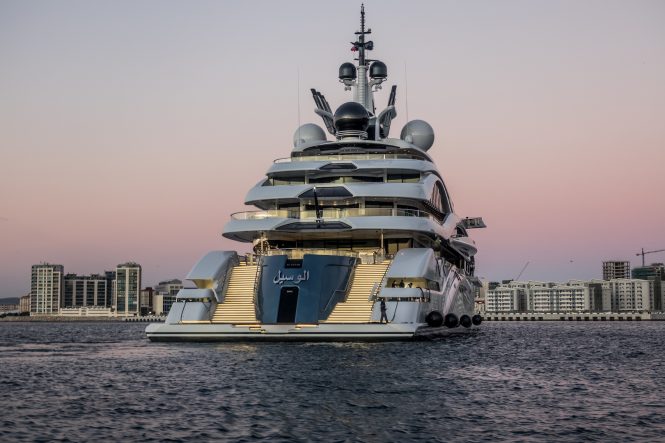 Named after the new city of Lusail in Qatar, mega yacht AL LUSAIL is owned by Sheikh Tamim bin Hamad Al Thani, the Emir of Qatar. Estimated to be worth $300 million USD, she was launched in October of 2016 and this 123m/404ft Lurssen superyacht (known during construction as PROJECT JUPITER) currently stands within the world’s top 30 largest motor yachts.

Featuring naval architecture and exterior styling by H2 Yacht Design, she consists of a brilliant white displacement hull in steel with an aluminium superstructure. Her beam of 20m/66ft is comparable to that of M/Y AZZAM, who currently holds the title of the world’s largest motor yacht. March & White created her interiors, which have not been revealed to the public. Her draft of 5.5m/18ft places two entire decks below the surface and keeps her to deeper waterways. 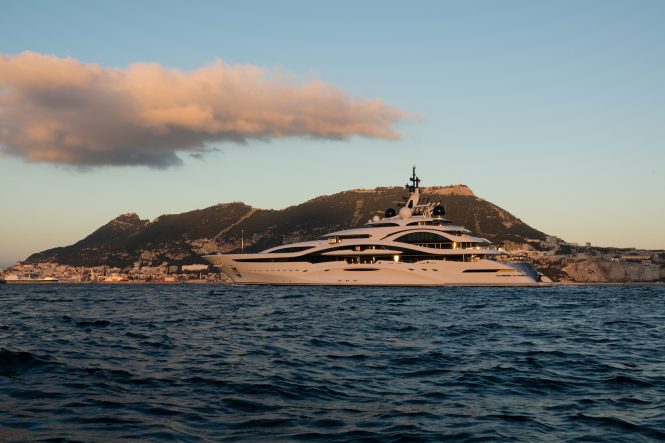 Among her listed amenities is a foredeck helipad, swimming pool, beauty salon, beach club and a cinema. At night, the exterior lights up using underwater illumination and strip lighting, which follows her curves to create an outline in the darkness that can be seen from afar. 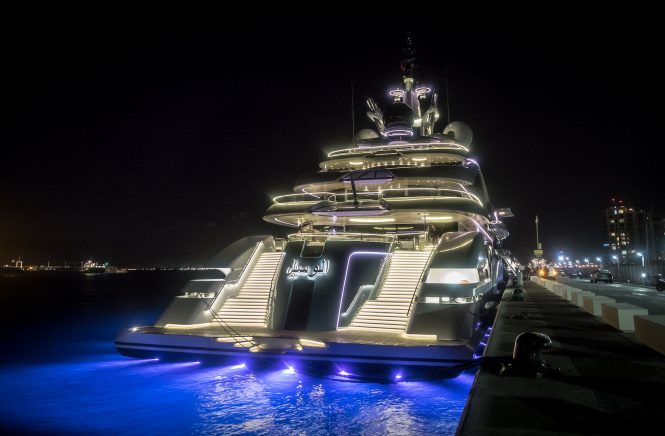 The accommodation sleeps up to 36 guests across 18 cabins, while the crew is reported to be estimated around 56 which are accommodated in 28 cabins. AL LUSAIL is capable of a cruising speed of 12 knots and a top speed of 15 knots. 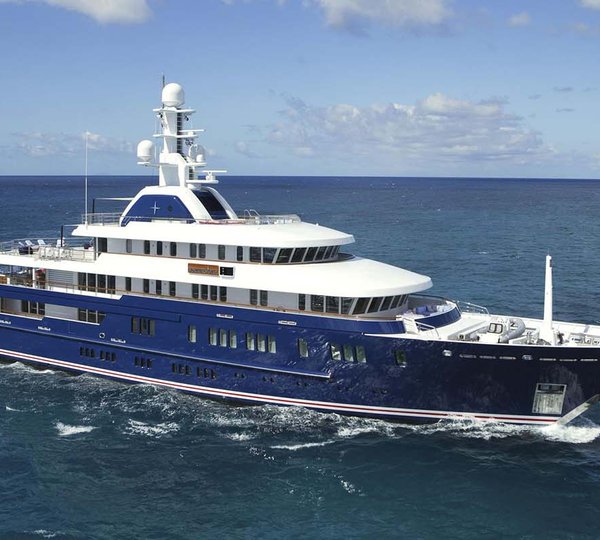 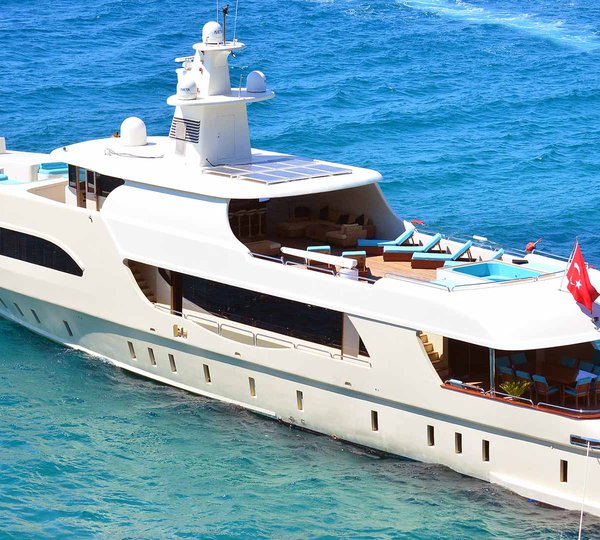 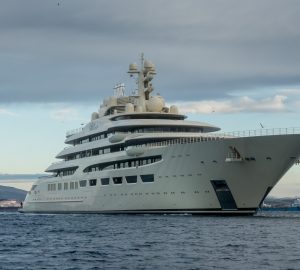 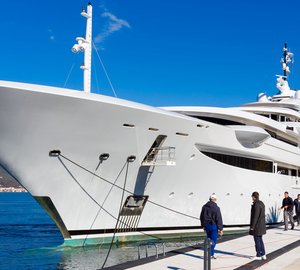 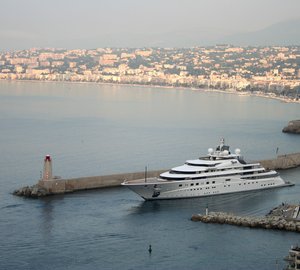 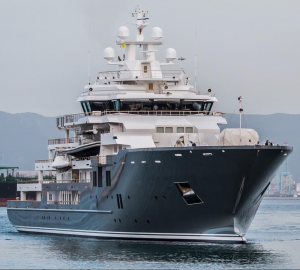