Sunday, May 18, 2014, saw the New World Yacht Builders LLC (DBA Northern Marine) suffer a major accident during the launch of its new 90-foot motor yacht ‘Bäden’, previously known as ‘Blood Baron’ and hull number 8501, as the yacht capsized onto her port side during the launch and settled to the bottom of the launch area. Fortunately, the experienced master and crew responded to the peril professionally and all aboard escaped, with only two employees suffering minor cuts. There was no property damage to the surrounding launch area and potential environmental contamination was negated as a result of instant response to avoid possible fuel leakage, of which there was none. 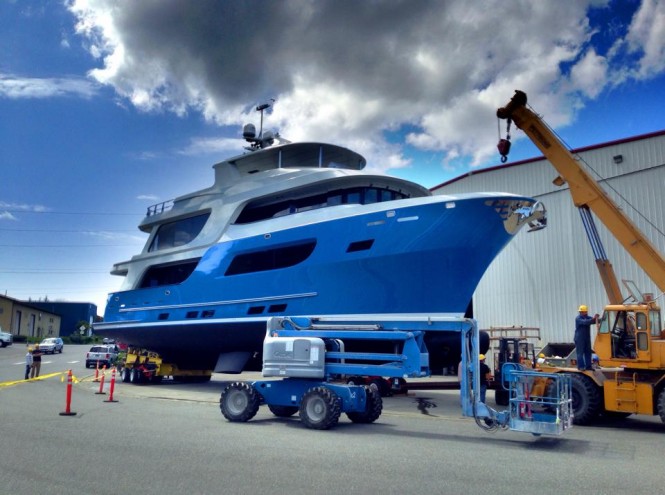 Since the casualty, there has been much speculation as to what happened, often with little or no supporting evidence. Northern Marine is cooperating with the United States Coast Guard in its investigation into incident.

Northern Marine has launch more than 35 vessels, ranging from 57 to 151 foot motor yachts, with all of its trawler models having been launched using transport dollies at the same ramp where the accident occurred on the 18th. Northern Marine continues to have complete confidence in its trawler designs, all of which have been tank tested and passed the same United States Coast Guard (USCG) stability standards applied to commercial fishing vessels operating in the North Pacific. Northern Marine trawlers have safely sailed to destinations throughout world, such as the 75-foot motor yacht Starship that successfully completed a 1000 day, 78,000 mile journey to explore parts the world rarely seen by mankind. 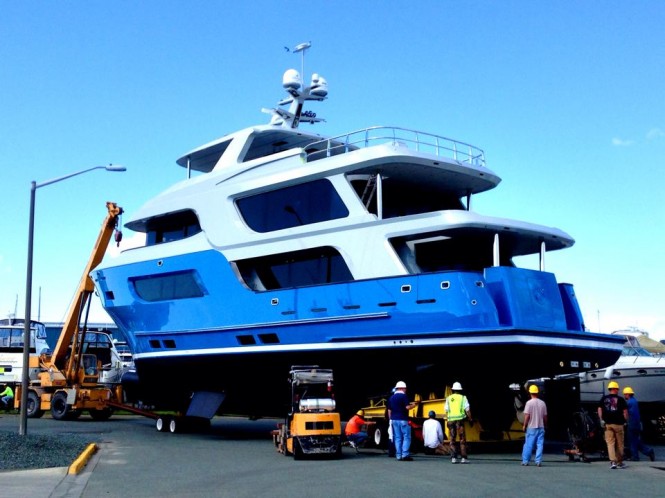 Northern Marine believes the 90 foot Bäden yacht involved in the launch accident to be no exception. Since the accident, the project naval architect/Professional Engineer has confirmed that the yacht, as designed, had adequate stability with the amount of ballast aboard at the time of launch, provided that “severe heeling moments” were not induced during the launch. Unfortunately, it appears that just such a severe heeling moment did occur during the launch. While investigations as to the cause of the capsizing are continuing, the physical evidence on, and adjacent to, the launch ramp suggests that the dolly carrying the weight of the port stern of the yacht may have suddenly dropped off the edge of the boat ramp during the launch, causing the vessel to experience a sudden list to port from which it could not recover in its light condition for launch. 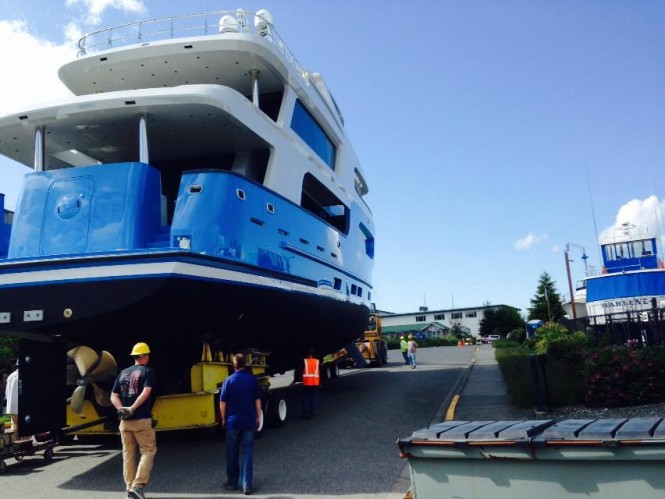 As noted above, the official USCG investigation continues and Northern Marine will cooperate in those investigations to their conclusion. Northern Marine is also working closely with the Bäden superyacht’s purchaser and their insurance underwriters to address the losses resulting from the accident. 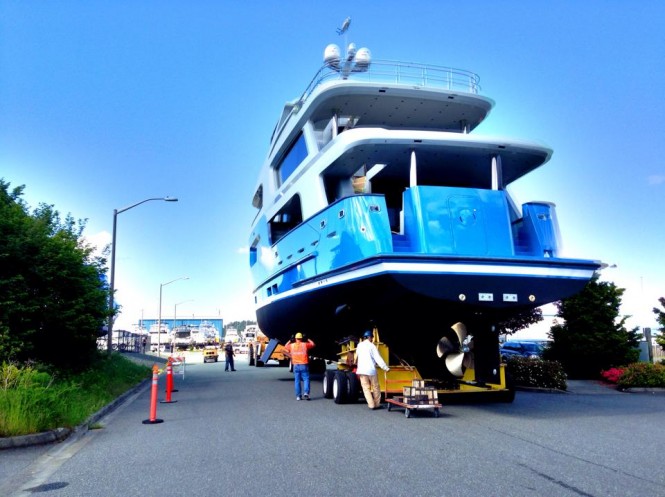 Northern Marine wishes to express its heartfelt appreciation for its many employees that contributed their talents to the construction of the Bäden yacht. 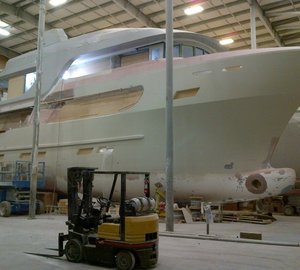