Marina d´Arechi Port Village is a beautiful luxury superyacht marina, situated to the east of the city of Salerno, a strategic position at the gateway to the popular Amalfi coast and the island of Capri going northwards, with the Cilento Coast and region lying to the South. Construction of the port started in September 2010 and its first 400 berths for yachts from 10 up to 60 metres long will be ready and fully operational from Summer 2012. Conclusion of sea works is scheduled for Summer 2013.

With its 1000 berths from 10 to 60 metres, the port is one of the largest superyacht marinas in the Mediterranean.

To ensure the integrity of the coastal engineering to be carried out and to meet the highest standards of safety and security demanded, the design has been underpinned by extensive meteorological and marine studies, including state-of-the-art physical and mathematical modelling simulations under the direction of the prestigious Institute for Research HR Wallingford in the UK.

Each berth will be equipped with the latest and most efficient energy supply systems, as well as water supply and health and sanitation.

– the large urban park
– the sea walkway
– the porticos
– the amphiteatre for entertainment and recreation
– the “Club Nautico” building featuring the roof covering that represents the outstanding architectural element of the complex
– the suspended bridge that connects the land to the sea.

Separated from the land, the port infrastructure is being developed. The quay is for the port users, with all the fundamental marina services.

On the land side, a public passageway has been designed to be open to everybody, shaded by lines of trees, and which offers unequalled viewing points of the city and the boat club. Along this passageway, commercial and entertainment activities will be available.

The berthing for a thousand yachts will be along 21 docks of varying length, articulated around two main docks, spreading out from the bank quay. The refueling stations with fourteen pumps will be placed at the entrance to the port.

– 1.000 berths from 10 up to 60 metres long
– 27.000 sq. metres of landscaped gardens and pathways
– 8.700 sq. metres of commercial, retail and leisure space
– 1.000 parking spaces at the Marina
– Direct connections to the motorway network
– Just few kilometers away from Salerno airport and high speed railway connections
– Exclusive services. 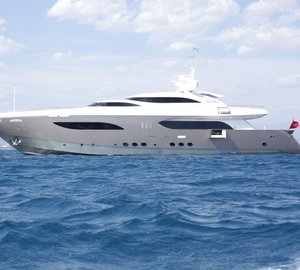 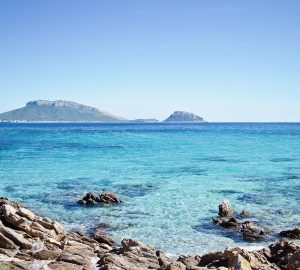 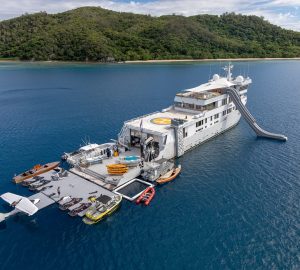