The Italian shipyard CCN has announced that it has successfully secured a new ...
Browse News Section

The Italian shipyard CCN has announced that it has successfully secured a new order for a 40-metre superyacht, to be called PANAM. The yacht will be built for a European owner and represents the fifth Fuoriserie following 50m ELSEA, 40m KANGA, 27m FREEDOM and 31m VANADIS. PANAM features exterior design by Francesco Paszkowski Design, both in and out, with interiors created in collaboration with Margherita Casprini. 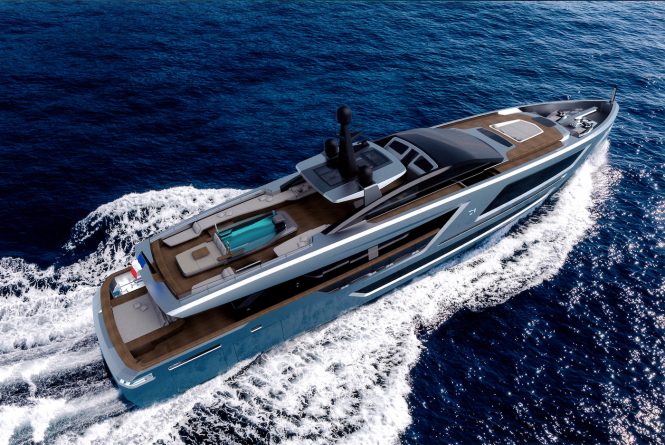 PANAM boasts sleek, striking and aggressive lines, designed to offer great performance. She will be built with aluminium alloy hull and will be powered by three V16 2000 MTU engines and three KaMeWa water-jet engines. She is expected to reach a maximum speed of 31 knots and a nice cruising speed of 25 knots. Her overall weight has been reduced thanks to carbon fibre technical components, the mast and the roll bar. 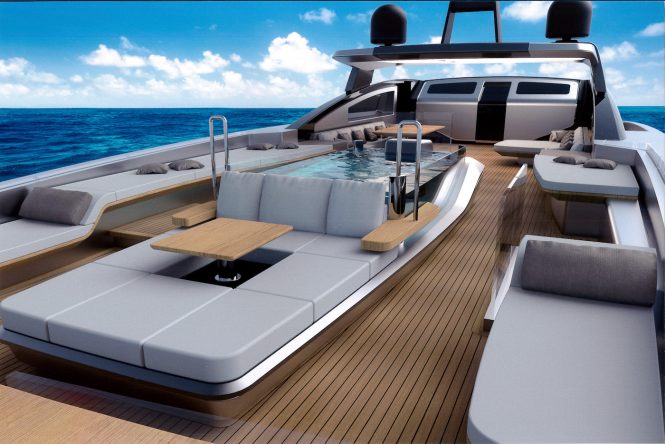 The modern and powerful look has been achieved thanks to the straight bow and large irregularly shaped windows, allowing for the great amount of natural light to enter the interiors.

The main deck features a spacious main saloon and a separate dining area by a designer ‘green wall’. On the same deck, there is the full-beam master suite with a walk-in wardrobe and a bathroom with hammam. There are two fold-out balconies on each side. 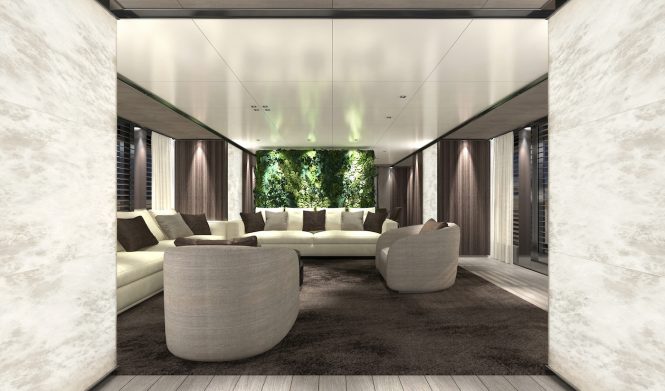 Guest accommodation is situated on the lower bridge, together with a professional galley. This deck also hosts the captain’s cabin, two double cabins, the laundry and the crew mess. Aft, behind the engine room, is the semi-float-in garage, storing a 17’ tender with a pleasant beach area further aft. This space can be opened on three sides and is fitted with a beach platform offering very easy access to the sea. 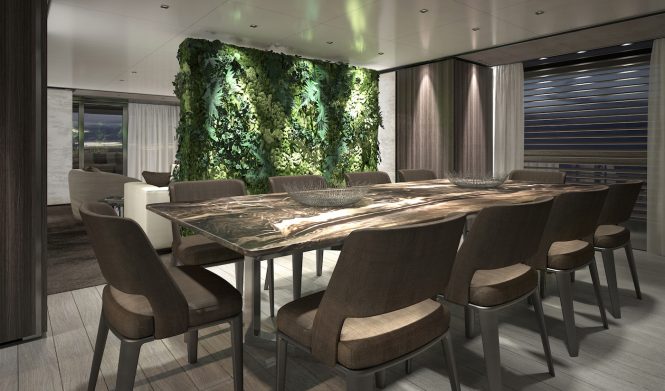 One of the special features is the spacious flybridge, offering a large custom-made pool with counter-current swimming system as well as a spacious sunbathing area to the bow.

PANAM is expected to be delivered in 2020. 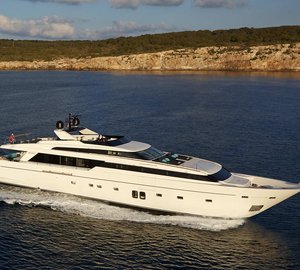 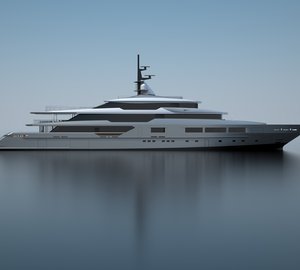 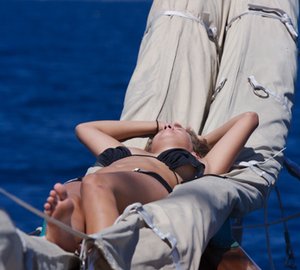