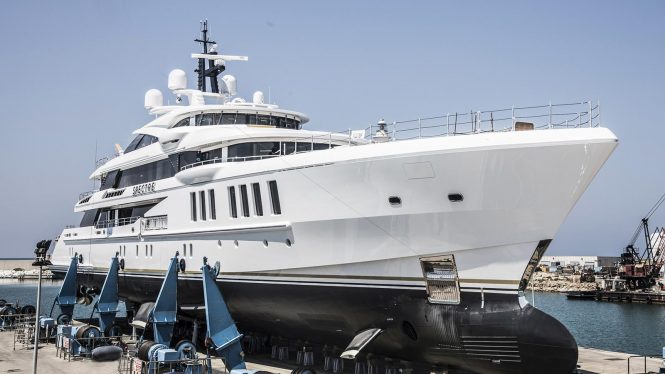 Experienced owner Staluppi is known for his love of the James Bond lifestyle and his two previous vessels from the shipyard were named M/Y ELYSIUM (ex QUANTUM OF SOLACE) and M/Y DIAMONDS ARE FOREVER.

Fully-custom M/Y SPECTRE, previously known as HULL FB 269, covers five decks and is constructed from steel and aluminium with a helipad and swimming pool on board. Mulder Design created her naval architecture and has done so for John Staluppi superyachts since M/Y OCTOPUSSY in 1988, while the exteriors are the work of Giorgio Cassetta and interiors from the Benetti in-house team. A Liberty and Art Deco theme was applied to the shared guest areas and given a contemporary twist with such details as the use of Armani fabrics.

For increased stability while on the mover, she is fitted with Ride Control technology by Naiad Dynamics, consisting of four stabilising fins and three vertically adjustable blades. Using Mulder Design’s Hi Speed Cruising Hull, she is capable of 30% greater speed and efficiency, able to cover a range of 6,500 nautical miles at a cruising speed of 12 knots with a maximum speed of 21.2 knots.

Luxury yacht SPECTRE is constructed with two Master suites, one of which contains a private terrace and sun lounging area as well as a hydro-massage tub. Two VIP staterooms on the main deck and two other guest cabins on the lower deck complete the accommodation to sleep up to 12 guests.

The Benetti shipyard is about to enter a period of successive deliveries with seven hulls due over the course of 2018/2019, including three mega yachts over 100m/328ft. 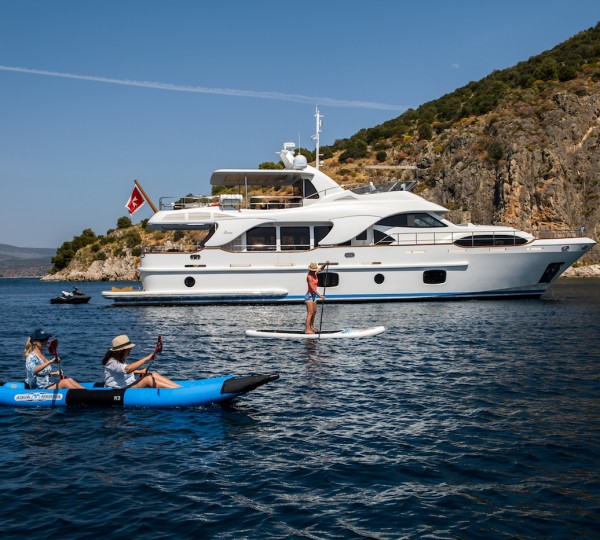 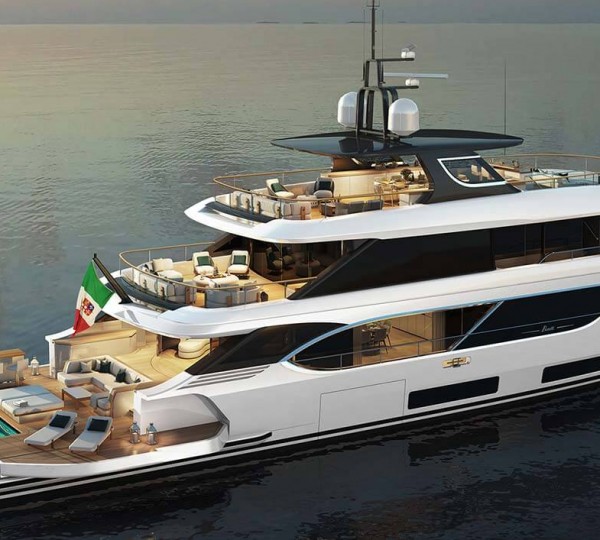 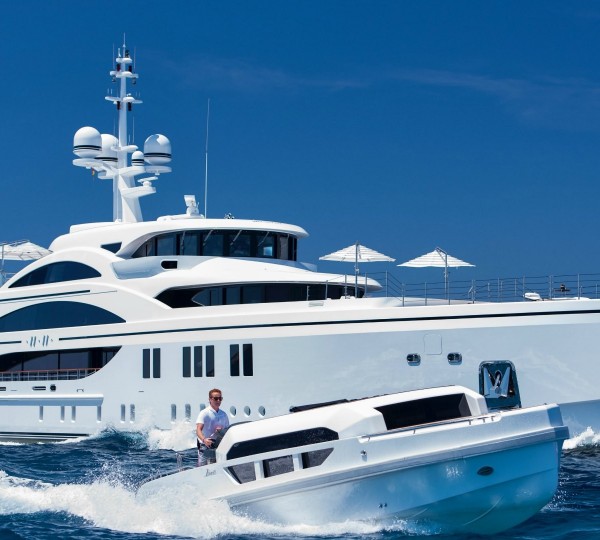 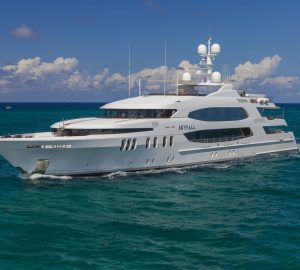 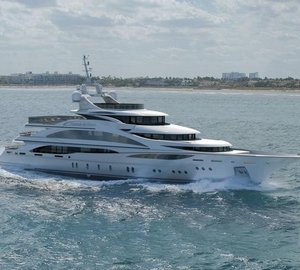 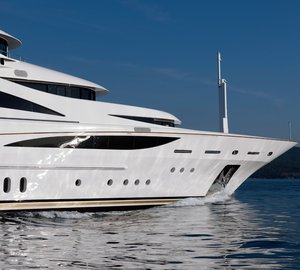