The Italian Azimut|Benetti Group, the world’s top builder of yachts and superyachts, will be one of the star attractions of the first must-see Autumn Boat Show, Cannes Yachting Festival, set to be hosted by the fantastic French Riviera yacht holiday destination – Cannes from September 9 to 15, 2014. The Group will be showcasing Azimut Yachts, as well as Benetti brands, including the Benetti motor yacht Ocean Paradise – at 55 meters the largest superyacht to be displayed at this year’s event. The constant research and development efforts, together with the new know-how sharing methods between Group brands, have led to remarkable results. 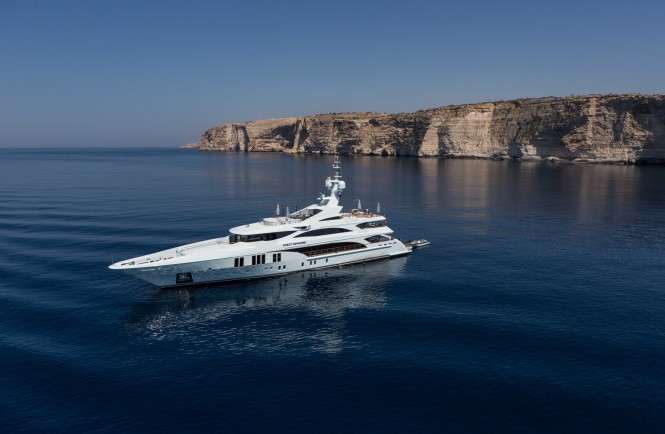 Azimut Grande 95RPH superyacht reaches the Atlantis, Magellano, Flybridge and S collections. Among the major innovations introduced on board of the new 29-metre yacht are: its Raised Pilot House, an extensive, over 60 sqm flybridge, and the very distinctive layout of the internal spaces, which include four VIP cabins in addition to the master suite.

The uniqueness of this exclusive cruising experience begins with new features introduced by Stefano Righini, responsible for the concept design and exterior lines. The point of departure is the separation of the pilothouse from the main deck through the creation of a half deck. This move increases the space dedicated to the boat owner and guests, maximizing their privacy in relation to the crew. All this is accomplished without weighing down the exterior lines and continuing to honor that elegant quality that the Azimut Grande Collection is known for.

The interiors are designed by Studio Salvagni Architetti. They feature an eclectic and contemporary style with every detail produced by master Tuscan craftsmen in precious and exclusive materials. A very effective feature is the stair that connects the decks with backlit honey-colored onyx steps. It is an impressive sculptural element. 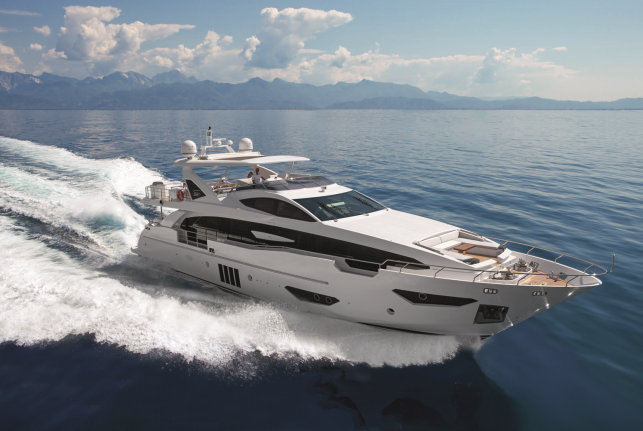 The real gem, with a sporting spirit, is the luxury yacht Azimut 77S. With an elegant exterior profile and precious interiors and finishings, it sold four yachts during the pre-launch stages, and stands the chance of being a sure hit and the new benchmark for sporty boats. Great performances and low fuel consumption are guaranteed by the three engines Volvo IPS propulsion and by the new innovative hull.

Another recent launch is the Azimut 50 Fly, which is also making its debut here. The 15-metre craft from the Flybridge Collection is an imposing vessel with very effective style solutions. The 17.5 sqm flybridge is the largest in its category.

And after Cannes, the Azimut Yachts novelties continue. Azimut Yachts is preparing to launch two more models during the first months of 2015, thus expanding every one of its brand’s collections: Azimut Atlantis 43 and Azimut 66 Magellano. 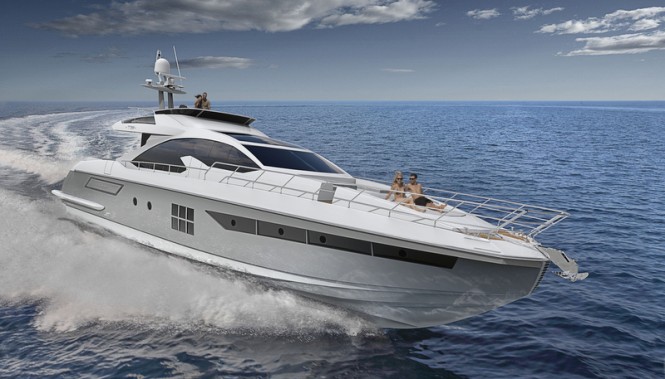 BENETTI ‘ON STAGE’ WITH THE BRAND NEW TRADITION SUPREME 108’ AND ITS FLAGSHIP, THE OCEAN PARADISE, THE LARGEST MEGAYACHT AT THE BOAT SHOW

The Group brand devoted to megayachts is sure to stand out in Cannes, given its exceptional “size”. Indeed, the 55-metre Benetti superyacht Ocean Paradise, the queen and flagship of the Benetti shipyard, will be the largest vessel on show at the Cannes Boat Show.

But the greatest Benetti novelty that is most likely to capture the attention of yacht owners and enthusiasts alike will be the 33-metre motor yacht “My Paradis”, the first of the three Tradition Supreme 108’ yachts currently being built. This new model represents the three-deck entry level craft of the Benetti Displacement Class, the range of displacement yachts made out composite materials measuring between 93’ and 145’. 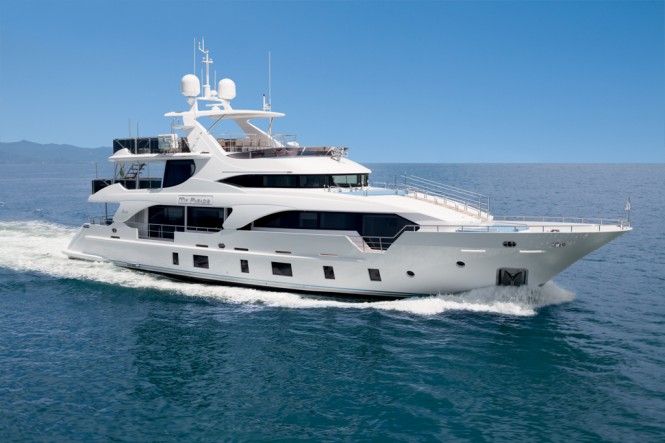 Benetti thus reinforces its leadership in the sector with an extremely innovative yacht. The My Paradis yacht, with its exterior lines designed by Stefano Righini, has three decks plus a sundeck, the first of the craft’s distinctive features: the upper section of the superstructure, the roll bar and the hard top are in carbon fibre, a choice made by our Benetti technicians to make the superstructure lighter and endow the ship with greater stability.

The yacht, hosting up to 12 guests, has been equipped with a new hybrid system that will allow you to navigate, as well as the traditional main engines, also using two 35 kW electric motors connected directly to the regulators / inverters of the main dieselelectric propulsion. The electric motors are powered directly by generators allowing to navigate up to a speed of about 6 knots. This configuration will allow to minimize noise and vibration while maximizing comfort. 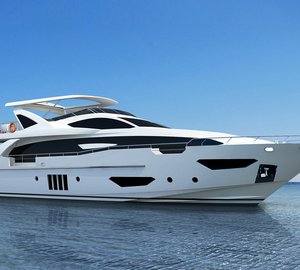 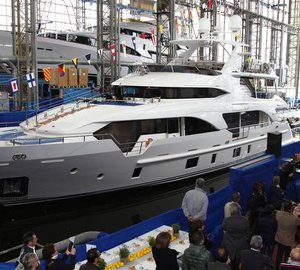