Sample itinerary for their Bormes yacht base: The French Mediterranean is a ... 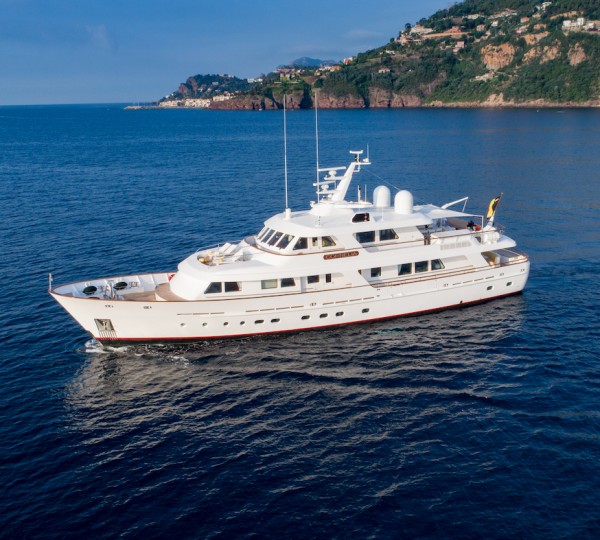 Sample itinerary for their Bormes yacht base:

The French Mediterranean is a privileged region for a bareboat yacht charter. The sweetness of the climate, the beauty of the landscape, the variety of the stops are all associated with perfect bareboat charter sailing conditions.

The wind is normally barely very strong during the charter season and the sea is generally quite quiet. The French Riviera tides and currents are mostly negligible as with most of the Mediterranean. The Cote d Azure coastline and shores are known to be very safe for yacht chartering. There is also numerous bays and anchorages that provide great shelter, and the water visibility is exceptional. A nice place to start in France is in Bormes which is located right in the center of the most beautiful cruising destinations in the Riviera.

If you have only one week on your French Riviera yacht charter you can discover the Côte Varoise and the Iles d'Or. Then, less than 15 miles away you can discover the islands of Le Levant, Port Cros and Porquerolles which offer their exotic charm.  There is also the safe moorings of Cabasson and Léoube which lie under the lee of Cap Bénat, not to mention the bay of Cavalaire and Cap Lardier.  The most prevalent wind direction will take you on a broad reach for 30 miles to St-Tropez, St-Raphaël and Agay which await you in all their fame and splendor.  Then you can sail your yacht to Cannes and the Iles de Lérins which are only 10 miles further east along the Riviera. In the west there is Cassis and the Calanques of Port-Miou, Morgiou, and Sormiou which are less than 50 miles away.

If you have two weeks (highly recommended) or more aboard your French Riviera bareboat you can set sail to Corsica, Sardegna or the Balearic islands which are part of Spain. From Bormes the closest Corsican harbour is Calvi at 110 miles. Before reaching Bonifacio, which is 90 miles from Calvi, you will have a large choice of anchorages along the rocky west coast. In the Southwest, at 220 miles, you will find Minorca and the Baleares. You can reach them by a direct crossing, or with stops on the French Côte Vermeille, or on the Spanish Costa Brava.