Today will be not so much about cracking the Da Vinci code, seeing how the ...
Browse News Section

Today will be not so much about cracking the Da Vinci code, seeing how the devils and angels duels play out on the 52 Series coastal race today at the Region of Sardinia Trophy regatta. 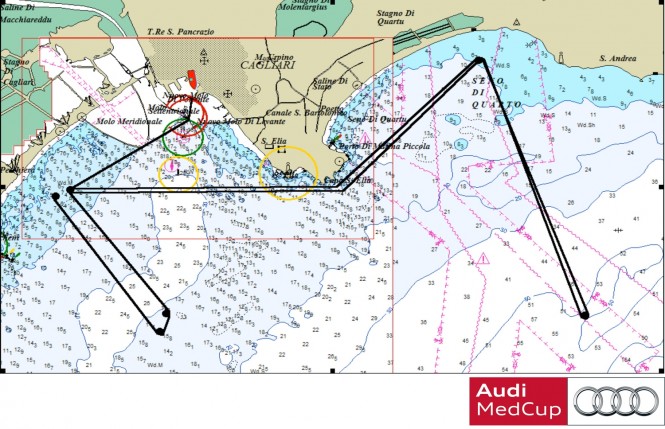 The coastal race spans the Bay of Cagliari, passing the Sella del Diavolo (the devil’s saddle) and into the Bay of Angels off the beautiful beach at Poetto. This whole area is a the subject of a mythical battle between Lucifer and the angels over the Gulf of Cagliari. The devil was supposedly ejected from heaven and landed on the point which has the silhouetted shape of a saddle.

Such is the mythical background to today’s race area. Renowned actor Jean Reno will sail today on board Audi A1 powered by All4ONE. He is the star of a number of big movies which would ideally fit the various different plot lines at work on the Gulf of Cagliari. For Matador, who lead the regatta and lead last year’s coastal race until they stalled, running out of breeze at the Capo St Ellia, their task is to crack the race track’s Da Vinci Code. And for Quantum Racing there is perhaps the knowledge that their Reno themed title might be Mission: Impossible?

The forecast is for a light to moderate SE’ly sea breeze. The course has always been a tricky one with lots of transition zones, passing that Capo St Ellia in both directions, plus the usual opening windward-leeward circuit which often sorts out the initial order. And the finish is set right inside the harbour in Cagliari.

After yesterday’s damage sustained in the collision with Audi All4One, Bribon will not be able to compete in the rest of this regatta. The Spanish boat was not at fault in any way and has been granted redress. Bribón has been scored third place in Race 6, 8 points in today’s coastal race, and 5.3 points in races eight, nine and ten.

For the 42 Series there will be three windward-leeward races scheduled. 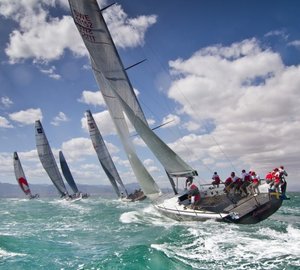 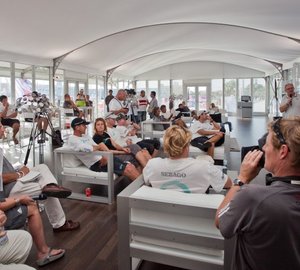 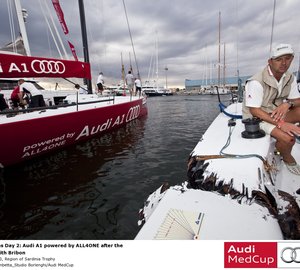 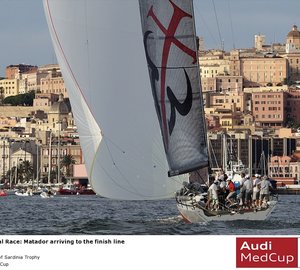