The 85m/278.10ft superyacht PROJECT VICTORIOUS is nearing completion at the ...
Browse News Section

The 85m/278.10ft superyacht PROJECT VICTORIOUS is nearing completion at the AKYACHT shipyard in Turkey after 14 years in construction. 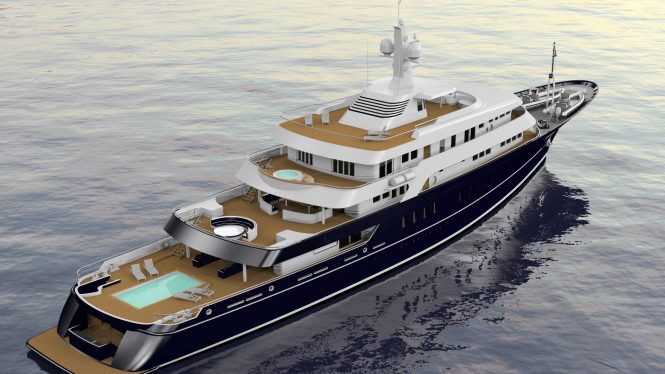 Originally known as the 77m/252.7ft PROJECT GIN TONIC II or HULL U-77 at Chile-based Marco Yachts, she had the exterior styling of Michael Leach Design and was created as an explorer yacht. Her keel was laid in 2006 however the project ground to a halt in 2011 before she was rescued by New Zealand superyacht Owner Graeme Hart and towed to Auckland. The explorer yacht took on the name PROJECT WETA and in 2013 it was taken up to Whangarei but was listed for sale still unfinished shortly thereafter.

In 2016 she was sold and went across the world again, this time to Turkey to the new shipyard AKYACHT, and construction commenced again under the name PROJECT GRAND SERAGLIO, and later to PROJECT VICTORIOUS. One of the first tasks was to extend her length to 85 metres by adding a bowsprit and an additional 6m/19.8ft in the stern for a swimming pool within the beach club in the lower deck. The Owner’s deck was also increased in size, and the sundeck replaced by an enclosed top deck.

E/Y PROJECT VICTORIOUS was expected to be completed in May 2019, however she is now expected to launch at the end of 2020 following a late change to the interior styling from a Turkish designer to British studio H2 Yacht Design. While some of the original materials for the interiors are still being integrated, the new design adds more textures for a light and contemporary feel. 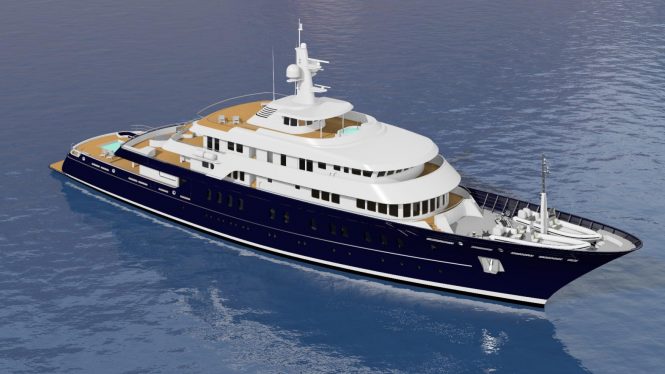 Teak and while oak are the main wood varieties used for the rooms, with accents in eucalyptus, Macassar and walnut. This is complemented by Silver travertine and Calacata marble, onyx and slate. Rippled glass is used to divide the social spaces while still allowing through plenty of natural light, and the ambient settings are finished with leather, linen and accents in hammered bronze.

The lower deck beach club is the first area many guests and visitors will encounter on board, and this welcoming environment is designed with a lounge, gym, a beauty salon, spa massage room and hammam, three fold-down terraces and the central feature, a 5.5mx2m (18ftx6.7ft) contra-flow freshwater or saltwater swimming pool for use at any time of the day while at anchor. There are four beautifully finished cabins on this deck that could be used by guests due to their quality, but are instead reserved for additional staff and/or crew.

On the main deck, the galley has been designed in collaboration with a professional chef, and as meals are being prepared guests can relax with a film in the soundproofed 10-seat cinema room that doubles as a games room, and younger children have their own playroom. Five guest cabins are situated on this deck, the largest being the VIP stateroom with its own integrated lounge. The tenders and larger water toys are stored on the main deck aft to make room in the beach club. The section has two large cranes capable of lifting up to six tonnes for safe and efficient launch and retrieval of the vehicles.

The upper deck treats guests to a sky lounge, formal dining room and connected cocktail lounge, and an observation lounge forward looking out over the touch-n-go helipad on the bow. The aft section has had the overhang extended to create a sheltered alfresco dining area combined with glass windbreaks and outdoor heating for use beyond the warm summer season, and a Jacuzzi is also placed aft for the group to unwind in the sunshine. 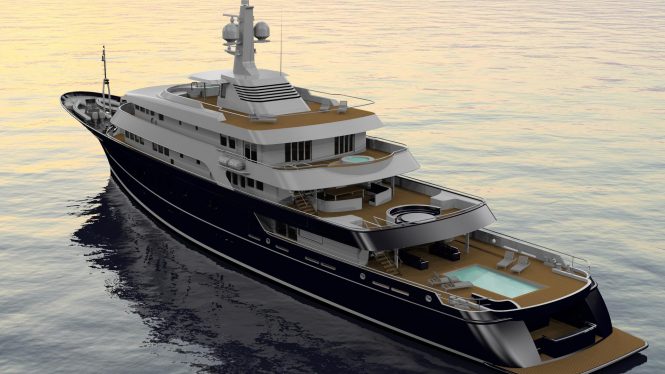 The Owner’s deck is also the bridge deck and makes use of the hull extension to increase the room in the en-suite bathroom. A private Jacuzzi is aft for the Owner’s use, and forward, there are two cabins that can be used by children or staff.

Lastly, the top deck features a smoking room that comes fitted with a walk-in humidor, wine cellar and bar. The beautiful colours and textures are set off by the abundance of natural light provided by the overhead skylights, while open-able forward windows and glass sliding doors aft let fresh air circulate through the room. The fireplace surrounded by marble is an atmospheric and eye-catching addition, perfect for guests to relax around on autumnal evenings.

The generators have been changed for better power management: Originally PROJECT VICTORIOUS came fitted with CAT 3512B main engines and four CAT C9 generators at 200 kW each, which did not provide enough power when underway. Two of these generators have been replaced with the C18 generators of 465kW. Another adjustment has been the addition of a second pair of Quantum stabiliser fins to make her 25% better at reducing roll effects than on just one stabiliser pair. 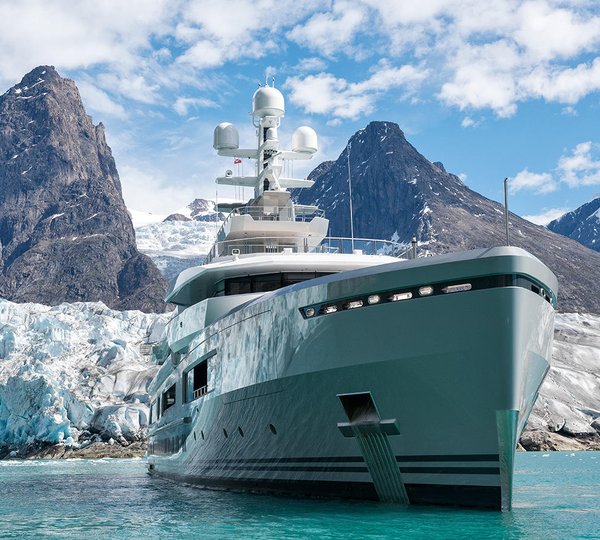 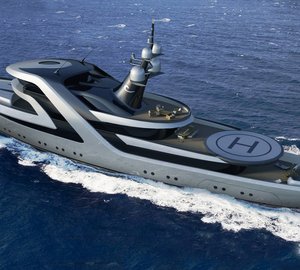 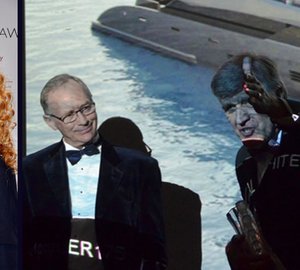 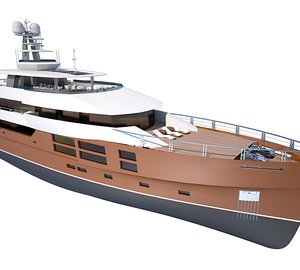 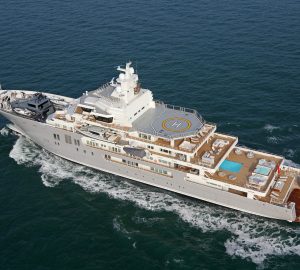