Veritais has successfully completed what is possibly one of the world’s largest ...
Browse News Section

Veritais has successfully completed what is possibly one of the world’s largest superyacht audio visual installations for Control 4, performed aboard the striking 73m charter yacht TITANIA (ex Apoise). Providing unforgettable mega yacht charter holidays in the Mediterranean, Indian Ocean and the Caribbean, the outstanding motor yacht TITANIA has just benefited from an entirely new level of audio visual system, fully controllable via touch screens in every cabin, covering everything from TV and movies to lighting, blinds, air conditioning and CCTV. 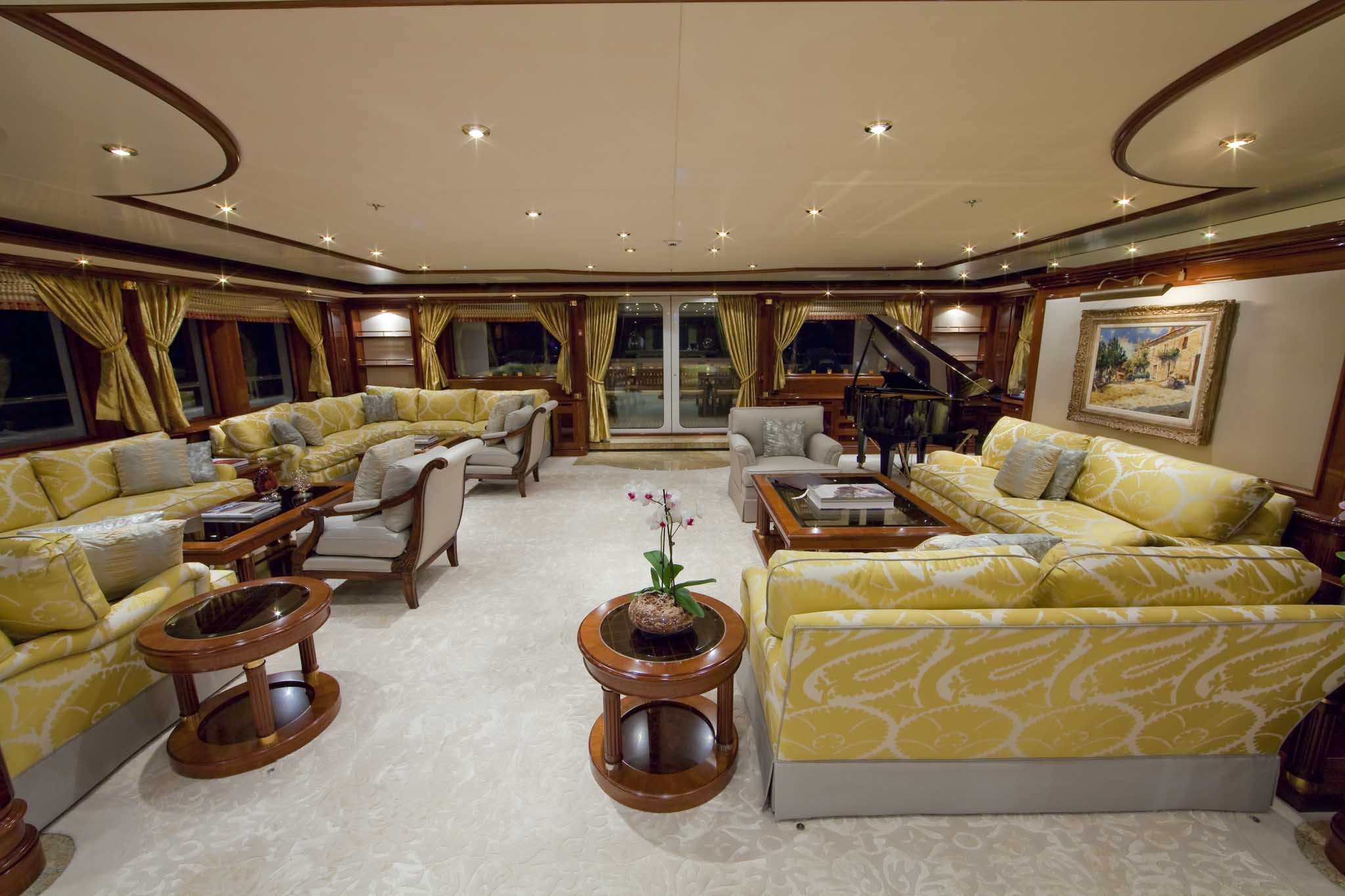 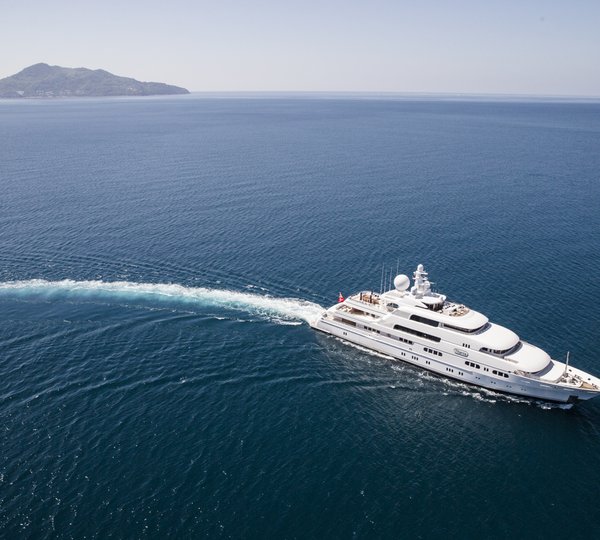 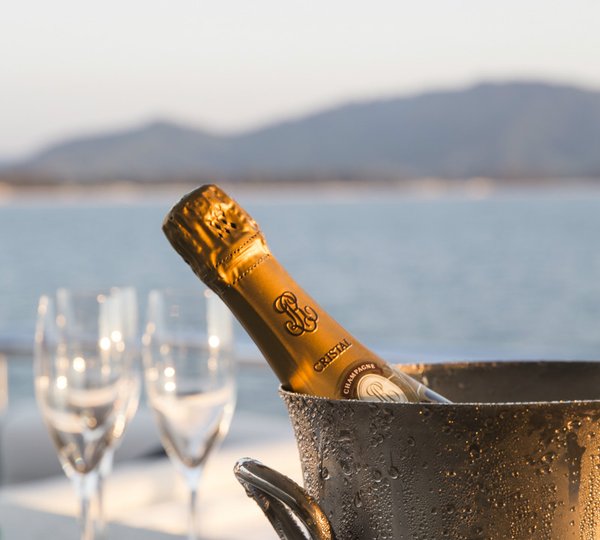 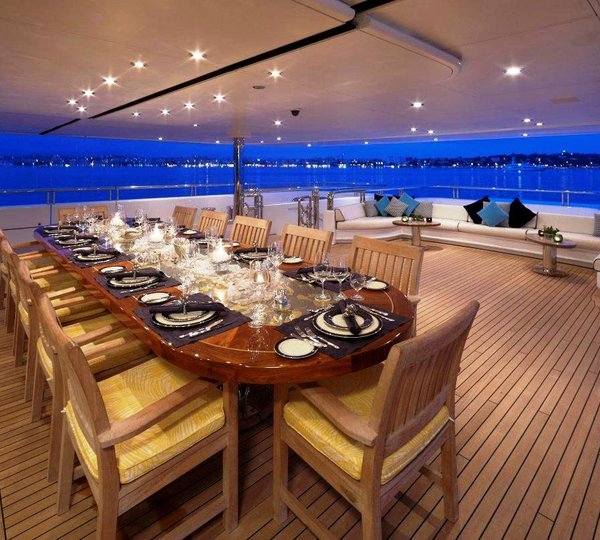 “This is one of most far reaching AV specifications with Control4 that we have ever designed,” said Veritais’ David Milner. “Veritais had been recommended to the owner and engineer, and following our successful proposal, we have been able to source and integrate the most advanced products on the market, enabling us to continually use new technology as it becomes available.”

The system for TITANIA yacht consists of independent zones that can play video and audio sources locally as well as sharing the media stored on the network drive. The main areas each feature a  wireless 7” Touch Screen which will deliver full control of the zones’ AV systems including the TV, amplifier, media player, DVD player, TV lift, lighting, heating and blinds. The main controller for the system is manufactured by Control4 and manages the entire system. 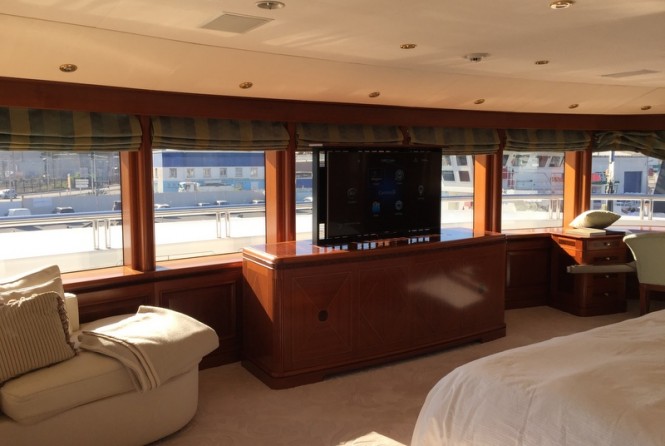 Veritais performed a major rewiring programme as well as provided a large amount of new equipment including 16 Sky HD decoders and TVs for each room, 16 in total, installed in each cabin and general area along with the 7” tablet for complete control including music browsing as well as TV and accessing the main movie server.  TVs and speaker/amplifier systems are also fitted in the areas, including owner’s study, massage room, guest cabins, and main deck lounge, bridge deck saloon and dining area where Sony 75” or 49” TVs are installed. Zones can be ‘grouped’ to all output the same music or video, in ‘party mode’. The Jacuzzi area and sundeck also boast similar AV systems.

Moreover, the company has also installed an upgraded wi‐fi network throughout super yacht TITANIA (ex Apoise) to ensure high availability and commercial strength security, which, given the structural density of the yacht and her size, needed specific and robust solutions. Three Cisco switches have been installed totalling 144 ports of gigabit and POE which will provide a robust and flexible network backbone for connectivity.

Furthermore, at the touch of a finger on the Control4 pads is lighting and blind control. All lighting ‘scenes’ are programmed into the system and controlled and enabled via the touch screens. Similarly heating and air conditioning is included. Crew and guests can also see the navigation charts of their location on their individual cabin screens.

Veritais will return to the impressive 73m TITANIA superyacht in the upcoming few months to fit out a cinema fit out with a 3-metre screen.